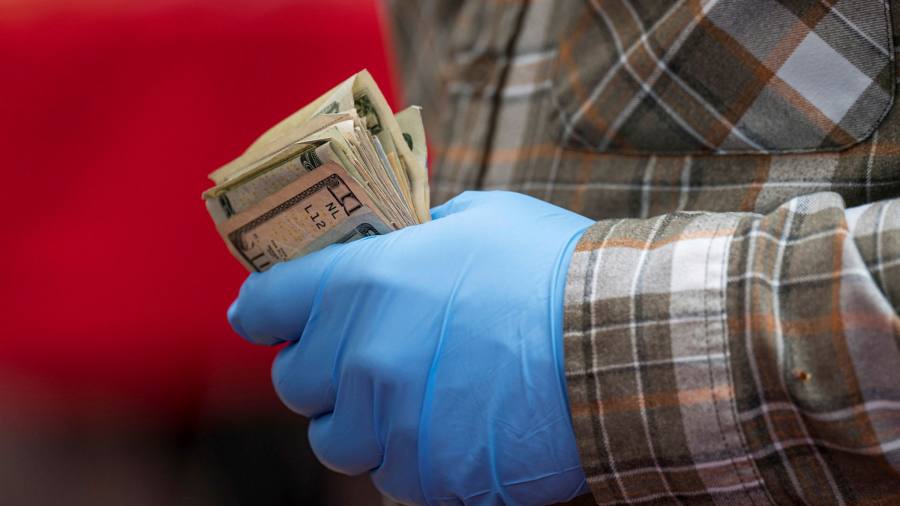 Investors pulled the most amount of money out of US junk bond funds since the depths of the coronavirus induced sell-off, as investor appetite for lower-rated debt shows signs of waning.

Junk bond funds saw a $3.4bn withdrawal for the week ending July 1, according to data from EPFR Global. The redemptions broke a 13-week streak of inflows in which $54bn was added to the fund group, and marked the biggest weekly outflow since the middle of March.

Investors chalked up the exodus to rising concern over the outlook for the US economy as cases of Covid-19 have started rising again, coupled with an eagerness to crystallise profits after a ferocious rally sparked by historic central bank intervention.

“There is some investor caution, but it is not investor fear,” said Ashish Shah, co-head of fixed income at Goldman Sachs Asset Management.

Since March, the Federal Reserve has cut interest rates to zero, announced an unlimited asset purchase programme and pledged to pump trillions of dollars into the financial system via 11 emergency lending facilities aimed at shoring up an unprecedented range of asset classes. The measures include programmes to support corporate credit markets, including junk bonds.

The pledge of support had helped propel high-yield bonds, with returns topping 9 per cent in the second quarter, the best showing since the financial crisis in 2009.

Nonetheless, investors have viewed the rally with scepticism, given the dire economic projections for the year as a result of the coronavirus outbreak. Cases are picking up across the US, and once-reopened cities and states have begun to shutter again, sparking fears that the nascent recovery will begin to wane.

“It is time to be taking money off the table,” said Andrew Brenner, head of international fixed income at National Alliance Securities.

On Monday, nearly $900m was withdrawn from the popular high-yield bond exchange traded fund known by the HYG ticker, the largest one-day outflow for the ETF since the middle of March.

Spreads on high-yield debt, which measure the extra yield investors demand to hold the bonds over a similarly maturing government note, have nonetheless declined this week, although they remain above a June low.

Investors attributed some of the weakness to the wave of bond sales that has inundated the market. A record $66.8bn of debt was issued by high yield-rated companies in June, including $47.8bn in the US, according to Refinitiv.

“These Fed programmes are primarily to create liquidity for the issuer base,” said John Yovanovic, the head of high yield portfolio management at PineBridge. “My sense is that over the last three weeks they were overly successful and we had a massive new issue calendar and our market got fatigued.”