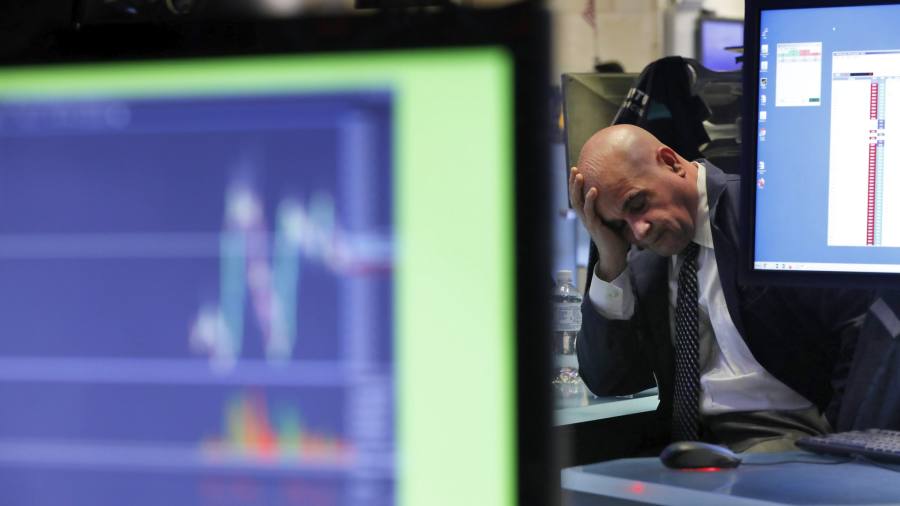 Junk bond funds suffered their biggest outflows in more than a year during the market tumult of the past week, with more than half the withdrawals coming from a single exchange-traded fund.

Investors pulled $6.8bn from mutual funds and ETFs that invest in global high-yield bonds in the week through to Wednesday, according to EPFR Global data, including a total of $4bn from BlackRock’s flagship high-yield ETF, known widely by its ticker HYG.

Investors pulled $1.5bn from HYG on Tuesday alone, a record single-day redemption, helping drag the ETF’s assets down to $14bn by the end of Wednesday. In January, the fund’s assets sat at $20bn, near an all-time high.

The second-largest junk bond fund, State Street’s JNK, suffered $1.2bn in redemptions for the week ended Wednesday, including $890m pulled from the fund on Tuesday, its biggest one-day redemption since the fund launched in 2007.

The move away from high-yield bond funds mirrored a wave of selling activity across riskier assets as investors shifted into safer corners of the market, anticipating the economic impact of the coronavirus. The selling hit fever pitch on Thursday when US equities suffered their worst single-day loss since 2011.

Tony Rodriguez, head of fixed income strategy at Nuveen, said sharp selling in junk bonds was reminiscent of the financial crisis. “This creates the possibility of global recessionary conditions. For most people it’s still not the base case but the downside is still significant from here.”

The pressure on risk assets had widened the difference in the yield on high-yield bonds compared to the equivalent ultra-safe US Treasury bonds. The spread was 462 basis points on Thursday evening, according to the Ice Bank of America High-Yield index, 100bp higher than a week ago.

The sell-off weighed on the performance of high-yield funds. Fidelity’s $1.7bn High Income Advantage fund, which invests across bonds and equities, stands out as one of the worst performers in Morningstar’s high-yield bond peer group, returning negative 3.5 per cent over the past week.

Nuveen’s High Income bond fund, which is more than 80 per cent invested in corporate debt, also struggled this week, returning minus 2.1 per cent.

“It’s not been the most fun week to be a high yield manager,” said Tom Stolberg, portfolio manager at Loomis Sayles, the Boston-based fund group. “If you didn’t think things were at fair value a week ago, they have certainly moved in the right direction.”