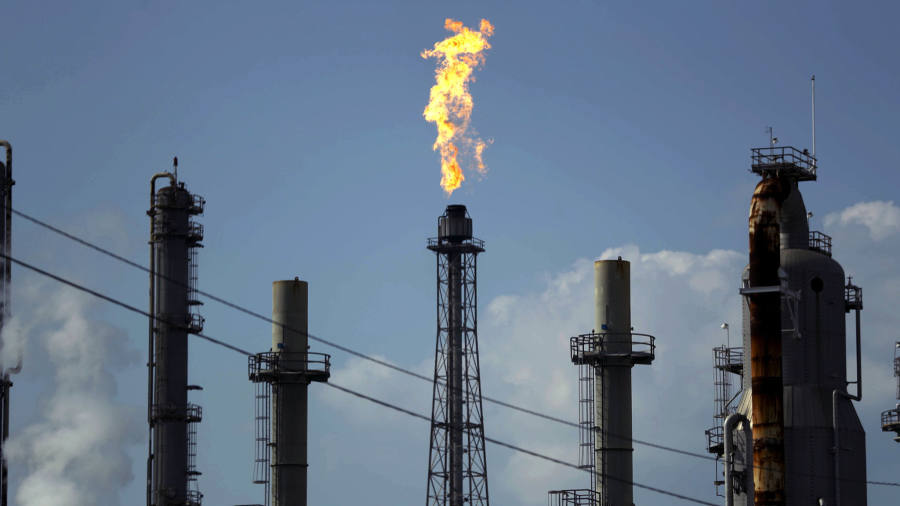 The riskier end of the corporate bond market has suffered a sharp blast of nerves in response to the slump in oil, with prices dropping and the cost to investors of insuring against defaults rising higher in Europe and the US.

After a dispute between Saudi Arabia and Russia erupted over the weekend, sending oil prices down by more than a fifth in Monday’s trading, bonds issued by US shale producers felt the strain.

The cost of insuring against the default of US high-yield bonds soared to 606 basis points on Monday, surpassing its peak during the last period of turmoil for energy debt in 2016, according to data from IHS Markit.

The stress is stirring concerns that investors could be in line for pain across the asset class.

“The weekend oil market developments could barely have come at a worse time for the US high-yield market,” said Craig Nicol, an analyst at Deutsche Bank. “A near 20 per cent plunge for oil overnight is likely to result in carnage in the market today. The big question, though, is contagion to the broader high-yield market outside of energy. In our view it is inevitable.”

Safer corporate bonds are already creaking, with investment-grade default protection also jumping to 125 basis points, the highest level since 2011, marking the biggest run-up since the collapse of Lehman Brothers in 2008. Meanwhile, BlackRock iShares’ high-yield bond exchange-traded fund, known by its ticker HYG, sank 4.8 per cent in pre-market trading, reaching its lowest price since the end of 2018.

A number of other energy companies that have loaded up on debt have also already suffered, including Laredo Petroleum, Antero Resources, Oasis Petroleum, Range Resources and California Resources. Natural gas provider Chesapeake’s bonds maturing next year dropped from 70 cents on the dollar to 56 cents on Monday.

“We are on the cusp of a new round of energy company restructurings, both in and out of court,” said John Dixon, a high-yield bond trader at Dinosaur Financial Group. “With many of these companies already spending more than [their] cash flow, look for draconian cutbacks in capital expenditure, which will further crimp already distressed servicers and suppliers.”

Rating agency Moody’s noted in a report in February that North American exploration and production companies had $86bn of debt coming due before 2024, peaking in 2022 for lower-rated issuers.

Access to bond markets has already become strained for energy companies, raising the risk that they will be unable to refinance their debt, pushing them into bankruptcy.

“Recent investor behaviour suggests that . . . companies will continue to experience unusually tight access to capital compared to previous years, and to other industries, significantly raising their medium-term cost of capital and risk of default,” analysts Sajjad Alam and Steven Wood said in the report.