Kids are interrupting live interviews for BBC and Sky News 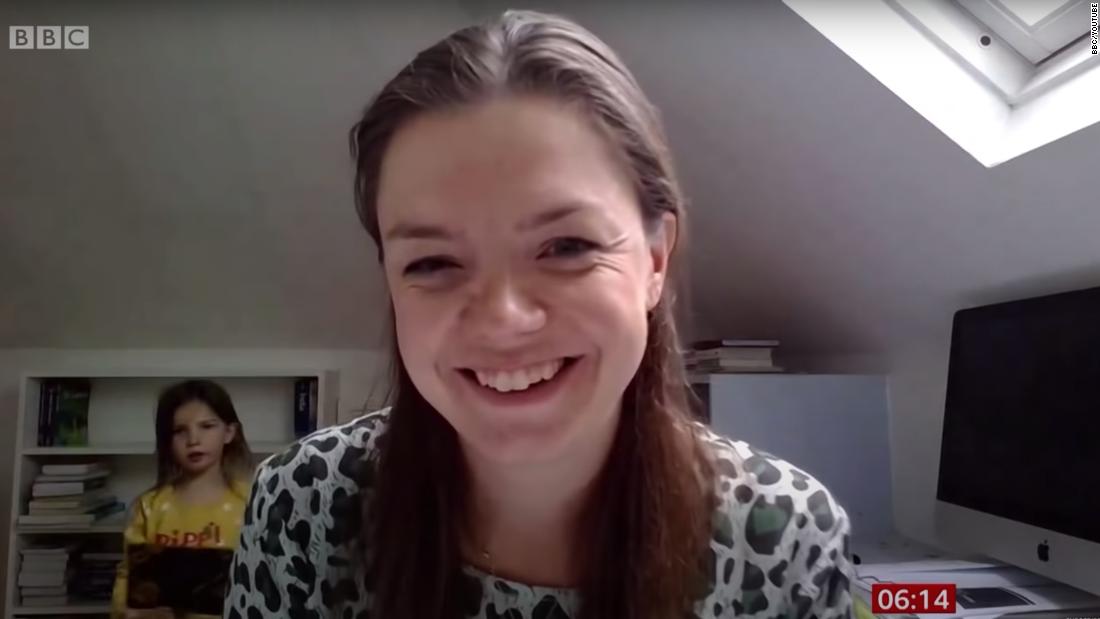 Dr. Clare Wenham, an assistant professor at the London School of Economics, was discussing the lockdown in the United Kingdom on BBC when her young daughter strolled in to conduct important research of her own in the background: Where should she put her framed unicorn picture?

Anchor Christian Fraser offered his own real-time analysis as the interview continued: “Scarlett, I think it looks better on the lower shelf.”

Later that day, Sky News foreign affairs editor Deborah Haynes experienced a similar disruption when her young son entered her home office to ask for a snack. Haynes paused her analysis of China’s new Hong Kong laws to gently ask her son to leave the frame — but her son seized the distraction to ramp up the negotiations.

“Mum, can I have two biscuits?” he asked, tapping his mother on the shoulder. She relented, later tweeting: “I can confirm that his high-stakes negotiating skills netted him two chocolate digestives.”

Twitter users across the globe ate up the sweet moments, with some drawing parallels between the two mothers’ interviews and their own challenges working from home with young children during the pandemic. Others criticized Sky News for cutting Haynes’ interview short.
But these lighthearted moments offer a glimpse into the difficult realities working parents are facing during the pandemic. Many have struggled to juggle the demands of childcare with employment in the absence of school, daycare, and camp. With some of the largest school districts in the country having not yet announced plans for returning in the fall, parents may have to continue this balancing act for the foreseeable future.

In a tweet, Wenham acknowledged this difficulty, and thanked social media users for the “kind words normalising the work-parent balance that so many are juggling amid [the coronavirus] chaos.”

She also confirmed that Scarlett had finally decided upon a shelf for her drawing.