Labor Market Throws A Party, But Stock Market On Edge Amid Yield Fears 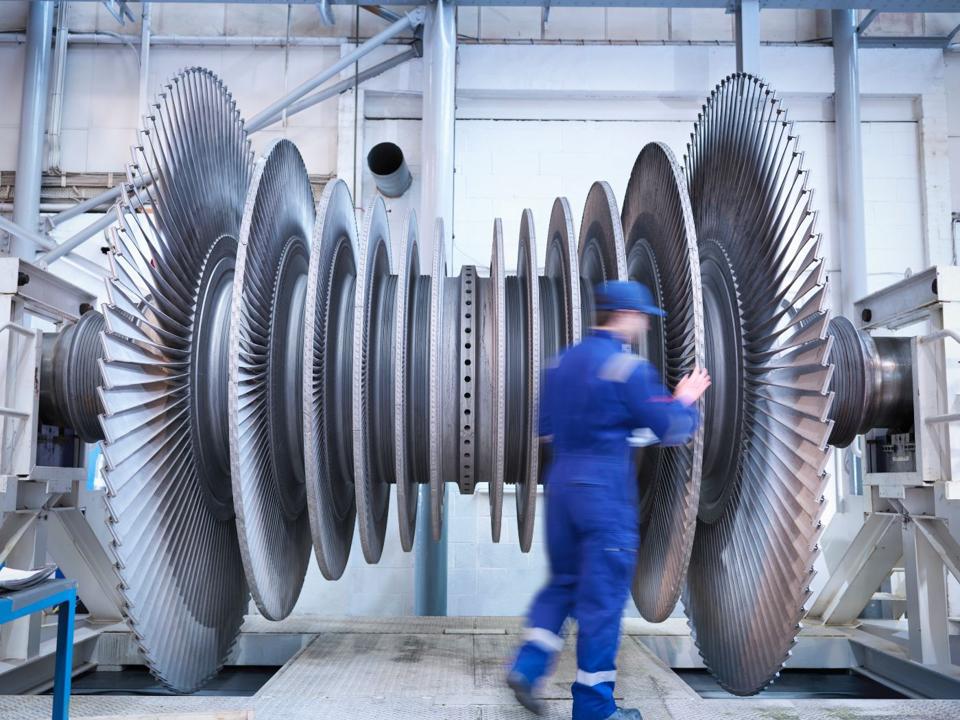 Typically a big jump in job creation gives the stock market a tailwind. Maybe not so much this time. Instead, Friday’s surprisingly strong February jobs report helped push the 10-year yield to a new one-year high above 1.6%, bringing a mixed response on Wall Street.

February jobs growth of 379,000 easily exceeded the average analyst estimate of 200,000, and jumped from an upwardly revised 166,000 in January. But remember, we seem to be at an inflection point between “good news” being good or bad for the market. Strength in the economy has many investors worried about overheating, especially as the Fed continues to keep monetary policy extremely accommodative.

There’s also still some horse-trading going on regarding the House-passed stimulus bill, and strength in the jobs numbers can raise the voices of those suggesting the $1.9 trillion price tag could be dialed back. Arguably, a big round of stimulus is priced into the market.

Thursday saw major indices drop 1% to 2% based on fears that higher Treasury yields might eventually start to squeeze company earnings. In pre-market trading Friday, stocks initially recoiled from the big jobs numbers and accompanying rise in yields, but then began clawing back.

The Numbers Behind the Jobs Numbers

Looking over the jobs report, most of the surge came in the Leisure and Hospitality sector, which swelled by 355,000 jobs as lockdowns eased, the U.S. Department of Labor said. On that note, remember that this sector doesn’t tend to have the highest-paying jobs, so the market’s sudden reaction to the overall report may be a little bit overdone. There’s nothing wrong with jobs as a bartender or waiter, but they’re not necessarily the positions that would overheat the economy if they get filled.

Retail trade—another reopening sector—also did well last month, adding 41,000 jobs. Manufacturing jumped by 21,000. But construction jobs fell for the second month in a row. This partly reflected the severe winter weather, so maybe come back in another month for a better picture of where the construction industry is going.

The average workweek declined by 0.3 hours in February, which also may reflect the weather. Actual unemployment slipped to 6.2% from 6.3%, while there was little change in the long-term unemployment numbers or labor market participation.

So except for the big build in the reopening sectors, this report shows the labor market in a bit of a holding pattern. There’s not much here that would normally raise inflationary fears, but Wall Street is so tense about prices and economic overheating that it seemed geared up to react that way. It was almost reflexive when people saw that big headline number but hadn’t had time to digest the full report.

Other than jobs, it’s a day for watching the Treasury market. The 10-year yield hopped in early action this morning, continuing a rise from around 1.41% at the start of the week. It’s this relentless yield rally that, more than anything else, seems to have stocks on the defensive.

Growth stocks like Tech have taken it on the chin all week, and the yield rise this morning might put that sector on notice again. Investors also could have their eyes on Washington, where the Senate debates today on a proposed $1.9 trillion fiscal stimulus.

There’s some earnings news to ponder, too. Broadcom
(AVGO) shares are down a bit. They had good earnings results, but apparently not good enough for the market. And Gap
(GPS) had a very nice quarter—with apparel brand Athleta doing really well—and is getting rewarded in early trade, up 5%.

Crude is also getting rewarded, maybe in part by the jobs number that implies more solid footing in the economy. It’s above $65 a barrel now, the highest since early 2020.

Another Thursday to Forget

Wall Street has apparently decided to get ahead of the Fed by staging a “taper tantrum” before any actual taper, judging from the selloff we saw yesterday.

There’s no sign of the Fed rolling back its accommodative monetary policy in any way, but investors seem convinced the day will come. The feeling grew stronger Thursday when Fed Chairman Jerome Powell said the magic word, “inflation,” in public remarks, noting that reopening could create “upward pressure on prices.” Basically, Powell took everybody by surprise, kind of wobbling on the dovish tone he’d had last week. He sounded like he could see central banks starting to scale back monetary stimulus a little earlier than expected.

Wall Street responded with more selling, discarding bonds and stocks amid worries about economic overheating. Treasury yields boomeranged as high as 1.55%, not far below last week’s one-year peak and close to 15 basis points above this week’s lows. We noted this morning that the stock market has been getting shaky when yields top 1.45%, and that happened pretty quickly today. Keep in mind, however, that 1.5% or so is very low, historically.

Fear seems to be growing that the Fed might get “behind the curve,” as the saying goes, meaning basically it could be waiting too long to tighten policy as the economy emerges from the pandemic. Powell, of course, needs to focus on employment reviving, and that’s not really happening. Meaning the Fed isn’t in a hurry to roll anything back.

There’ve also been some rumblings about the proposed stimulus, which the Senate began voting on Thursday. This isn’t a political column, but some economists say the level of spending in the bill would have made more sense a few months ago but may be more than the economy needs now, according to the Washington Post. That could be playing into market concerns about possible overheating, too, though not all economists necessarily agree with that point of view.

Despite Selloff, Valuations Well Above Average

One more thing: If you were hoping this downturn has taken the S&P 500 Index (SPX) back to a more historically normal valuation, no dice. Even when you factor in Thursday’s losses, the forward price-to-earnings ratio of the SPX—based on analysts’ 12-month forward earnings estimates—remains near 22. The typical P/E is more like 16.

The Tech sector entered Thursday at an even higher valuation than the SPX. It’s up near 27 on a forward basis, according to CFRA. What we’ve seen these last few days is investors reassessing sectors like Tech where valuations are extended, in part because higher yields tend to take a bite out of future earnings growth. The Nasdaq
(COMP), where so many Tech stocks live, is now down for 2021.

The valuation is also extended in the small-cap Russell 2000 (RUT) index, which now trades around 24% above its 200-day moving average. That’s down from 33% the other day, however.

If you’re wondering about technical support for the SPX, it’s changing fast. Going into Thursday, it was near the 50-day moving average of 3817, but that got broken minutes into the session. Now you have to look at 3725, near the early February low. The SPX bounced off of that late in Thursday’s session (see chart below), but look out below if it carves further down tomorrow. The 100-day moving average of 3683 would be in sight. The SPX last traded below its 100-day MA in late October, and bounced off it twice last fall.

Meanwhile, volatility turned slightly lower early Friday but remains elevated, with the Cboe Volatility Index (VIX) above 27. It flirted with 30 yesterday. Any move back toward 30 could bring more pressure on stocks. If you’re bullish you’d like to see it under 25 to end the week, because that might mean a strong rally in stocks.

Tightrope Walk for Fed: You could argue that Fed Chairman Jerome Powell is walking a tightrope. The yield curve keeps steepening as investors worry about chances of an overheating economy. If the Fed stands still, it risks letting the yield curve get to where long-term borrowing costs might sap initial reopening strength. Higher yields on longer-term bonds may clip demand for big-ticket items like mortgages (the 30-year mortgage rate just rose back above 3%).

One way to address that would be to repeat what the Fed did in 2011 and “twist” by purchasing longer-dated Treasuries to keep long-term borrowing rates under control before they sap economic recovery, some economists argue. If the Fed does nothing, stocks could continue to see pressure from rates, and that might sap investor enthusiasm. Making investors happy isn’t one of the Fed’s responsibilities. On the other hand, when investors get depressed, they tend to spend less on stuff like cars, houses, and other items they might buy if they felt flush. Now you can see why Powell might be feeling like the monkey in the middle, so to speak.

Home Builders Seen as Yield “Microcosm:” Whatever the Fed decides, it’s hard to see a scenario where the rate pressure eases significantly over the next year, and one sector that may be a good “canary in the coal mine” for the overall impact of rates is homebuilders. Many of these stocks have been rolling up gains thanks to increased demand as people change their work habits during the pandemic. That’s bolstered demand for bigger houses and has more folks leaving apartments for single family homes with more room to work.

There’s a lot of money still out there creating this kind of demand, but if the 10-year yield gets up toward 2% (it’s just above 1.6% as of this morning), home builders are one of the first areas where you wonder about rising rates’ impact. This industry might give us a microcosm of what we may see overall across the market. So keep an eye on stocks like Lennar
(LEN), KB Home (KBH
), and NVR (NVR) for possible clues.

Happy Belated Birthday: Yesterday marked the 64th birthday of the SPX. It was launched in 1957 as an index of the largest 500 U.S. equities, and it’s calculated based on a free-floating market-cap-weighted formula. Though even all these decades later many people still judge the market by asking, “How did the Dow do?”—the SPX is really the primary index and should be what investors watch for a broad view of the market. When launched, the SPX was an amazing advancement because although the Dow at its time was revolutionary, it’s only 30 stocks and it’s price weighted. That means, in a nutshell, that the SPX provides a much broader idea of what’s actually happening.