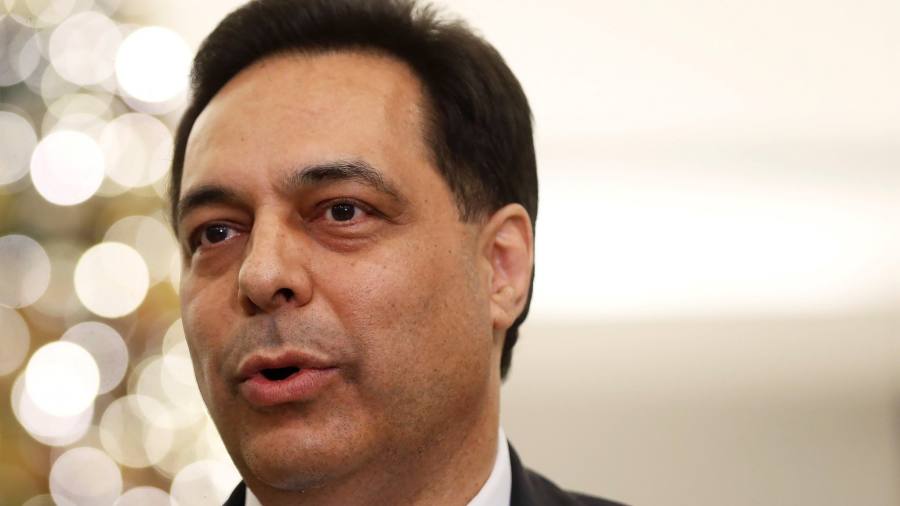 Lebanon’s fragile banks are assessing whose side to take in the tussle over the country’s defaulted debt: foreign bondholders or the country’s government.

“We are going to test both grounds,” Salim Sfeir, chairman of the Association of Banks in Lebanon, told the Financial Times, “and the grounds that will serve better the interest of the banking sector, we’ll follow it.”

Earlier this month, Beirut defaulted on its debts for the first time, with signs of growing hostility between the local banks and Lebanon’s new government, which was formed in February after the mass protests against the postwar political elite toppled the previous administration.

Although Prime Minister Hassan Diab said state resources were insufficient to pay off the $1.2bn March bond, Mr Sfeir insisted a default on the country’s weighty debt burden “could have been avoided”. The central bank holds the bulk of the government debt, but local banks constitute a big bloc of bondholders — and are facing steep losses.

Mr Sfeir criticised the government, saying the default was “handled in a non-professional manner”.

Lebanese banks have for years supported government spending by buying its debt in both local and foreign currency, increasing their collective balance sheet to about four times the size of the country’s ailing economy. But Mr Diab put the sector on notice earlier this month, warning that the government wants to slim down and restructure local lenders, a move fiercely rejected by Mr Sfeir.

Politicians “better not interfere in the banking system,” said Mr Sfeir, who is chairman and chief executive of Bank of Beirut. “Let it be the responsibility of the central bank and not the politicians,” he said.

Local banks have been criticised for selling their holdings of the country’s foreign-currency bonds since a dollar shortage started to bite last autumn, offloading $1.1bn of the bonds in January alone, according to Bank Audi.

The fire-sale gave foreign buyers, in particular emerging market fund manager Ashmore, a greater say in forthcoming negotiations over how Lebanon should eventually pay back its creditors.

But Mr Sfeir argued that the government bonds were the cash-strapped financial sector’s only source of foreign currency, saying the local lenders had already “used all our deposits” with foreign correspondent banks and were therefore compelled to sell the bonds.

Lebanese authorities have ordered an investigation into this activity as popular rage turns on local banks, which have put stringent restrictions on their customers’ dollar withdrawals. The measures were taken to avoid a bank run, but left depositors able to withdraw only paltry cash sums — as low as $200 every two weeks.

But Mr Sfeir blamed “the public sector” for “bad management” leading to the cash crisis, and argued that selling heavily discounted foreign-currency debt to provide liquidity had been expensive for the banks.