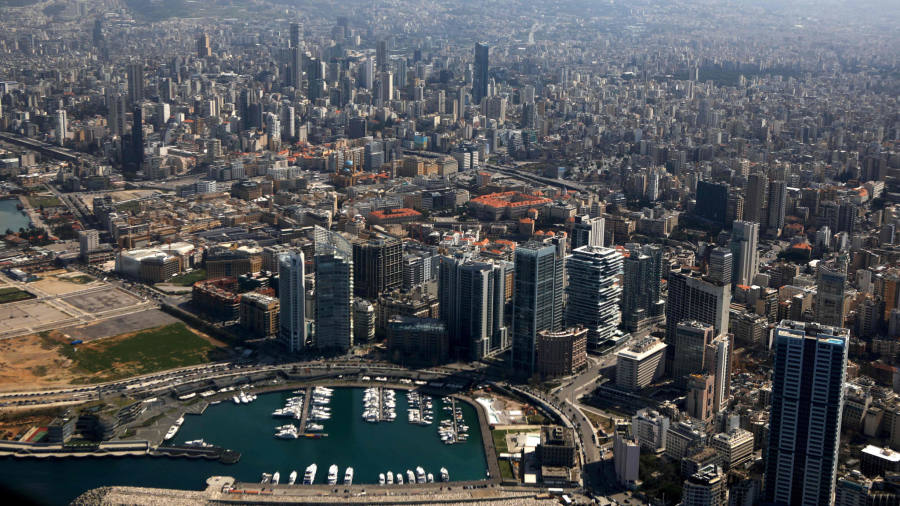 Investors in Lebanon’s dollar debt are nursing big losses after the government failed to repay a $1.2bn bond due on Monday, triggering the country’s first ever sovereign default.

Lebanese dollar bonds have since lost half of their value, with the March bond trading at roughly 28 cents on the dollar on Tuesday, down from 57 cents on Friday.

Local banks have offloaded some of their exposure to short-term dollar debt in recent months, selling $1.1bn in January alone, according to a report by local lender Bank Audi. Still, their holdings, which totalled $12.7bn as of January, remain sizeable.

Creditors including Ashmore now face potentially lengthy talks with the Lebanese government as it seeks to restructure its debts of more than $90bn, roughly 170 per cent of gross domestic product. A Lebanese official said these were expected to start in “a couple of weeks”.

“It’s not going to be an easy negotiation,” said Nafez Zouk of Oxford Economics, who estimated that bondholders might eventually expect to be repaid around 35 cents on the dollar. The Lebanese government has very few assets outside the country that could be seized by creditors suing to block a restructuring, according to Mr Zouk.

Ashmore’s strategy of buying into Lebanon’s short-term bonds put it at odds with other big emerging markets debt investors, many of whom had smaller positions in longer-dated bonds or shied away from the country altogether.

The FTSE 250 company’s $6.4bn short-duration bond fund, which counts the March bond among its top holdings, has seen its performance suffer as the financial crisis in Lebanon deepened. The fund fell 12 per cent over the year to Friday — before news broke of the default — compared with a 5 per cent gain for the average fund in its peer group. It dropped by a further 9 per cent on Monday, according to the latest Bloomberg data.

Other investments also suffered in Monday’s shakeout. The fund’s largest single holding is an Ecuadorean dollar bond that has seen its price fall by more than a third over the past week as oil prices crashed and investors dumped riskier debt. Argentine bonds, another big holding, have also fallen sharply.

Ashmore declined to comment. The firm’s head of research, Jan Dehn, told journalists in late February that it was too early to judge the success of Ashmore’s “dislocation” trades on Lebanese and Argentine debt.

Referring to the short-duration fund, he said: “We basically only buy bonds in this fund when prices are very very low. It’s designed to take advantage of this gift that falls into our lap every other year or so because of these inevitable volatility swings.”