Like anyone else, CEOs can get a bad diagnosis. Should they disclose that? 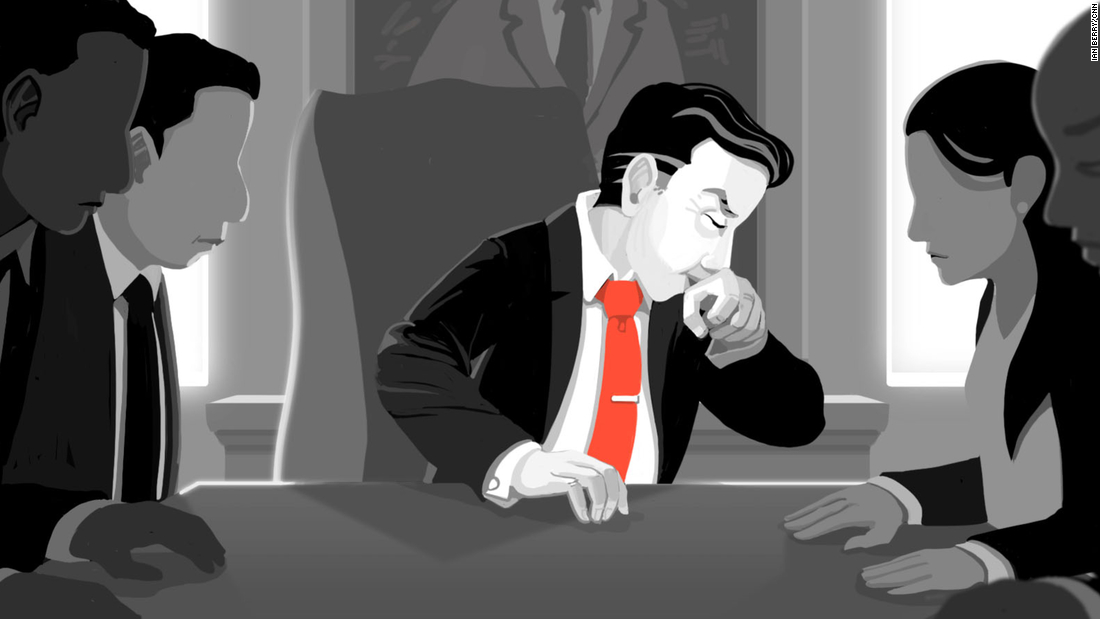 Marriott (MAR) CEO Arne Sorenson opted for full transparency in his fight with Stage 2 pancreatic cancer, first announcing it in a Facebook video a day after his diagnosis in May 2019.

“The cancer was discovered early. … [T]he medical team — and I — are confident that we can realistically aim for a complete cure. … In the meantime, I intend to continue working at the company I love,” Sorenson said.

Six months later, after undergoing radiation, chemotherapy, immunotherapy and surgery, he posted another video noting that while he is reluctant to declare victory given the uncertainty of the disease, the treatments all went well.

On the company’s February 27 earnings call, he said as part of his treatment plan he’s undergoing post-surgery chemotherapy. “While I am now fashionably bald, I feel really good. I’m grateful I’ve been able to work throughout.”

JPMorgan Chase (JPM) CEO Jamie Dimon was similarly transparent in 2014 when he was diagnosed with throat cancer.
But some other CEOs and their companies may choose to keep things much more private. When Oracle (ORCL)announced that its co-CEO Mark Hurd would be taking a medical leave in September 2019 it didn’t specify his condition. Nor did it do so when announcing Hurd’s death a month later.

Technically there is no SEC rule or other law specifically requiring CEOs to share their health status with anyone. But the SEC does require public companies to disclose “material” information, meaning information that a reasonable investor would take into account when deciding whether to buy or sell a company’s stock.

But determining whether a CEO’s health is truly material is a gray area, one often left to boards to decide.

A board’s decision is complicated by the fact that medical prognoses can change, sometimes very quickly.

“Predicting the outcome from a prognosis is no easy task for a doctor, let alone a board of directors, the courts or the SEC,” partners at the law firm Fenwick & West wrote in an in-house article on the issue.

Another factor to consider is how inextricably linked the CEO is to the company.

“Not every CEO is Warren Buffett or Mark Zuckerberg,” said Tom Lin, a professor of law at Temple University. In other words, at many companies, the CEO is important but not synonymous with the business they run.

Given the lack of a legal framework to follow, there are some best practices that are generally recommended.

For succession planning purposes, Lacker said, when CEOs receive a serious diagnosis they should at least inform the chair or lead director on the board, and possibly the whole board.

If the board decides the executive’s health status would be material to investors, it should publicly disclose the information in a timely way, Lin recommended.

But first the board should have any public statement about the medical condition and its treatment verified as accurate by a medical professional. “It could be the doctors involved in treating the executive or it could be an outside resource who is medically qualified to evaluate the statement,” said Michael Dicke, a partner in securities litigation at Fenwick & West.

One advantage of disclosure, especially when a disease is caught early: “It gets investors used to the idea of a potential change at the top,” Lin said.

For his part, Sorenson said in his Facebook video update in November of last year that going public has actually turned out be “a blessing.”

“I have been accompanied by family and friends and the greater Marriott family every step of the way. I have been grateful for the thousands of supportive emails and cards and for prayers and blessings in every faith and tradition. You have essentially carried me in your hands.”