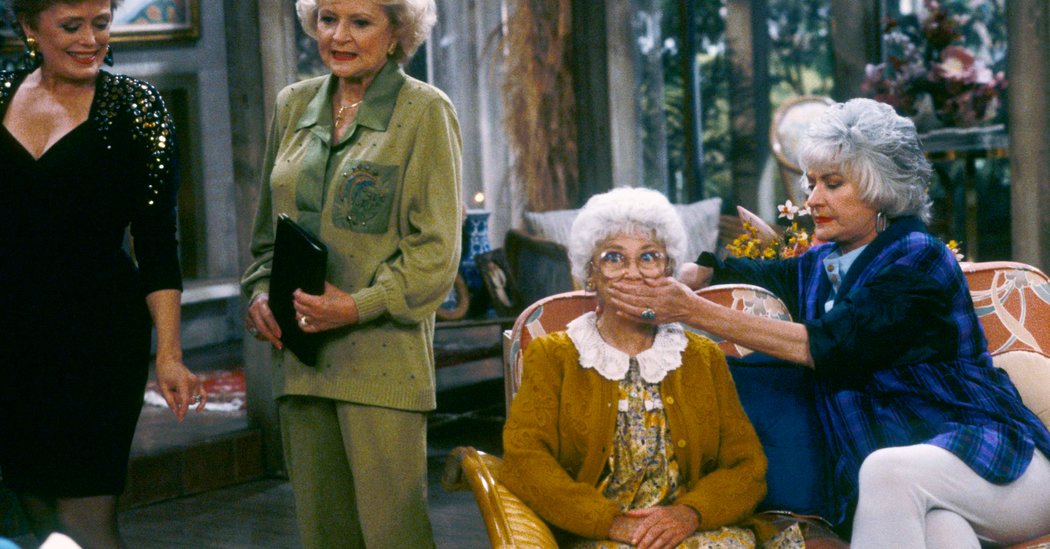 To get through the stuck-at-home days of the coronavirus pandemic, Americans have spent significantly more time than usual in front of the TV, gorging on streaming shows, news programs, old sitcoms and video games. But new data shows that, little by little, they have started to wean themselves from their favorite lockdown diversion.

The peak came toward the end of March. The average viewer logged 40 hours of TV time during the week of March 16, according to Nielsen. The next week, that number crept up to 41, well above the 33 hours during the same week in 2019.

Throughout April, Americans have grown less reliant on Netflix, cable news and Animal Crossing: The amount of TV time has declined slightly in each of the last four weeks. For the week of April 20, the average viewer spent 38 hours in front of the TV, three hours below the peak.

“The week of March 16 was that inflection point when live sports was canceled and more stay-at-home orders were put in place,” said Peter Katsingris, a senior vice president at Nielsen. “Everything all hit at once, and boom.”

Nielsen statistics show that the April decline occurred among nearly every age group and applied to areas like live television, streaming and gaming.

“There’s only so much content people can consume,” Mr. Katsingris said.

While television use has spiked during an anomalous time, several entertainment executives said the last seven weeks might represent a turning point.

With movie theaters shuttered, and Hollywood studios making some films immediately available for streaming, people have changed how they get their entertainment — and there may be no going back to their old viewing habits.

HarrisX, a research firm, noted that 74 percent of American homes now subscribed to a streaming service — a figure that went up by roughly 2.5 million in the first three months of the year.

“Sheltering in place has been a boon for the entertainment streaming industry,” said Dritan Nesho, an analyst and the chief executive of HarrisX.

Others are less sure of what will happen when daily life returns to something more like normal. Netflix, coming off the biggest month in its history, cautioned in an investor note last week that shareholders could expect viewership numbers to shrink and subscriptions to level off.

The service could take a hit in the coming months, Netflix warned, “depending on many factors including when people can go back to their social lives in various countries and how much people take a break from television after the lockdown.”

Richard Rushfield, the writer of Ankler, a Hollywood newsletter, has argued that, post-pandemic, people will not want to do anything that reminds them of this time. “I don’t think ‘movies are dead’ or that the corona period is going to kick off a brand-new love affair between America with their couches,” he wrote in his newsletter. “I think the ‘Get me out of this place’ backlash has even greater potential to hurt the services after all this ends than anyone is factoring in.”

In an interview, Mr. Rushfield expanded on the thought. “The supply of great shows is bigger than it’s ever been, but it’s not infinite,” he said. “I think people are beginning to exhaust the shows they are really dying to watch. After finishing the fourth season of ‘Call the Midwife,’ they might be wondering what it’s like to see a squirrel run up a tree.”

During the stay-at-home weeks, viewers have craved both news programs and escapist fare, splitting their TV time between the likes of Anderson Cooper and Bea Arthur, with one balancing the other.

Cable news networks have had ratings records. In April, Fox News and MSNBC had among their highest viewership totals of their 24 years on the air. CNN’s viewership totals have also skyrocketed. The evening news shows on ABC, CBS and NBC, which not long ago seemed like relics of an earlier media age, have continued to draw audiences much larger than the norm.

But viewers have lately been watching the news a bit less. News programming amounted to 19 percent of total TV time during the week of March 16. By April 6, that number was 17.5 percent, according to Nielsen.

A Hulu spokeswoman noted that “comfort viewing” has been more popular than usual. In April, Hulu viewers watched nearly 11 million hours of the vintage sitcom “The Golden Girls,” the spokeswoman said. That show and the long-running “Law & Order: Special Victims Unit” have both ranked in Hulu’s top 10 in recent weeks.

According to Magid, a research company, American viewers have been seeking out “fun” shows at a time when the Covid-19 death toll in the United States has climbed to more than 60,000 and some 30 million people have lost their jobs. There has been less desire for “intelligent” or “original” programming, Magid said.

So the timing may not have been ideal for a pair of lushly produced period dramas that made their debuts in recent weeks: Hulu’s “Mrs. America,” a limited series starring Cate Blanchett and Rose Byrne that chronicles the fight over the Equal Rights Amendment; and HBO’s “The Plot Against America,” a six-part adaptation of Philip Roth’s alternate-history novel created by David Simon and Ed Burns. Both were well received, but they may not find bigger audiences until Emmys time.

With college and pro athletes on the bench, sports-starved viewers have glommed onto whatever they can get. The first night of the National Football League Draft — a remote program, with homey production values and key scenes set in left tackles’ living rooms — averaged 15.6 million viewers, a 37 percent increase over last year’s slickly produced broadcast.

ESPN has scored with “The Last Dance,” a 10-part documentary on Michael Jordan and the 1997-1998 Chicago Bulls. Its premiere episodes were the most watched documentary programs in the network’s history and have now been viewed by 11 million people, according to Nielsen. (ESPN said roughly 1.5 million more watched on streaming and on demand.)

Hollywood stars have been trying to keep busy, with film and TV sets shut down. An Instagram video of celebrities interpreting John Lennon’s “Imagine” came in for harsh criticism last month, but nearly 21 million people watched “One World: Together at Home,” a remote concert featuring Lizzo, Lady Gaga and Elton John that was broadcast April 18 across 26 American television networks.

The late-night crew has adapted. The CBS host Stephen Colbert has adjusted his at-home wardrobe from formal (suits) to casual (collared shirt, rolled-up sleeves). NBC’s Jimmy Fallon has replaced his usual sidekick, Steve Higgins, with his two daughters. On ABC, “Jimmy Kimmel Live!” has morphed into “Jimmy Kimmel Live at His House.” It is now a half-hour program, to make way for an earlier “Nightline.” Trevor Noah has been working overtime on Comedy Central’s “The Daily Show,” lately called “The Daily Social Distancing Show,” with 45-minute episodes, instead of the usual 30.

Through it all, Netflix has been dominant, taking nearly every slot in Nielsen’s weekly lists of the top 10 most-viewed streaming shows this month and last.

Its breakout documentary series “Tiger King” was huge early in the lockdown. A Netflix original movie, “Spenser Confidential,” starring Mark Wahlberg, was less discussed on social media but attracted an even larger audience, according to the company.

A new Netflix reality show, “Too Hot to Handle,” plays almost like fantasy in the current environment. It gathers a group of young people and puts them in close physical proximity on a Mexican beach. “Nobody can keep it in their pants these days!” intones the voice-over as the show starts. At a time when strangers must keep six feet apart, it leapt straight into the Netflix top 10.