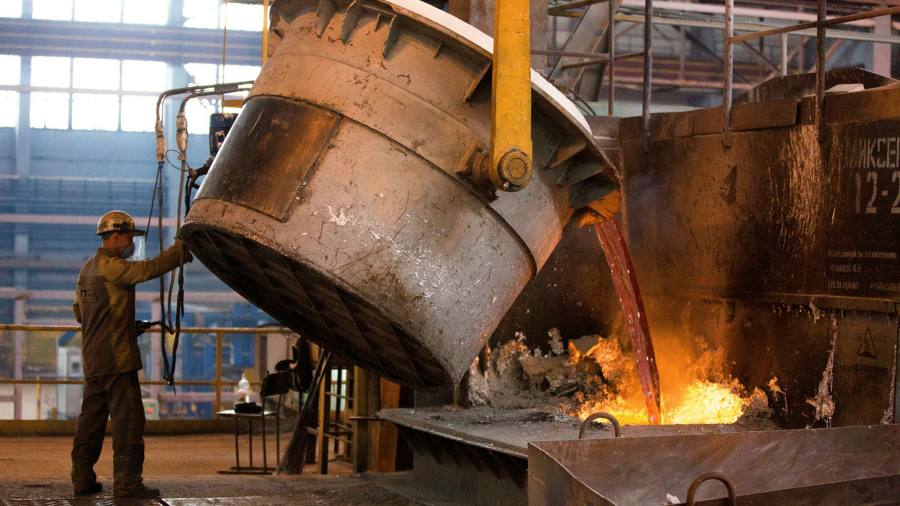 The London Metal Exchange plans to launch a platform to trade ‘low-carbon’ aluminium mostly produced with renewable energy, marking the first time a metal will be traded based on its environmental footprint in the exchange’s 143-year history.

The move reflects growing appetite among companies and investors for disclosure of environmental, social and governance data. It comes after pressure from En+, owner of Russian producer Rusal, for the LME to force suppliers of the lightweight metal to disclose their carbon footprint on the exchange.

“We have now moved on to the next great emerging challenge of ESG in metals, which is environmental,” said Mr Chamberlain. The new trading platform would help determine if consumers were willing to pay a premium for low-carbon aluminium, Mr Chamberlain added.

The metal is a key input for companies such as tech giant Apple and for electric-car makers. It is also increasingly being used as an alternative to plastics in bottles. But its production requires large amounts of electricity, as well as the mining of bauxite and the refining of alumina.

Producers that use renewable sources of electricity have a much smaller carbon footprint. The production of one tonne of aluminium in Europe, which mostly uses renewable energy, produces about four tonnes of carbon-dioxide equivalent, compared with 15 tonnes in China, according to consultancy CRU. China produces more than 60 per cent of the world’s aluminium, mostly from coal-fired power.

Mr Chamberlain said establishing a separate platform would avoid discriminating against aluminium producers that use coal, but whose metal often still ended up in products that reduced emissions.

“There isn’t enough low-carbon aluminium in the world to fulfil all the requirements. This [platform] will allow the low-carbon metal to flow to the consumers who are particularly concerned about that topic. There will still be markets for non-low carbon aluminium.”

Last year, Lord Barker, the chairman of En+, which was formerly controlled by Russian oligarch Oleg Deripaska, called on the LME to introduce new disclosure rules on emissions.

But Mr Chamberlain said disclosure would be voluntary for aluminium producers on the main exchange.

“We don’t see this as a situation where the LME could or should simply impose limits on carbon footprint as part of its brand listing requirements,” he said. “But what we do see is there is a growing set of end-consumers that are conscious [of this issue] and that message goes up the supply chain.”

In March, the LME signed an agreement to work with the Aluminium Stewardship Initiative, an industry group backed by miners Rio Tinto and Alcoa that launched a sustainability certification programme in 2017.

Mr Chamberlain said the ASI standard could be one criterion for the new trading platform, but the exchange would be flexible in terms of which standards were used to certify low-carbon production.