Low oil prices could damage the US economy 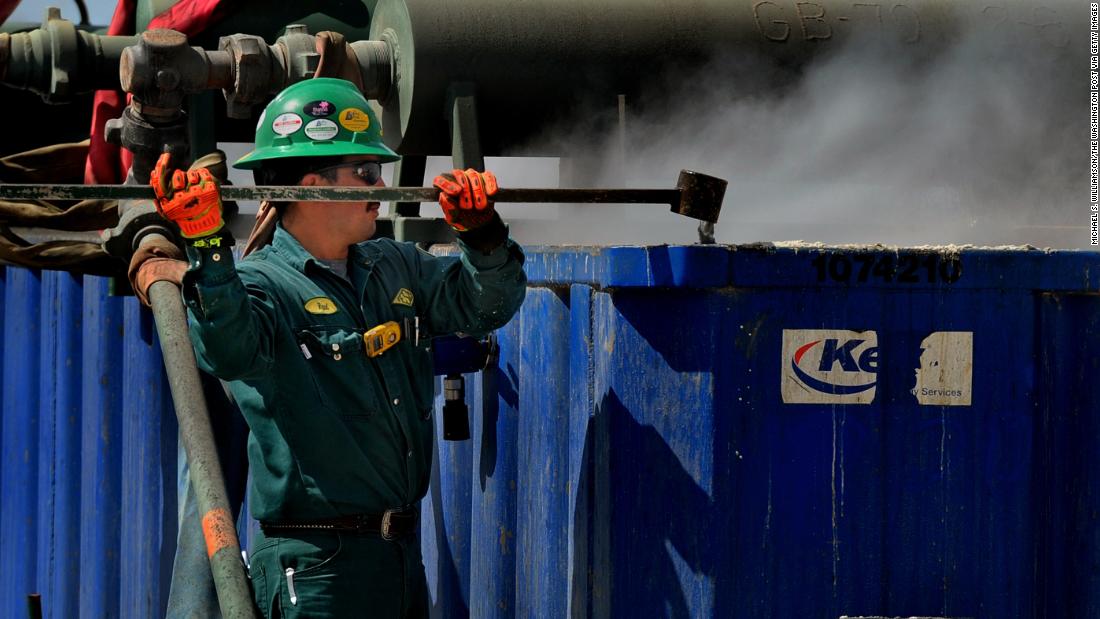 Early Monday, Morgan Stanley put out an estimate saying if oil prices remain at low levels, it could shave 0.15 to 0.35 percentage points off of US gross domestic product in the first quarter. Morgan Stanley also said it is concerned that consumers won’t spend any of the savings from lower gas prices.

In the past, “the decline in oil prices…was a slam dunk positive for the economy. Now it’s at best a wash,” said Mark Zandi, chief economist for Moody’s Analytics. While drivers, airlines and other oil users might enjoy big savings from sharply lower prices, across the oil patch there will likely be bankruptcies, loan defaults, job losses, a halt in capital spending and other economic disruptions, he added.

And until now it was high oil prices, not plunging oil prices, that economists worried about. Every recession since the end of World War II has been preceded by a spike in oil prices.

In a tweet Monday morning President Donald Trump saw the fall in oil prices as good for the country.

Economists, however, see reasons to worry.

The damage to the economy from failing prices will probably be felt much more quickly, and severely, than the lift that lower gas prices could give to consumer spending, said Paul Ashworth, chief North American economist for Capital Economics.

“Lower oil prices should be neutral [for the US economy], but there are some risks associated to that,” he said. “And if everyone is working at home and staying close to home, they’re not going to be using much gasoline anyway, so lower prices are not going to help you very much.”

How big is the US oil industry

The oil industry had a total of 1.5 million jobs in 2019, but 945,000 of those jobs are at gas stations. Oil and gas extraction, along with support companies and pipeline operators accounted for 471,000 jobs, while oil refineries accounted for another 69,000.

One of the first signs of pain from lower oil prices is on Wall Street, as oil stocks have plunged along with oil price. That helped to take the US stock market to near bear market territory on Monday, hurting major investors’ portfolios and individual investors alike.

Of course, the industry has dealt with price declines like this before, said Frank Macchiarola, vice president of downstream and industry operations at the American Petroleum Institute.

“In periods of price volatility and uncertainty, there is always the potential for greater dislocation,” he said. “No industry is immune from market downturns. But the American oil and gas industry has been resilient through periods like this before.”

The price of a gallon of regular gas in the United States is now $2.39 a gallon, only 5 cents cheaper than both a week and a month ago, according to AAA. But those prices could tumble very soon, said Tom Kloza, chief oil analyst for the Oil Price Information Service, which calculates average prices for AAA.

The national average price could fall below $2 a gallon by the end of March, he said, and most of the nation could be paying between $1.59 to $1.99 a gallon by later this spring.

“We’re in the middle of a price war,” Kloza said about the battle between Saudi Arabia and Russia which sent prices plunging overnight. “Is this a seven-day war, is this a protracted war? I don’t know. I only know that it’s truly unprecedented.”

The Saudi-Russian price war is only part of what is driving down oil prices, Kloza said. So is sharply lower demand.
Airlines are canceling flights around the globe, including in the United States. Workers are being told to work from home and avoid public events. All of that leads to significantly less demand for gasoline and jet fuel, and as a result, less demand for oil.

But Kloza doesn’t believe that US oil producers, especially shale oil companies, are likely to make deep trims in production. Even if they are losing money on oil at this price, many will need maintain production in order to stay in business, he said.

“You won’t get uncompleted wells being finished,” he said. “But if you already have a lot of sunk costs, you need to keep producing for cash flow. Eventually you’ll see reduced production, but not right away.”

The good news in terms of the US economic impact is that oil and gas extraction and refining is still only about 1.7% of the US economy. And the stocks of oil companies aren’t as important to most investors’ holdings as in the past.

“In the 80’s and 90’s, early 2000’s, energy stocks were a much larger part of the stock market pie,” said Zandi. “Exxon was most valuable company in the world, not Amazon or Apple or Microsoft.”