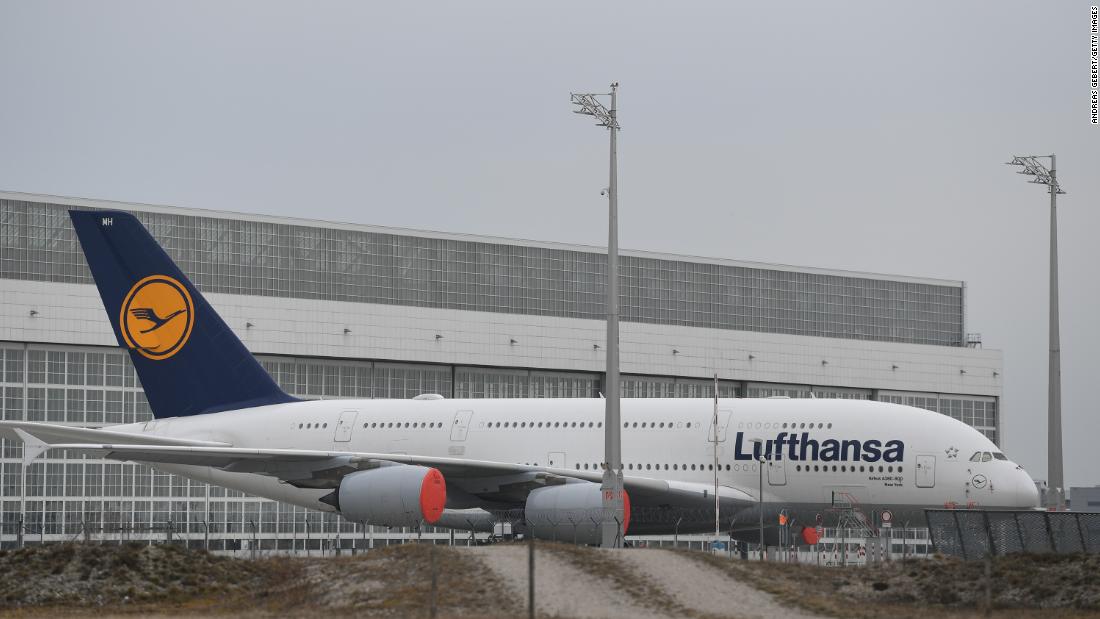 More than $6 trillion worth of goods are transported by air every year, according to Boeing (BA). They’re often high-value and perishable goods that need to be delivered at speed, and many carriers use passenger planes to move the cargo.

But as airlines across the world cancel thousands of flights and ground planes, supply chains that rely on air transport face capacity shortages and increased costs at a time when most businesses can least afford it.

“Air cargo has been a vital partner in delivering much-needed medicines, medical equipment, and in keeping global supply chains functioning for the most time-sensitive materials,” the International Air Transport Association said in a statement Monday.

Germany’s Lufthansa (DLAKY), one of Europe’s biggest airlines, told CNN Business on Tuesday that it “will do everything in its power” to maintain supply chains and ensure that goods are supplied across the country. It described the effort as an “airlift for all of Germany,” evoking the Cold War operation by American and British planes to keep West Berlin supplied with food and other essentials during a Soviet blockade in 1948 and 1949.

Nearly 40% of German imports by value were shipped by air in 2017, according to the country’s statistics office.

IATA said this week that more than 185,000 passenger flights have been canceled since the end of January, removing “vital” air cargo capacity that is needed to keep supply chains going, including the delivery of critical medicines and medical equipment.

The industry group estimates that airlines will need up to $200 billion in government support if they are to survive the global travel shutdown caused by the coronavirus outbreak.

Around 50% to 60% of all air freight travels in the hold of passenger planes, according to Zoe McLernon, policy manager at the UK’s Freight Transport Association, a trade group.

Freighter aircraft, which are dedicated to the transport of goods, are being mobilized to make up the capacity shortfall, but freight rates have increased significantly in the face of rising demand, McLernon told CNN Business.

“We’re not at an absolute crisis point,” she added, noting that freighter aircraft are doing their best to get goods into and out of countries.

Willie Walsh, CEO of British Airways parent, IAG (ICAGY) said on a call with analysts on Monday that cargo demand was strong and that the company was trying to keep capacity available for critical supplies such as pharmaceuticals and food. IAG Cargo carries most of its goods aboard passenger aircraft, many of which will be grounded for the next two months at least.

While air cargo represents less than 1% of global trade by tonnage it accounts for more than 35% of trade by value, according to a Boeing report.

“Such a large disparity between tonnage and value reflects air cargo’s unique position in transporting goods that often require a high level of speed, reliability and security,” the report said.

— Eoin McSweeney and Nadine Schmidt contributed to this article.