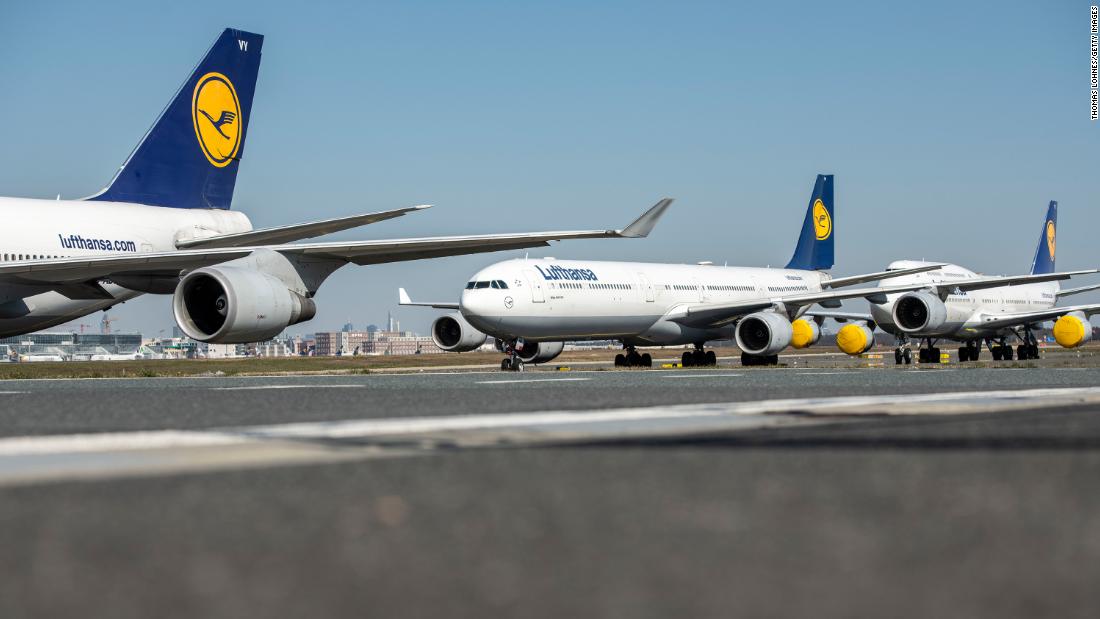 The airline group, which owns national carriers in Germany, Switzerland, Austria and Belgium, said in a statement Tuesday that it will permanently decommission at least 43 aircraft, about 6% of its fleet, and ground its budget airline Germanwings.
Lufthansa’ (DLAKY)s assessment is that “it will take months until the global travel restrictions are completely lifted and years until the worldwide demand for air travel returns to pre-crisis levels.” Based on this, it has decided on “extensive measures to reduce the capacity of flight operations and administration long term,” it said.
Flight bans and nationwide lockdowns are threatening to bankrupt airlines around the world. Carriers have grounded thousands of planes, suspending short-term flight schedules and placing workers on unnpaid leave.

At Lufthansa, 13 Airbus aircraft and five Boeing 747-400s will be permanently decommissioned, with a further 11 Airbus A320s withdrawn from short-haul operations. These actions will reduce capacity at Lufthansa’s hubs in Frankfurt and Munich, the company said.

Operations at Germanwings will be discontinued with a further 10 A320s phased out at parent Eurowings. Fleet sizes will also be permanently reduced at Lufthansa Cityline, a regional carrier operating flights to tourist destinations, as well as at Austrian Airlines and Brussels Airlines. Swiss International Air Lines will adjust its fleet size by delaying deliveries of new short haul aircraft and potentially phasing out older aircraft ahead of schedule, Lufthansa said.

The company said that it will arrange talks with unions and workers councils to discuss “new employment models in order to keep as many jobs as possible.”