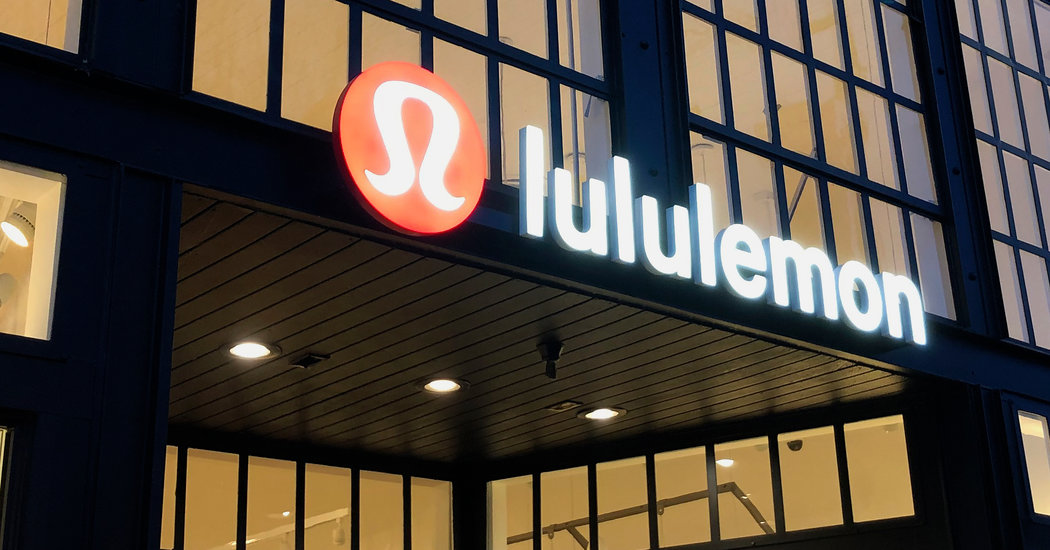 The white, long-sleeve T-shirt was retailing for $60.

Soon after Trevor Fleming, an art director for Lululemon Athletica, posted a link to the T-shirt in the bio section of his personal Instagram account, waves of online condemnation followed, and he was fired by the Canadian athletic apparel company. By a Reuters count, more than 1,000 comments were left on Lululemon’s official Instagram account criticizing the company for Mr. Fleming’s post.

“Should I burn all my lululemon now?,” one asked. “As a brand, you should be well aware of the people you hire because they in fact represent your organization,” read another.

In replies to the comments, the company was quick to say the T-shirt was not one of its products.

“We apologize that an employee was affiliated with promoting an offensive T-shirt, and we take this very seriously,” it said. “The image and the post were inappropriate and inexcusable. We acted immediately, and the person involved is no longer an employee of Lululemon.”

Lululemon issued a separate statement Tuesday on Weixin, a Facebook-like company platform popular in China, where Instagram is banned, saying that the “person involved” in designing the shirt is not an employee of the company. “As a brand that advocates for a positive and healthy lifestyle, we are against all racist behavior. Lululemon’s brand, core values and culture represent our stance. We will treat this event very seriously.”

The World Health Organization has said that the evidence shows the coronavirus may have originated in bats. Scientists believe it may have jumped from bats to another animal in a wet market in Wuhan and then infected humans.

The episode was the latest in a long line of racist tropes and attacks against Asians since the coronavirus emerged in the Chinese city of Wuhan. Unfairly blamed for the outbreak, Asian-Americans in the United States have been spat on and yelled at, and Asians have been physically attacked in European cities like London.

Mr. Fleming, who could not be immediately reached for comment on Wednesday, has since deleted his Instagram and LinkedIn accounts. But he said in a statement to NextShark, a website focused on Asian-American news, that he had nothing to do with the T-shirt’s design, that he did not agree with its message and that he was simply supporting a friend’s company.

“I deeply regret not taking the necessary steps to properly review what I was promoting, and in this case, doing something that goes against my personal beliefs,” he added.

The designer of the T-shirt, Jess Sluder, an artist based in California, initially wrote on his website: “Where did COVID-19 originate? No one is certain, but we know a bat was involved. This quarantee offers a friendly reminder to avoid foods containing this nocturnal beast.”

The T-shirt has since been removed from the website, and Mr. Sluder, too, has apologized.

“As an artist I often toy with pushing boundaries with satirical work and I simply crossed the line,” he wrote on Instagram on Tuesday. “This situation has taught me to be more conscious of the impact of my work and I am deeply sorry to anyone who was offended or hurt by my actions,” he added.

While trying to explain quality problems in an interview, the founder, Dennis J. Wilson, incited backlash when he said that some women’s bodies “just actually don’t work” in yoga pants. He later stepped down from the company.

Recently, like other companies, Lululemon has had to navigate a difficult retail environment with the quarantine orders during the pandemic. It has adapted by offering discounts for its athletic wear, describing its yoga pants as “perfect to practice in the living room, the bedroom, and even on the patio” and encouraging workout enthusiasts to release their natural high, or “Indoorphins.”

It closed stores in North America, Europe, Australia, New Zealand and Malaysia. It said it would continue to pay store employees at least through June 1, while company leaders were taking a 20 percent reduction in salaries, the chief executive officer, Calvin McDonald, said.