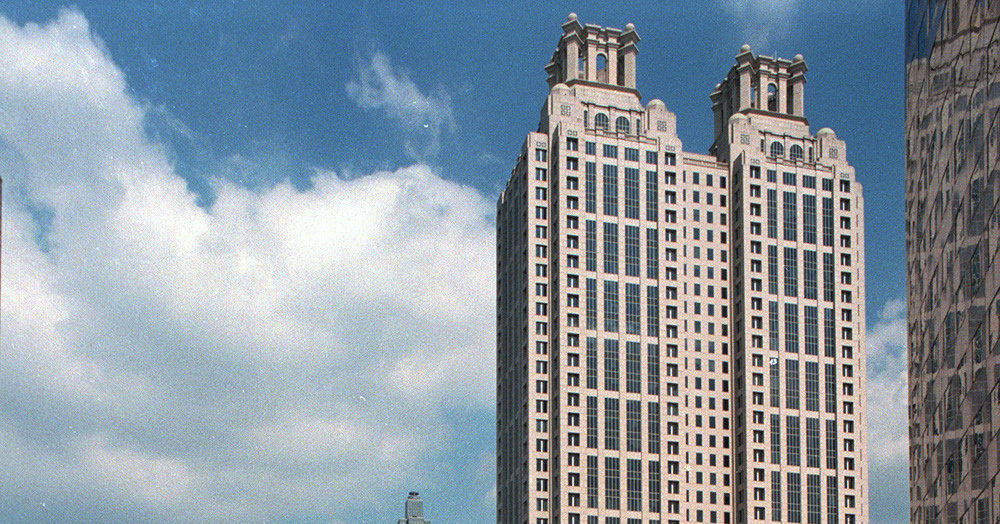 Hotels, luxury resorts and management companies that funnel money back to a single company have secured about $53 million in federal virus aid, the largest known amount to benefit one firm and the latest example of how the government’s small business relief program is also helping big companies.

Ashford Inc., an asset management firm based in Dallas, makes money partly by advising two real estate investment trusts: Ashford Hospitality Trust and Braemar Hotels & Resorts, which together own more than 100 properties. Those companies reported in public filings that their hotels had received millions in forgivable loans through a government program meant to help small businesses. The so-called Paycheck Protection Program ran out of its initial $349 billion on April 16, leaving many small companies with no assistance.

Congress is expected to add another $310 billion to the program, but there are growing concerns that the Treasury Department and the Small Business Administration have not done enough to prevent big companies from getting funds ahead of smaller, often independent businesses with no other financing options.

Several other big, publicly traded companies have received forgivable loans, including J. Alexander’s, whose restaurants received $15 million; Ruth’s Hospitality Group, parent to Ruth’s Chris Steakhouse; and Shake Shack, which has since returned the loan. That has prompted an outcry from lawmakers and small-business owners, who say this goes against the intent of the program.

Treasury Secretary Steven Mnuchin said his department would be issuing new guidelines on Wednesday that would tighten the rules for which types of companies could get forgivable loans, potentially restricting publicly trade companies from accessing the relief funds.

Mr. Mnuchin, who said this week that the program was not intended to aid big companies that have access to capital, urged firms that received loans to return the money if they did not meet the eligibility requirements. If they did not, he said, the loan would not be forgiven and those firms could face “severe consequences.”

“If they pay the money back quickly, there will be no liability to Treasury and the S.B.A.,” he said. “If they don’t, they could be subject to investigation.”

Ashford Hospitality’s affiliated hotels received $29 million of the $31.1 million they had requested as of mid-April, according to its financial filing. The biggest chunk of money went to the Ritz Carlton Atlanta and a Sheraton in Anchorage, Ala., In all, 42 properties from Manhattan Beach, Calif., to Plano, Tex., were listed as recipients of aid.

Braemar Hotels & Resorts had already secured $10.6 million across its subsidiary properties as of its April 15 financial filing, and was hoping for $15.8 million in total. Both of the trusts received their loans through Key Bank.

Ashford Inc.’s most recent filing shows that its direct subsidiaries, which include the management company that runs many of Ashford Hospitality Trust’s properties, secured an additional $12.8 million in funding. Together, the funds make the company the single-largest beneficiary of the small-business program, based on disclosures to date.

“We are grateful for the crisis assistance made available by Congress for our industry, and will use every dollar possible to bring our employees back to work,” Montgomery Bennett, founder and chairman of Ashford Inc., said in an emailed comment.

Mr. Bennett has been publicly bemoaning the government’s coronavirus response in recent weeks, telling CBS News that he had cut 95 percent of his staff and worried the aid would be insufficient.

The two real estate investment trusts own hotel properties that they pay management companies to operate. If quarantines and travel shutdowns keep guests away, it could leave the REITs without much income, which they need to service their debt. By helping hotels keep up with costs, the small-business loans could help to offset that problem.

The loans will also help hotel workers continue to draw paychecks even as occupancy rates plummet. And they could serve as a lifeline for the REITs and their subsidiaries.

Ashford Hospitality Trust, whose subsidiaries are getting the most in loans, had already run into trouble amid the coronavirus crisis. Its stock had lost about 74 percent of its value since the start of February, and closed Tuesday at $0.63 per share. As recently as last May, it was valued at $5.60.

The two trusts are especially poorly placed for the upheaval caused by coronavirus because both are heavily indebted compared to their peers, based on metrics compiled by Bloomberg.

In its recent annual filing, Ashford Hospitality Trust noted that it had more debt on one portfolio of its hotels than the businesses were worth. Those properties include several that received paycheck protection loans, including the Hampton Inn Pittsburgh Waterfront and the Courtyard Wichita in Kansas.

“High leverage in this kind of environment — that’s the kind of situation that can bring companies down,” Jeffrey Langbaum, senior REIT analyst at Bloomberg Intelligence, said about the industry. “The entire lodging space is just getting hammered, as you’d expect.”

Even amid its 2019 troubles, Ashford Trust paid an Ashford Inc. subsidiary tens of millions in advisory fees, based on its annual filing.

REITs, as an industry have been looking for more help. Thomas Barrack, a prominent investor and ally of President Trump’s, has warned of a catastrophic collapse as loans suddenly decline in value.

The optics of giving money to a big company may be bad, economists say, but doing so will help more workers keep their jobs.

“The biggest problem with the P.P.P. is not that it was generous, it’s that Congress gave it too little money,” said Ernie Tedeschi, an economist at Evercore ISI who has tracked the program’s spending. “That made the rivalry for those scarce funds intense, and so in the end, it’s little surprise that large, well-connected companies were able to beat out small businesses in many cases.”

That is particularly true for the hospitality industry, which has been among the hardest hit by the virus.

“To have their loans waived under the program, businesses need to maintain their staffing levels,” said Steven Hamilton, an economist at George Washington University who was an early supporter of congressional assistance to small business amid the crisis. “So if these businesses are in financial distress, which is surely the case for the hotel industry, the upside is that their workers will keep their jobs.”

The bipartisan group of lawmakers that drafted the P.P.P. initially modeled it on a Small Business Administration loan program for companies with up to 500 employees, called 7(a) loans.

As they negotiated a final agreement, Senator Marco Rubio, Republican of Florida and the chairman of the small-business committee, and several of his colleagues from both parties, including Senator Chuck Schumer of New York, the Democratic leader, agreed to expand the eligibility requirements for the program for some hospitality establishments.

Restaurant and hotel groups qualified if their individual locations each had fewer than 500 workers — even if their total payrolls exceed that number. That allowed more employers to gain access to the loans, a move that had been pushed by lobbyists for hotel and restaurant associations.

The program had done “pretty darn well” at reaching small businesses, the chairman of the National Economic Council, Larry Kudlow, said on CNBC on Wednesday when asked about loans going to larger businesses.

“I know there have been controversial cases,” Mr. Kudlow said. “Programs like this, gigantic programs like this put together quickly will always have glitches. But really, in the main, I think the process worked very, very well.”