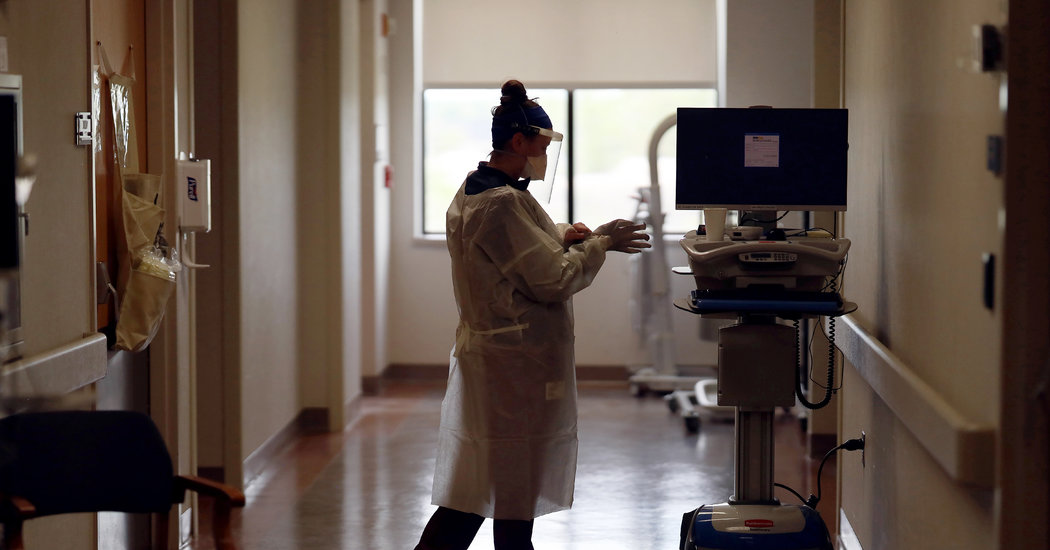 Unbeknown to most patients, their race is incorporated into numerous medical decision-making tools and formulas that doctors consult to decide treatment for a range of conditions and services, including heart disease, cancer and maternity care, according to a new paper published Wednesday in the New England Journal of Medicine.

The unintended result, the paper concludes, has been to direct medical resources away from black patients and to deny some black patients treatment options available to white patients.

The tools are often digital calculators on websites of medical organizations or — in the case of assessing kidney function — actually built into the tools commercial labs use to calculate normal values of blood tests. They assess risk and potential outcomes based on formulas derived from population studies and modeling that looked for variables associated with different outcomes.

“These tests are woven into the fabric of medicine,” said Dr. David Jones, the paper’s senior author, a Harvard historian who also teaches ethics to medical students.

“Despite mounting evidence that race is not a reliable proxy for genetic difference, the belief that it is has become embedded, sometimes insidiously, within medical practice,” he wrote.

The paper is being published at a tense moment in American society as black communities, disproportionately affected by the coronavirus, protest unequal treatment in other areas of their lives.

Dr. Jones said he believed the developers of the tools, who often are academic researchers, are motivated by empiricism, not racism. But the results, his analysis found, have often led to black patients being steered away from treatments or procedures that white patients received.

The paper included a chart listing nine areas of medicine where there are race-based tests, and it analyzed the consequences. For example, it reported, labs routinely use a kidney function calculator that adjusts filtration rates for black patients. With the adjustment, black patients end up with slightly better rates than whites, which can be enough to make those with borderline rates ineligible to be on a kidney transplant list.

An online osteoporosis risk calculator endorsed by the National Osteoporosis Foundation, among others, calculates chances of a fracture differently for black and white women. Black women end up having a score that makes them less likely to be prescribed osteoporosis medication than white women who are similar in other respects.

An obstetric calculator based on observational data concludes that black women who had a previous cesarean birth are less likely to have a successful vaginal birth in a subsequent pregnancy.

Dr. Jones added that it is time to stop what amounts to racial profiling in medicine. “We need to get off this train,” he said.

The New England Journal paper built on a collection of recent findings and assessments, including those in a recent paper about kidney function by Dr. Nwamaka Denise Eneanya and her colleagues at the University of Pennsylvania.

To determine how well kidneys are working, doctors use a blood test that measures a protein called creatinine to estimate kidney filtration rate. Low filtration rates indicate a kidney problem.

Dr. Eneanya’s team noted that patients with a filtration rate of less than 30 were referred to kidney specialists. They gave an example of a white patient whose level was 28, according to the calculator. A black patient with the same creatinine level would get a race correction under the formula that raises the level to 33. Consequently, the black patient would not get a referral to a specialist.

The same effect could make some black patients ineligible to be put on a list for a kidney transplant — those with filtration rates of 20 or above are ineligible.

The formula originated with data from a federal study more than two decades ago that asked if a low-protein diet reduced the risk of kidney disease (it did not, the study showed). The study included precise measures of kidney function and creatinine levels, which let researchers use creatinine to estimate kidney function. The formula fit the data best when they included an adjustment for black patients.

In a more recent paper, in 2009, the researchers combined data from a number of studies to devise an improved formula, asking which variables made the formula best fit the data. Race popped up again.

One of its principal authors, Dr. Lesley Inker, a kidney specialist at Tufts Medical Center, said she hears the critics.

“What we say is, ‘You’re right. I understand the difficulty in assigning race,’” Dr. Inker said.

She is working on developing a more accurate formula that does not include race. She added that black patients should be told that their race alters the calculation and should be given an option to have their race excluded.

But, she says, the current formula also can be an advantage for black patients. Those with filtration rates below 30 are ineligible to be prescribed metformin, the first line drug for diabetes, and SGLT2 inhibitors, a more recent class of diabetes drugs.

One problem, is that it is not clear how race is determined. It shows up in medical records but, said Dr. Peter Reese, a kidney transplant specialist and epidemiologist at the University of Pennsylvania, “I worry that in some situations they look at you and assume.”

With the formulas, there is no accounting for people of mixed race, as the authors of the New England Journal paper and other doctors have noted.

Even if race does have a real affect on lab values for creatinine, why assume it is because of the genetics that determine skin color, some experts asked.

“It could be diet or any of a number of things,” Dr. Hoenig said, noting that a large protein-heavy meal can temporarily raise creatinine levels.

One often cited explanation is the belief that black people are more muscular than white people, and muscles can release creatinine into the blood. In a recent paper, Dr. Vanessa Grubbs, a kidney specialist at the University of California, San Francisco, tried to trace the origins of that belief and found only a few decades-old studies that did not even measure muscle mass directly, including one saying black children are thinner than white children.

A group of medical students at Harvard has been trying to change the approach to assessing kidney function, with some success.

The group, including Leo Eisenstein, Danika Barry and Cameron Nutt, had heard Dr. Jones in lectures saying race was a social construct and then went into the clinic, where they were told to use a formula that corrects for race in assessing kidney function.

Instead of complaining, Dr. Hoenig told the students, why not go to the leadership and suggest a change? Labs could simply not list race when sending in blood tests for creatinine — in that case the formula’s default would be the level for whites. Or they could give results as a range and explain to patients that the numbers are an estimate.

A few years ago, Dr. Hoenig and the students made the rounds to executives at Beth Israel Medical Center.

In 2017, Beth Israel dropped the race factor in calculating kidney function. But despite pleas for a change, no other hospitals have followed suit.

Recently though, San Francisco General has replaced race as a factor with a choice of values for kidney function depending on the doctor’s assessment of whether the patient was muscular or not.

Advocates of change like Dr. Hoenig say they think part of the problem is resistance to changing a system that has become part of medicine.

Dr. Darshali A. Vyas of Massachusetts General Hospital, who is first author of the New England Journal paper, said the ultimate goal is for doctors and researchers to rethink the assumption that they can use a patient’s race in making medical decisions.

“This is a challenge to the field about how we think about race and what our default assumptions are about race,” she said.