Marcel Ospel, Architect of the Swiss Bank UBS, Is Dead at 70 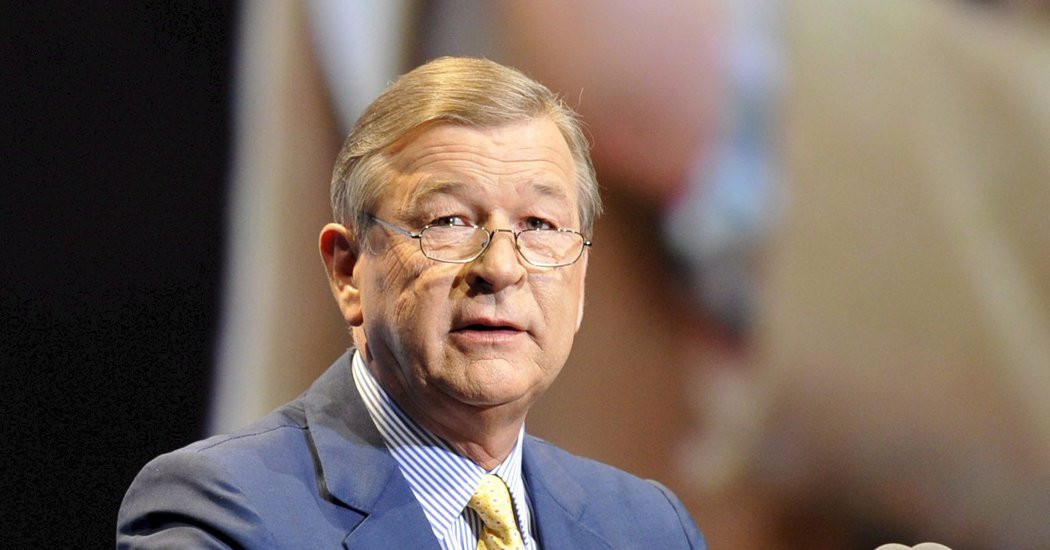 Marcel Ospel, who fashioned the Swiss bank UBS into a global banking power but then saw it come close to unraveling during the financial crisis of 2008, died on April 26 at his home in Wollerau, Switzerland, near Zurich. He was 70.

The cause was cancer, his wife, Adriana Ospel-Bodner, said.

Mr. Ospel rose from modest origins to become the leading figure in Swiss banking in the early years of this century — and, for a time, one of the top financial executives of his generation. His crowning achievement was engineering the merger in 1998 of Swiss Bank Corporation, which he headed, with Union Bank of Switzerland, creating the wealth management giant UBS.

As UBS’s first chief executive, Mr. Ospel sought to parlay the bank’s status as the largest player in the cozy and secretive Swiss banking world into a position as a leading global wealth manager and investment bank. As part of that effort he acquired the big American brokerage firm PaineWebber in 2000.

Like rival executives at other banks, including Deutsche Bank in Germany and Barclays in Britain, Mr. Ospel championed investment banking and trading in sophisticated financial products, like derivatives. He also helped usher in an era of large salaries and bonuses for himself and other bankers, which exposed him to criticism when the business soured.

When the financial crisis hit in 2008, UBS found itself stuck with large losses in American financial products like mortgage-backed securities. The bank was forced to accept a bailout by the Swiss central bank in 2008. That same year, Mr. Ospel, who had moved up to the chairmanship in 2001 but was still active in guiding the bank, resigned amid much criticism over the bank’s need to be rescued.

The next year, UBS agreed to pay fines and other penalties of $780 million to settle a case in which it was accused of helping American clients evade taxes. As part of the deal, the bank agreed to turn over information on potential tax evaders to the American authorities, thus piercing Switzerland’s cherished bank secrecy.

Dirk Schuetz, the author of a 2007 biography of Mr. Ospel titled “Herr der UBS,” or “Master of UBS,” said that for all its troubles more than a decade ago, the institution Mr. Ospel created largely survives him.

“If you look at the house that Marcel Ospel built,” Mr. Schuetz said, “it is still more or less there.”

Marcel Louis Ospel was born in Basel, Switzerland, on Feb. 8, 1950, to Louis and Doris Ospel. His father was a confectioner.

Marcel grew up in a modest neighborhood there called Kleinbasel and at 15 began an apprenticeship at a small bank, Transvalor. After attending a local college in Basel, he eventually found a job at Swiss Bank Corporation, then the biggest bank in Basel.

As an executive at that bank in the 1990s, he was involved in buying O’Connor, a Chicago derivatives house; S.G. Warburg, a British investment bank; and Brinson Partners, an American wealth management firm — deals that appeared to give the Swiss bank the confidence to move on to bigger game when Mr. Ospel ultimately took charge of it.

After leaving UBS, Mr. Ospel kept a low profile, spending time with Ms. Ospel-Bodner, whom he married in 2005, and their twins, a son and daughter, who also survive him, as do two sons and two daughters from two previous marriages.

Ms. Ospel-Bodner, an entrepreneur, said that in retirement her husband had managed his own securities portfolio and invested privately in financial technology ventures. She said he also liked to hunt deer and other game on land he acquired in Austria.

His biographer, Mr. Schuetz, who is editor in chief of Bilanz, a Swiss business magazine, said that the criticism Mr. Ospel endured in 2008 had stung. And though he had no longer been in charge of the bank’s day-to-day operations when the financial crisis struck, Mr. Schuetz said, Mr. Ospel regretted not recognizing the mistakes his subordinates had made.

“He was so shocked that it happened,” he said, adding, “When you have such a fall, the shaming is very tough.”

Mr. Schuetz recalled an occasion when that fall from power was brought home to Mr. Ospel. He was at a restaurant one day when he encountered a prominent lawyer with whom he had once worked. The lawyer snubbed him.

“When I was head of UBS,” Mr. Ospel said immediately afterward, “this guy would do anything I wanted.”