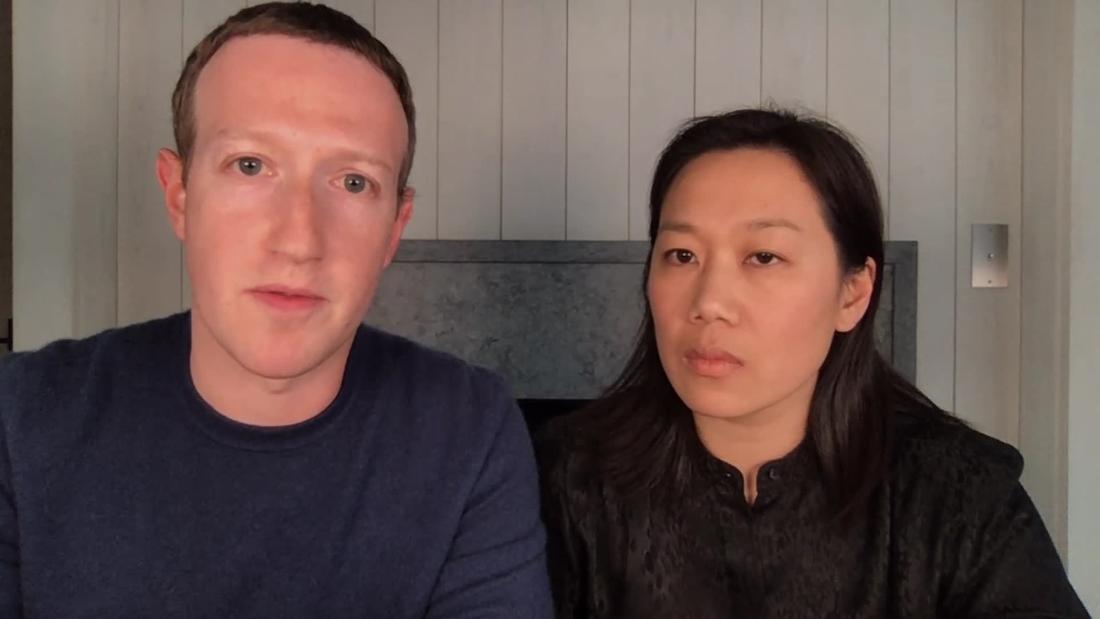 The Facebook founder and his wife this week shared their thoughts in an email to a group of scientists who are backed by their nonprofit organization, the Chan Zuckerberg Initiative (CZI). The scientists recently raised concerns about how Facebook (FB) has handled Trump’s posts on the platform.

“We are deeply shaken and disgusted by President Trump’s divisive and incendiary rhetoric at a time when our nation so desperately needs unity,” Zuckerberg and Chan wrote. “This is an extraordinarily painful inflection point in our nation’s story, particularly for the Black community and our Black colleagues, who have lived with the impacts of systemic racism for generations.”

The response came days after more than 140 scientists who have received funding and support from CZI penned an open letter to Zuckerberg that urged him to “consider stricter policies on misinformation and incendiary language.”

The email was provided to CNN Business by Jason Shepherd, a scientist backed by CZI who helped put together the letter to Zuckerberg earlier this month.
In the letter, the scientists pointed to a widely condemned Facebook post Trump sent during the protests, which said: “When the looting starts, the shooting starts.”

This “is a clear statement of inciting violence,” the scientists wrote. “Like many, we were disconcerted to see that Facebook has not followed their own policies in regards to President Trump, who has used the Facebook platform to spread both misinformation and incendiary statements.”

In the email sent to the scientists on Tuesday, Zuckerberg and Chan said the group’s letter had been “shared and discussed by CZI’s entire leadership team,” and added that they took the “concerns seriously and to heart.”

But Zuckerberg and Chan offered little in the way of new action. Instead, they shared earlier Facebook posts written by Zuckerberg, who defended the company’s stance and pledged to review its policies about content moderation, voter suppression and the state use of force.

CZI did not respond to requests for comment on Zuckerberg and Chan’s response to the scientists.

Zuckerberg’s decision to leave the Trump posts up has alienated many of the company’s own workers. Last week, some Facebook employees staged a virtual walkout over inaction on the matter.
One employee even quit his job last week, telling CNN Business he was worried that Facebook would be used to further escalate violence in the United States.

The couple also stressed that Facebook and CZI are “entirely separate and independent organizations,” though acknowledged that they share a leader.

“In this moment, we understand that CZI’s relationship to Facebook is not an easy tension to bridge,” they wrote, adding that Facebook’s policies “are not the decisions of CZI as an organization.”