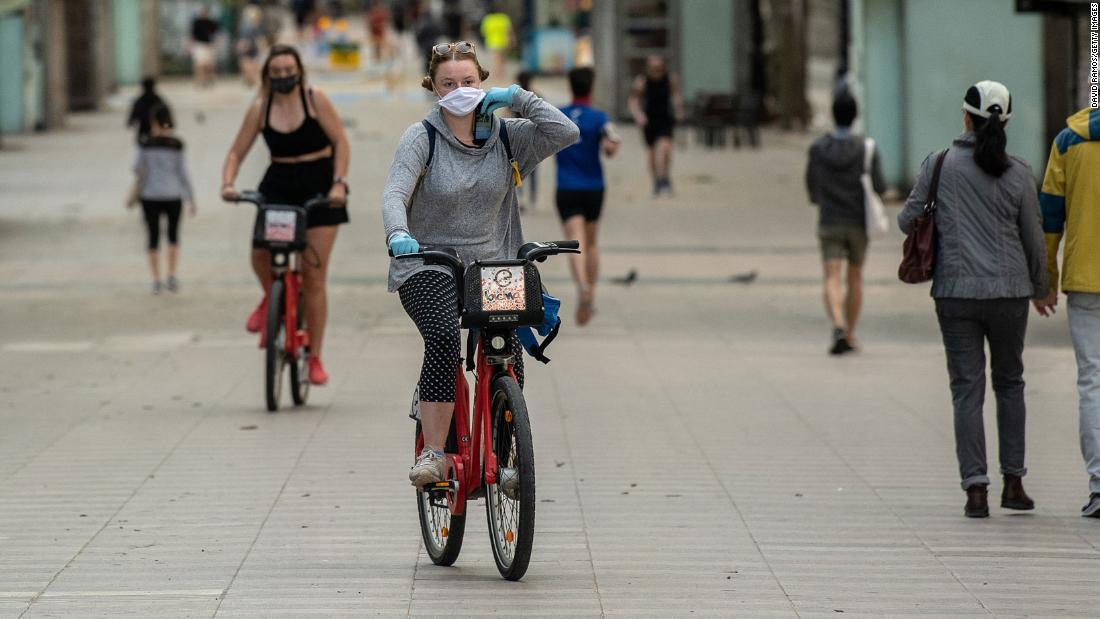 It’s true that for the economy to begin climbing out of a sharp recession, businesses must be allowed to reopen and restrictions on movement have to be lifted.

But reopening also carries with it fresh risks. A second wave of infections would reverse recent market gains and optimism about an economic recovery if it triggers another round of bruising shutdowns. Without a vaccine, it’s hard to say for certain what the next chapter holds for riskier assets like stocks.

“If one of the vaccines [or] treatments being testing currently proves effective, we are a buyer of risk assets,” Evercore ISI portfolio strategist Dennis DeBusschere said in a recent note to clients. “If human ingenuity fails or there is a significant resurgence in the spread of the virus, we will be sellers of risk.”

Investors should keep this in mind as more restrictions start to phase out. Spain gradually began to ease its lockdown last week, while Texas and Georgia have allowed some businesses to reopen. UK Prime Minister Boris Johnson will give an update on the country’s quarantine measures on Sunday, while France starts the process of lifting stay-at-home orders on Monday.

James Smith, developed markets economist at ING, noted that the risk of a resurgence in infections will likely weigh on any economic rebound. That means activity may not pick up as much as expected.

“Both firms and consumers alike are likely to remain very cautious until the situation has passed entirely,” he told clients.

The recent boost to markets has as much to do with unprecedented support from central banks as it does bullishness about reopening. Interest rate cuts and massive bond-buying programs have improved financial conditions and helped markets recover.

Still, Citigroup economists Igor Cesarec and Catherine Mann think this can only distract from the “dire economic reality” for so long.

“Since it is not clear that markets can be propped up indefinitely, caution is warranted,” they said in a recent research note. “Risk assets could be fragile once the cold, hard economic reality hits again.”

When the world’s largest and most profitable oil and gas company made its public market debut in December, crude cost more than $60 per barrel.

Now, oil prices are at nearly $30 per barrel, with the coronavirus sapping demand for energy as people hunker down at home. That’s putting severe pressure on Saudi Aramco, which is due to report results from the January to March period on Tuesday.

Investor insight: Saudi Aramco shares, which at one point soared above 38 riyals ($10.12), giving the company a $2 trillion valuation, are now trading below their IPO price at 31 riyals a share ($8.25).

Saudi Arabia and Russia — which had been flooding the market with oil to grab market share — struck a deal with other major oil producing nations in April to slash production starting this month. That’s helped prices stabilize, but they remain depressed because of concerns that the world will soon run out of room to store unwanted crude.

“The numbers show that the existing [limits on] production can still not cover for the lost demand and that global storages will fill up during the second part of May,” Louise Dickson, oil markets analyst at Rystad Energy, told clients on Friday.

Dickson said that oil producers see a light at the end of the tunnel as cuts take effect and countries, states and cities start to ease lockdown measures. But it will cause pain for Saudi Aramco if oil prices stay between $30 and $40 per barrel for much longer.

Reuters reported last week that Aramco is close to finalizing a $10 billion loan with a group of roughly 10 banks. It needs cash to complete its acquisition of a 70% stake in the Saudi petrochemical company SABIC, which it’s supposed to complete this quarter.