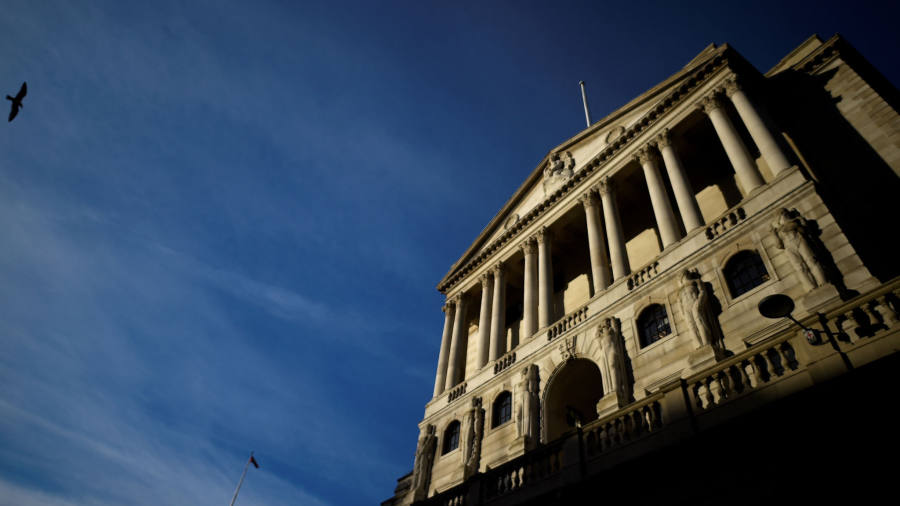 Some investors are betting the Bank of England will slash UK interest rates to record lows in response to the economic threat of coronavirus, after the US Federal Reserve’s emergency half-point cut earlier this week.

Markets moved to fully price in a quarter-point reduction to 0.5 per cent by the BoE’s next policy meeting on March 26, while Goldman Sachs warned that the impact of the virus could tip the UK economy towards recession. Futures contracts also imply a small chance of a further cut to 0.25 per cent — equalling the all-time low for rates in the wake of the Brexit referendum in 2016.

As recently as the middle of last week, even a single rate cut in March was seen as unlikely, with a probability of less than 10 per cent.

“We expect the coronavirus outbreak to push the UK economy to the brink of recession in coming months,” said Goldman Sachs analysts, who now expect a half-point cut at the March meeting. “Although the post-election surveys have bounced back notably, underlying momentum has remained weak coming into the virus outbreak.”

Andrew Bailey, who takes over from Mark Carney as BoE governor on March 16, said on Wednesday he would act swiftly to limit the economic fallout from the spread of the virus. He told a parliamentary committee that monetary policymakers would have to work with the government to provide some form of bridging finance to smaller companies.

Some analysts think the BoE may be forced to act even sooner.

“It’s not that long ago people were still wondering if the virus would reach these shores,” said George Buckley, chief UK economist at Nomura, who is forecasting an emergency cut ahead of the March meeting.

“But the situation is changing so fast the market assumes the BoE will have to act sooner rather than later. I’m sure they will work on more targeted measures as well, but cutting rates is simple and easy to do outside of the scheduled meetings.”

UK government bond yields have tumbled to all-time lows on expectations of further easing and a global flight into safe assets. The 10-year gilt was trading with a yield of 0.28 per cent on Friday. Two-year yields, which are highly sensitive to interest rate expectations, have tumbled to 0.13 per cent from above 0.5 per cent less than two weeks ago.