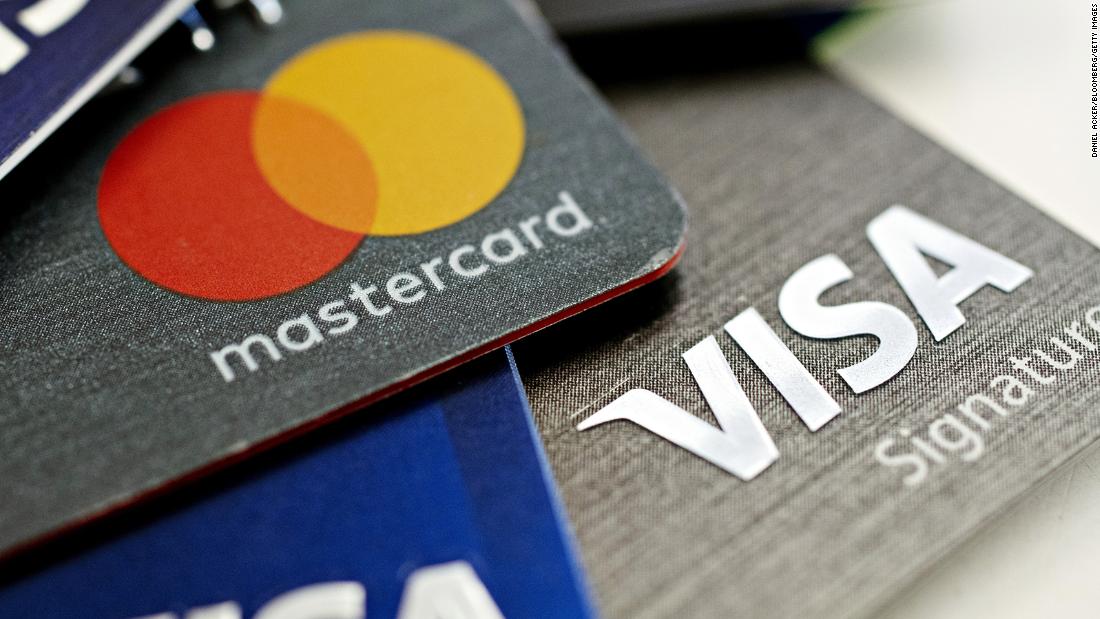 Mastercard (MA) and Visa (V) have informed some Wirecard clients that the firm’s access to their payment networks could be revoked, Bloomberg reported, citing people familiar with the matter.
Neither credit card company commented directly on the report, but both said they are following the situation closely. The loss of two of the biggest payment networks in the world would be yet another blow to Wirecard, which earns revenue by helping businesses process payments from customers.

“We continue to closely monitor developments and assess new information as it becomes available,” a Visa spokesperson said in an emailed statement. “Our priority is, and will always be, maintaining the integrity of the Visa payments system and protecting the interests of consumers, merchants and our clients.”

Likewise, Mastercard said in a statement that it is tracking the Wirecard news. “Our priority is ensuring people are able to continue to use their cards. We will continue to work with all parties and stand ready to take any necessary action,” Mastercard said.

Wirecard did not immediately return a request for comment for this article. However, in a statement Monday, Wirecard said that “for the avoidance of misunderstandings, the company wishes to inform that its IT systems continue to work without limitations.”

Founded in 1999, Wirecard was once considered one of the most promising tech firms in Europe. It processes payments for consumers and businesses and sells data analytics services. The company has nearly 6,000 employees in 26 countries around the world.

But in recent days, Wirecard has been plagued by a scandal over accounting irregularities that have drawn comparisons to Enron, the American energy giant that filed for bankruptcy in 2001.
Wirecard’s CEO Markus Braun resigned last week after an auditor discovered that $2 billion in cash appeared to have gone missing from the company’s accounts, delaying publication of the tech firm’s 2019 financial results and sparking fraud accusations. Then on Monday, Wirecard acknowledged that after “further examination,” the missing $2 billion probably never existed.
Braun, who helped grow Wirecard into one of Germany’s biggest companies, was arrested the following day on suspicion of having inflated Wirecard’s balance sheet and sales through fake transactions in order to make it more attractive to investors and customers.

The company is now in crisis, one that would be worsened if major payment networks were to revoke its access.