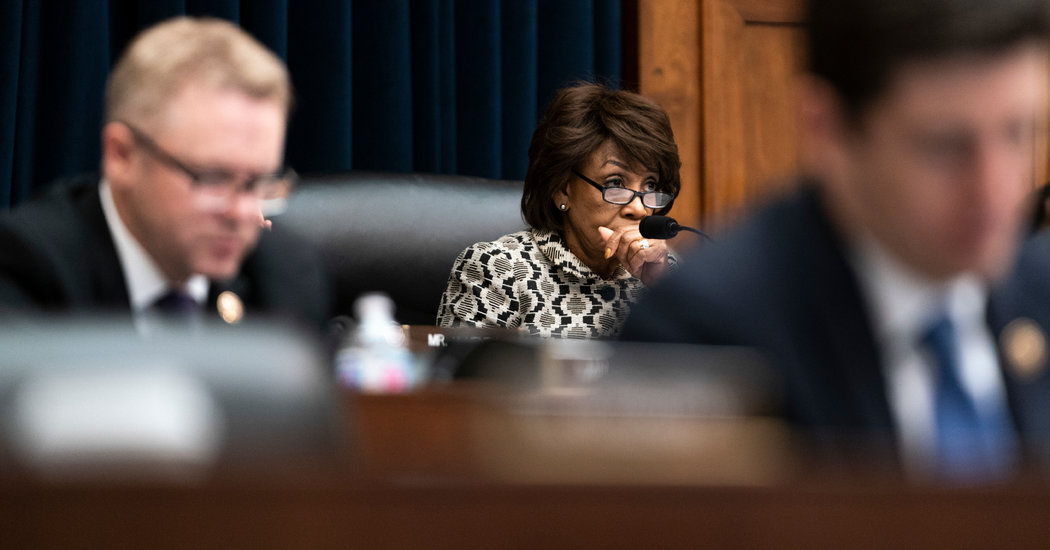 When the chair of Wells Fargo, Elizabeth A. Duke, appears before the House Financial Services Committee next week, Representative Maxine Waters will have a simple message for her: Resign.

A day after Ms. Waters’s committee released details of an investigation of Wells Fargo, she said Ms. Duke and another board member, James Quigley — who sought a light touch from a political appointee at the federal consumer protection agency — should step down.

“Both of them had a clear dereliction of duty as board members,” Ms. Waters, a California Democrat and the chairwoman of the Financial Services Committee, said on a call with reporters.

The committee looked into Wells Fargo’s interactions with regulators over a series of misdeeds the bank had disclosed since 2016, including that it spent years opening fake accounts in customers’ names, forcing them to buy unnecessary auto insurance and charging them inappropriate mortgage fees.

The investigation — which drew on documents from inside the bank and from regulators — found that senior Wells Fargo leaders had taken a cavalier approach to dealing with the bank’s problems.

In one email, Ms. Duke complained about being included on messages from regulators about how the bank could improve its operations. In another, Mr. Quigley discussed the possibility of securing an easy pass for the bank from the Consumer Financial Protection Bureau.

The report also described what it called inaccurate testimony last year by Wells Fargo’s chief executive at the time, Timothy J. Sloan, during a hearing before the Financial Services Committee.

Mr. Sloan testified under oath about orders that Wells Fargo had received from its regulator, the Office of the Comptroller of the Currency, to come up with a way to fix the problems it had caused for auto loan and mortgage customers and to prevent such abuses from happening again.

“We are in compliance with those plans,” Mr. Sloan testified.

But officials at the Office of the Comptroller of the Currency were not so sure.

“Have we told them they are in compliance?” one official wrote in an email to colleagues the next day. The answer was no. Another official concluded that Mr. Sloan had given inaccurate testimony to Ms. Waters’s committee, according to the report.

“I’m looking very closely and considering whether or not there will be a referral to the Department of Justice about that,” Ms. Waters told reporters.

A spokesman for Fortress Investment Group, where Mr. Sloan started work on Wednesday as a senior adviser, declined to comment.

Joseph Otting, the comptroller of the currency, said in a statement on Thursday that Wells Fargo’s behavior toward customers and employees and its failure to fix its problems was “unacceptable for this or any other bank.”

“O.C.C. staff continues to work with the bank’s new management to correct the deficiencies identified in our previous orders and to comply with laws, regulations and expectations going forward,” Mr. Otting said.

He added that he was “encouraged” by the early actions of the bank’s current chief executive, Charles W. Scharf, who took over in October.

Ms. Waters was less enthusiastic. “I think perhaps less has been done than I would have anticipated at this time,” she said.