May the Fourth Be With Disney (Terms and Conditions Apply) 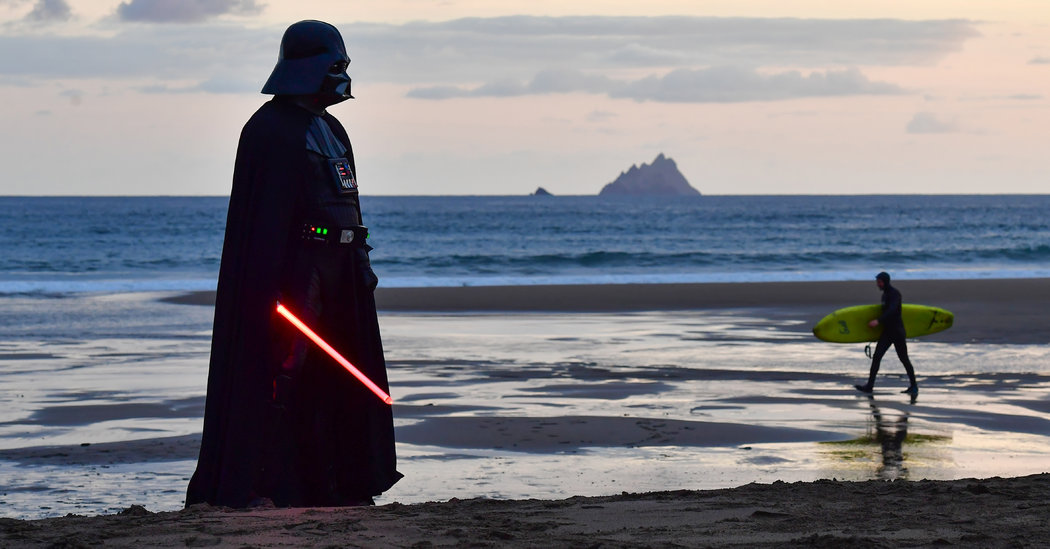 Disney’s attempt to rouse “Star Wars” fans on social media by encouraging them to share their favorite memories of the franchise backfired on Monday after its streaming service said those tweets and account handles could be used for the company’s purposes.

“Celebrate the Saga! Reply with your favorite #StarWars memory and you may see it somewhere special on #MayThe4th,” the account for Disney’s streaming service, Disney Plus, tweeted on Monday, using a popular play on the series line “May the Force be with you.”

Then Disney Plus added, “By sharing your message with us using #MayThe4th, you agree to our use of the message and your account name in all media and our terms of use.”

Hours later, the company added one more tweet, saying that the language applied only to replies to that tweet using the hashtag #MayThe4th and mentioning Disney Plus.

But the clarification could not prevent a flurry of criticism and mockery. Some accused Disney of abusing social media and exploiting fans, and others threatened to unsubscribe from Disney Plus, the company’s hugely popular new service.

“My favorite Star Wars memory would have to be the time Disney tried to lay legal claim to every tweet on Twitter that used a particular hashtag,” read one popular response.

Another person thought to include Jack Dorsey, the chief executive of Twitter, in a reply, asking, “At what point do you step in and specifically say that hashtags don’t belong to anyone?”

Disney declined to comment on Tuesday about its tweets or its statement about respondents agreeing to Disney’s terms of use.

“For the contractual issue, the question is if you use the Twitter platform, are there any terms of service provided that you are transferring any rights in your material to the service?” Mr. Carrier said. “In this case, the relevant terms of service would be between the user and Twitter. And so Twitter is the one that would have a claim for ownership, and my sense is that they don’t.”

Next, Mr. Carrier said that Disney did not have any intellectual property rights to what users write on Twitter. “Copyright exists to protect creation and it exists from the moment that you create something,” he said. When someone tweets, that person has a copyright to that content, he said.

Mr. Carrier said that the company’s third, clarifying message suggested that “perhaps they realized they overreached in that initial claim” about using content from Twitter. And he said he still had doubts about the company’s more narrow claim: “The question is does Disney have the right to do that? I don’t think they do.”