Meet the NASA astronauts who will fly on historic SpaceX mission 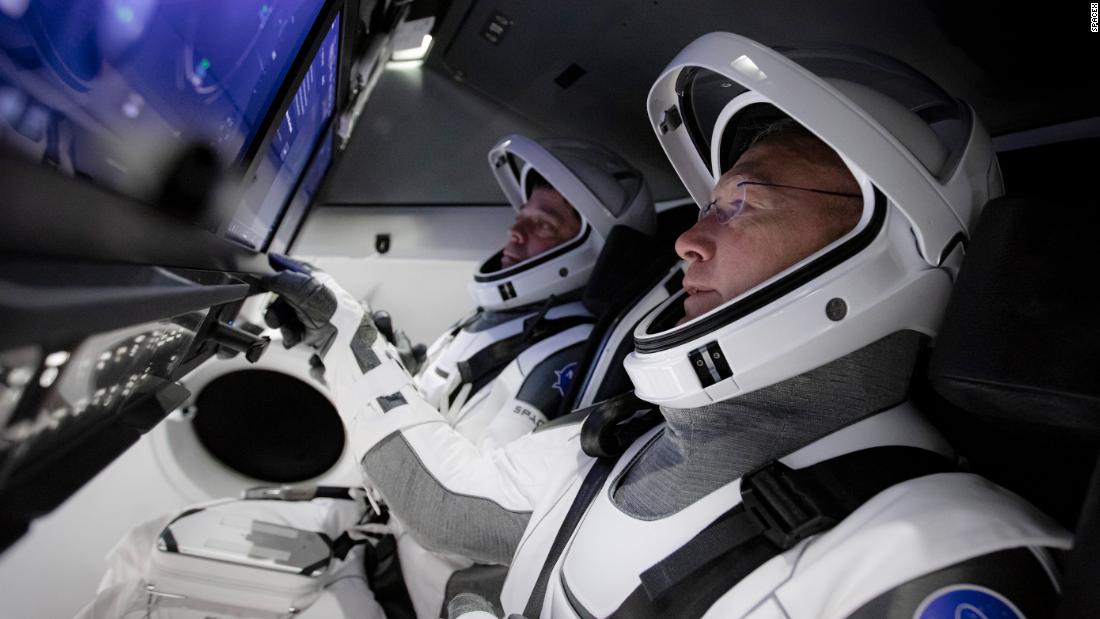 The flight has been years in the making, and it will mark several other firsts: The first time astronauts have flown to the International Space Station from US soil since NASA retired the Space Shuttle Program in 2011; the first-ever crewed mission for SpaceX in its 18-year history; and the first time since 1981 that NASA astronauts will ride aboard a newly-designed spacecraft.

SpaceX’s Crew Dragon is a much different vehicle than its predecessor, the Space Shuttle, which relied on rocket boosters strapped to a giant winged spacecraft to ferry astronauts to and from the ISS. Crew Dragon, however, is a smaller capsule that launches on top of a rocket, bearing more resemblance to Russia’s Soyuz capsule or the Dragon spacecraft that SpaceX has used to shuttle cargo to the space station for years.

The mission will put Behnken and Hurley among the ultra-elite club of astronauts who can say they were the first to put a new spacecraft to the ultimate test of flying to the International Space Station. But the men, who have previously logged hundreds of hours aboard the space station, appear calm — even stoic — when discussing their upcoming flight.

“We take it on…just like anything else,” Hurley, 53, told CNN Business’ Rachel Crane. “[We’ll] probably do a lot more thinking about it when we get back.”

Behnken and Hurley both began their careers as military test pilots and have logged thousands of hours piloting supersonic jets. When NASA selected them for this mission in 2018, it continued a long lineage of military test pilots deemed to have the “right stuff” for groundbreaking moments in human spaceflight history.

Still, if you had told them while they were zipping around in experimental aircraft that they’d one day test out a new orbital spacecraft, “I think we would have told you you were crazy,” Behnken, 49, said.

The men also happen to share a close-knit friendship on and off the job. They were in each other’s weddings, and have spent so much time together that they finish each other’s sentences, Behnken said.

We “can predict — almost by body language — what the person’s opinion is or what their next action is going to be,” Behnken added. “We’ve just been doing this so long that it’s kinda like having a second set of hands.”

Crew Dragon is also completely autonomous. In fact, one version of the vehicle completed an uncrewed test flight to the ISS last year. Its self-flying capabilities give the astronauts some peace of mind, Hurley said.

“You’re more of a monitor of all the systems and you’re not using all your brain power to actually fly the vehicle,” said Hurley. Though, “the vehicle has manual capability in several phases, and we will certainly test that out.”

Nevertheless, risk is inherent in any human spaceflight mission. The Space Shuttle had flown without a fatality for years before the Challenger disaster in 1986 and the Columbia tragedy in 2003. Russia’s Soyuz spacecraft has been flying for half a century, but has been involved in several nonfatal accidents in recent years.

Preparing for their upcoming Crew Dragon mission has already been far different than the Space Shuttle missions Behnken and Hurley have logged. There was no handbook, so the astronauts worked with NASA and SpaceX to create a training process from scratch.

“From a first flight standpoint, certainly there, there might be some greater quantifiable risk,” said Hurley, whose last time in space was as pilot of the final Space Shuttle mission, STS-135, nine years ago. Though, he added, NASA and SpaceX officials have worked “absolutely tirelessly over the last several years” to ensure Crew Dragon can safely complete the task. So, the risks are “probably no different than any other spaceflight.”

For Behnken, who had a son since his last stint in space a decade ago, the risk takes on a new meaning. But after nine years of relying on Russia and its Soyuz spacecraft to get US astronauts to the space station, Behnken said he understands the significance of the Crew Dragon mission taking off from Florida later this month.

“[My son] has only seen the pictures and video from before he was born, from my previous missions…I do want him to know that it’s a mission that I feel strongly about,” Behnken said. “It’s going forward in a way that I think is important for us, as humans — as Americans as well. And I want him to be proud of his father.”