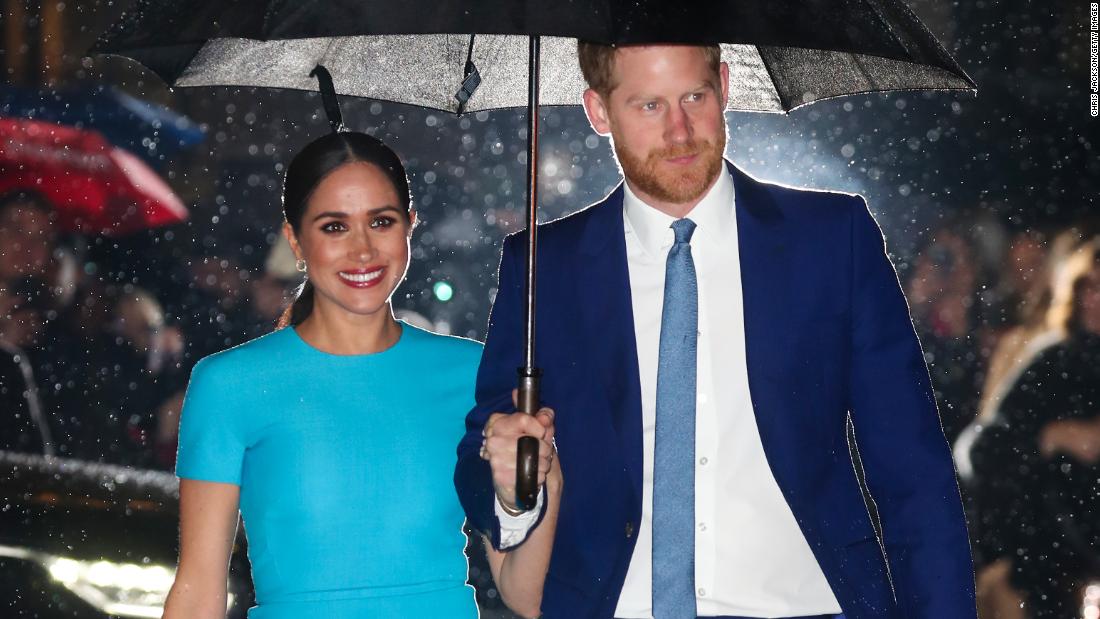 The newspapers — the Daily Mail, the Sun, the Mirror and the Express — were notified of the new policy in a letter sent on Sunday on behalf of Meghan and Harry and shared with CNN by a source close to the couple. The couple’s new approach also applies to the Sunday and online editions of those publications.

In the letter, the couple say they believe a free press “is a cornerstone to any democracy” but add that “there is a real human cost” to the way the tabloids go about their business.

“It is gravely concerning that an influential slice of the media, over many years, has sought to insulate themselves from taking accountability for what they say or print—even when they know it to be distorted, false, or invasive beyond reason. When power is enjoyed without responsibility, the trust we all place in this much-needed industry is degraded,” the letter states.

The couple have had a rough time with the media since getting together and have spoken out against what they say is the relentless and aggressive coverage of Meghan in particular. Prince Harry has described some of the coverage of his wife as containing “racial undertones.”

Last year, 72 female members of the UK parliament authored a joint letter condemning coverage of her, calling it “colonial,” “outdated,” and an invasion of privacy.

The letter sent to the British papers states that the Duke and Duchess and their communications team will not engage with the outlets in any way. “There will be no corroboration and zero engagement,” it explains.

“This policy is not about avoiding criticism,” the letter continues. “It’s not about shutting down public conversation or censoring accurate reporting. Media have every right to report on and indeed have an opinion on The Duke and Duchess of Sussex, good or bad. But it can’t be based on a lie.”

“What they won’t do is offer themselves up as currency for an economy of clickbait and distortion.”

Reach PLC, the publisher of the Mirror and Express, declined to comment. The Sun and the Daily Mail did not immediately respond to requests for comment.

In the wake of the the couple’s shock announcement in January that they were planning to step away from their official duties as working members of the royal family, several British tabloids have increased their focus on Meghan, dubbing the move “Megxit.” Some have accused her of turning Harry into a “joker” and leaving him behind to deal with the fall out while she rejoined their son in Canada.
Harry and Meghan have also torn up the traditional way the royal family has dealt with the press, first by announcing they would no longer participate in the pool of British journalists that for decades has covered all royal events and shares information and photos with other media.

The couple are also pursuing legal action against three of the tabloids. Last October, Meghan sued the Sunday edition of the Daily Mail, the Mail on Sunday, for publishing private letters to her father, which the couple said were selectively edited. Days later Prince Harry sued the owners of The Sun and the Daily Mirror for allegedly hacking his voicemails.
On Monday, Meghan filed a reply brief as part of the lawsuit against the Mail on Sunday. A virtual hearing on the matter is set to take place Friday.

The Mail has defended itself, saying there was a “huge and legitimate” public interest in publishing the letter.

— Max Foster contributed to this report.