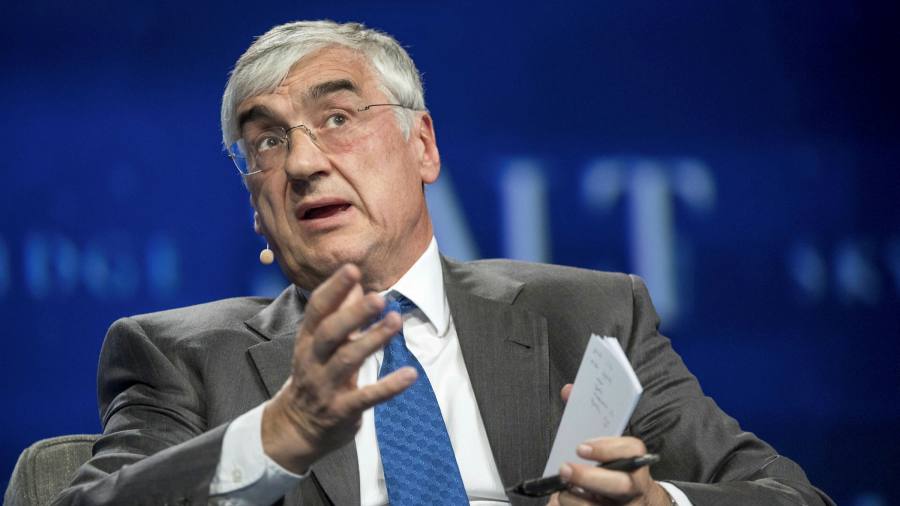 A hedge fund run by billionaire trader Michael Hintze has suffered a second large fall in as many months, leaving it down roughly 50 per cent in what is shaping up to be its worst ever run of performance.

Sir Michael’s CQS Directional Opportunities fund, which was managing more than $3bn in assets earlier this year, posted a double-digit decline in April, according to people familiar with its performance. It follows a 33 per cent loss in a turbulent March as managers were wrongfooted by the impact of the coronavirus pandemic.

CQS, which was set up by Sir Michael 21 years ago and which manages about $20bn in assets in total, declined to comment.

The loss comes as an anomaly in a hedge fund industry that has largely rebounded strongly in a buoyant April for most markets. Managers gained 2.9 per cent last month, according to early numbers from data group HFR, helped by the biggest monthly rally in US stocks since 1987. Credit-focused hedge funds climbed 3.4 per cent in April.

Part of the losses in Sir Michael’s DO fund stem from exposure to the energy sector, said two of the people. Last month benchmark US crude prices briefly traded in negative territory after a big squeeze on storage facilities, further rattling the energy industry.

The fund made big bets on derivatives linked to corporate debt, through structured investment vehicles that bundle together credit default swaps on riskier companies.

People familiar with the matter said that CQS invested in the riskiest slices of these derivative products. As these agreements act like insurance contracts, this means the hedge fund is on the hook if defaults start to pick up in the underlying portfolio of companies.

A recent spate of bankruptcies, such as those of Diamond Offshore Drilling and Whiting Petroleum in April, have knocked the performance of the investments, which can typically sustain up to four defaults, people familiar with the product said.

Sir Michael, who is known in the industry for a punchy approach that has often generated large gains, wrote at the turn of the year that he was “cautiously optimistic” for 2020 and that global growth looked “intact”. That bullishness cost him as riskier assets began to tumble at the end of February on signs the virus was spreading throughout Europe.

Sir Michael, 66, who was born in China and raised in Australia, has a net fortune estimated by the Sunday Times Rich List at £1.5bn. The former Goldman Sachs and Salomon Brothers trader recorded gains of more than 30 per cent in his fund in 2012 and 2016, although it struggled in 2018’s choppier markets.

In January CQS said that Xavier Rolet, the former head of the London Stock Exchange who had joined CQS a year earlier to drive growth, would step down as chief executive.