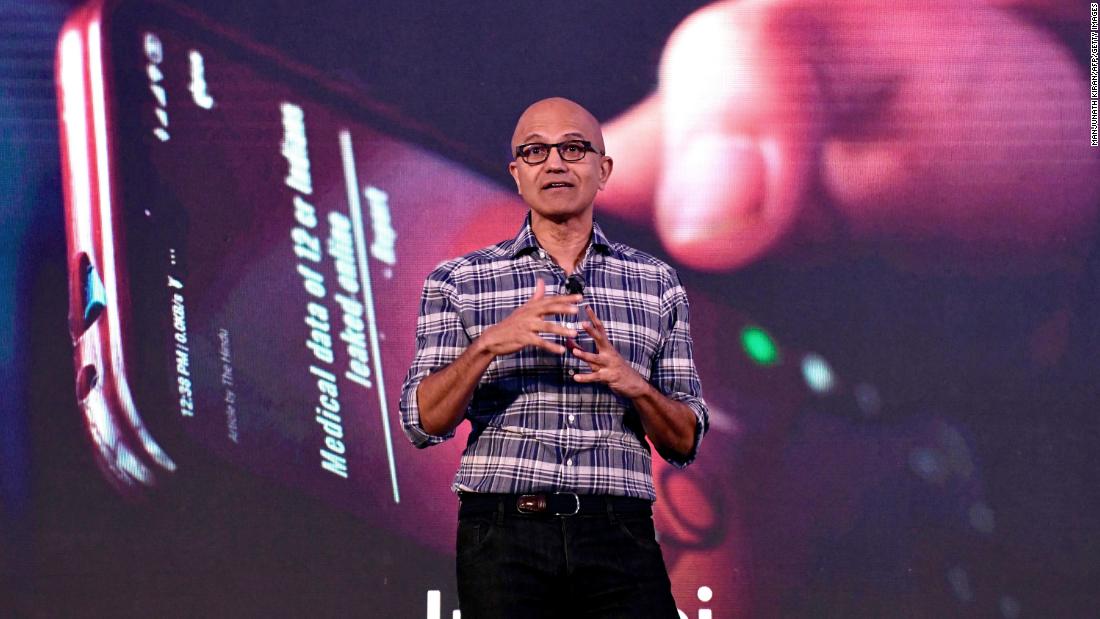 The announcement follows in the footsteps of tech giants IBM (IBM) and Amazon (AMZN), which both rolled out limitations on plans to sell facial recognition in the wake of anti-racism protests around the world in response to the death of George Floyd.
Microsoft (MSFT) president Brad Smith said any legislation on facial recognition should be firmly grounded in human rights.
“We need Congress to act, not just tech companies alone,” Smith said at a virtual Washington Post event.

Microsoft’s decision adds to the pressure on lawmakers to respond to the protests focusing on racial injustice and police brutality. Studies have shown that commercial facial recognition algorithms frequently misidentify minorities and people of color.

Technology companies have rapidly expanded their partnerships with law enforcement agencies in recent years, providing them with sophisticated surveillance tools that have raised concerns about citizen privacy and discrimination.

Amazon’s Ring subsidiary, for instance, has partnerships with more than 1,300 police forces in the US. The company said Wednesday it will put a one-year hold on sales of its facial recognition technology to law enforcement, in hopes of giving Congress time to “implement appropriate rules.”
Earlier this week, IBM said in a letter to Congress that it will no longer sell general purpose facial recognition services, and said in a separate statement that it would no longer invest in research and development of the technology.

“We also urge these companies to work to forever shut the door on America’s sordid chapter of over-policing of Black and Brown communities, including the surveillance technologies that disproportionately harm them,” said Matt Cagle, an attorney with the American Civil Liberties Union of Northern California, in a statement.

This is not the first time Microsoft has called for comprehensive facial recognition rules. In 2018, Smith wrote a blog post describing the technology as a “genie” emerging from a bottle.

“Unless we act, we risk waking up five years from now to find that facial recognition services have spread in ways that exacerbate societal issues,” Smith wrote at the time. “By that time, these challenges will be much more difficult to bottle back up.