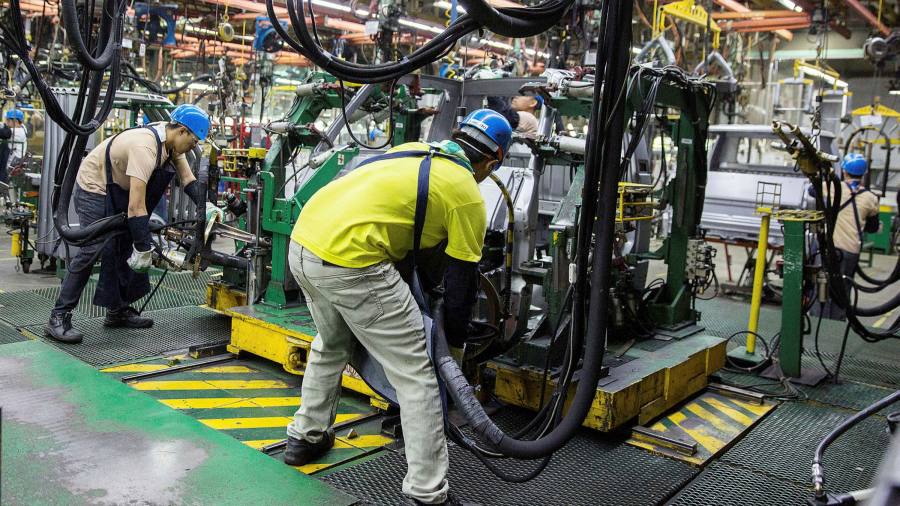 Companies across emerging markets could default on their debt at a greater rate than during the global financial crisis in the next 12 months, Moody’s has forecast.

The credit rating agency fears that up to 13.7 per cent of all speculative-grade corporate bonds in emerging markets will sour in the year to March 2021. That high end of the estimate would narrowly exceed the 13.6 per cent default rate seen at the peak of the 2008 crisis.

“The global spread of the coronavirus has led to business closures and restrictions on social interactions in many countries. The collapse in demand has weakened EM corporate profitability and liquidity,” said Joyce Jiang, an analyst at Moody’s.

The default rate for risky speculative-grade corporate bonds in emerging markets fell to 0.8 per cent last year as just seven companies defaulted. They included Jamaican telecoms company Digicel — which extended the maturities of two bonds worth a combined $3bn by two years — and three Chinese companies.

However, Moody’s forecasts this will jump to between 8.3 per cent and 13.7 per cent as a result of the global recession that is now taking hold.

“The model’s history has been very accurate, particularly if you get the macro environment correct,” said Kumar Kanthan, credit strategist at Moody’s. The pandemic had not yet shown up in default rates, he added, but two sectors likely to be badly hit — retail and oil and gas — had suffered rising defaults even before the virus struck.

Moody’s is not alone in warning of stress ahead. On Sunday, JPMorgan said it expected the sector to remain weak over the course of this year, raising its forecast for the gap between yields on riskier emerging-market corporate bonds to 7 percentage points over US government bonds, from a previous forecast of 4.35 points. That would mark only a mild recovery from the current rate of about 8 points.

Stephen Dulake, global head of credit research at the bank, cited the prospect of “rising default rates”, adding that “the pressure on high yield sovereigns is likely to trickle down into corporates”, through relative spreads and a deterioration in the macroeconomic environment.

But many investors remain bullish and said the Moody’s estimate was too high. “We expect defaults to be in the mid-single digit area,” said Charles de Quinsonas, a fund manager at M&G Investments.

He argued that the EM high-yield index has changed dramatically since 2008, when it was skewed towards default-prone Latin America, rather than towards Asia as it is now. And while companies from Argentina — seemingly heading for a sovereign default — account for 2 per cent of the index, other struggling countries such as Lebanon and Ecuador are virtually absent, limiting the risk of contagion.

Moreover, Mr de Quinsonas said, banks in emerging markets, which made up a large slice of the high-yield index, were “much stronger” than they were during the 2008 crisis, and were receiving more liquidity support from central banks.

“Banks come into this episode in strong starting positions,” he said. “Corporate leverage has declined since the peak after the [EM sell-off of 2013]. We believe it will be manageable.” A lot of corporate issuers were able to tap the bond market last year, strengthening their balance sheets, he added.

Jan Dehn, head of research at emerging markets investor Ashmore, said high-yield EM companies typically had cash on their balance sheet equivalent to a quarter of their debt, compared with just 9 per cent for speculative-grade US companies, so “they are in a better position to cope with shocks”.

The IMF estimates that developed economies will contract by 6.1 per cent this year, much more than the 1.1 per cent rate predicted for emerging markets, and Mr Dehn said that “for most of EM it will be a relatively V-shaped experience. Inflation is very low, there is no evidence of FX pass-through [from weaker currencies] so central banks can cut rates.”

Mr de Quinsonas said that while some airlines, hotels and smaller retailers faced default, “unless the disruption lasts 12 to 18 months we don’t see the default risk as being as high” as in the 2008 crisis.

He calculated that current bond spreads implied a default rate of 7.5 per cent over the next 12 months, making the asset class cheap, in his view. He added that gloomy expectations for defaults in 2008 were not reflected in the real default rate. “We were paid to step in then and we believe this will be the case this time,” he added.

Mr Dehn at Ashmore said the default rate in developed markets was likely to tower over that of emerging markets as a result of the coronavirus crisis. “We will have a 5-6 per cent peak this time around, maybe even less. I would be amazed if you didn’t get double-digit default rates in the US,” he said.