More than 1,000 McDonald’s dining rooms have reopened as the company eyes a return to growth 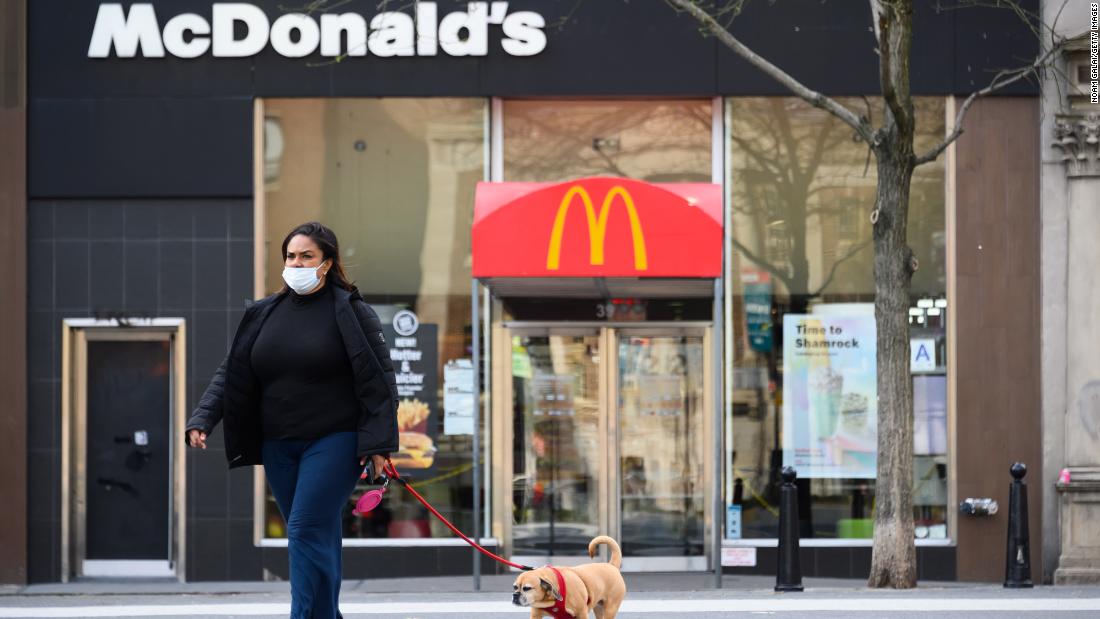 The company reported Tuesday that 95% of its restaurants around the world have now reopened in some capacity, according to an SEC filing. This includes 90% of McDonald’s (MCD) restaurants in international markets that are now open, up from 45% on April 30. Around 99% of US restaurants have continued operating some services throughout the pandemic.

McDonald’s said its large number of drive-through restaurants, and investments to support franchise owners helped it weather the crisis. Deliveries and additional marketing helped, too.

“The steps we are taking in response to the pandemic and to accelerate recovery, while continuing to serve the great and familiar taste of a meal from McDonald’s, will position us well for the next phase of this crisis,” McDonald’s CEO Chris Kempczinski said in the filing, which is meant to give investors an update on the company’s business amid the pandemic between quarterly financial reports.

US sales fell 19% during the month of April compared to the same period in the year prior, but were down just 5% year-over-year in May, McDonald’s said in the filing. In the company’s international operated markets, sales dropped nearly 67% from the year prior during April, and were down 41% in May. Those numbers include sales at all McDonald’s locations that have been operating for at least 13 months, even if the restaurants were temporarily closed during the pandemic.

McDonald’s said US sales and guest numbers were particularly low during breakfast, something executives lamented on the company’s quarterly earnings call in early May. Breakfast had been an increasingly competitive mealtime and many fast food companies, including McDonald’s, had invested in new breakfast offerings before coronavirus hit.

However, in the United States, the company said that nearly all of its restaurants have continued to operate drive-through, delivery or take-out service with a limited menu since March. More recently, over 1,000 US restaurants reopened their dining rooms with reduced seating capacity.

Only around 100 US restaurants remain closed, which the company said is largely due to their unique locations, such as those in shopping malls that are currently shuttered.

In the company’s international operated markets, sales during April and May were heavily impacted by temporary restaurant closures in the United Kingdom and France and, to a lesser extent, in Spain and Italy. Restaurants in those four countries began reopening for limited operations throughout May and June.

But McDonald’s said that in international markets that have remained open, “sales trends continued to improve in May.”

McDonald’s reiterated in the filing some previously announced efforts made to help expedite its recovery from the pandemic, including deferrals of some rent and royalty bills for franchise owners and a $200 million investment in additional advertising. The company last month also released a 59-page manual for franchise operators on how to safely reopen, which outlines the minimum sanitation and social-distancing requirements each must meet before allowing customers in dining rooms.