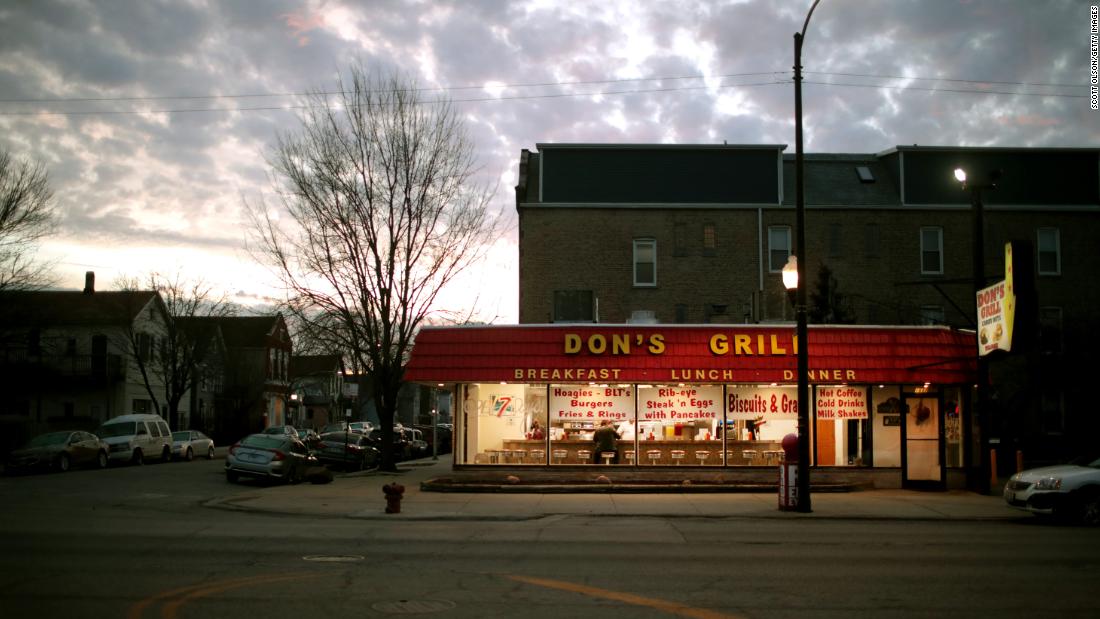 Now he’s losing sleep over the prospect that the virus could cost him his food truck and catering business, which provides three jobs, including his own.

Sales at Dixon’s food truck, KC Cajun, plunged this week as businesses in downtown Kansas City, Missouri, where he’s based, have shifted to working from home. His catering business is having cancellations like he’s never seen before.

“I know I’m stressed. I’ve had sleepless night. It’s just scary because we don’t know what we’re going to do,” said Dixon.

His situation is a harbinger of the problems facing the US economy from the coronavirus, which could be far deeper and more widespread than they initially appeared.

And because it will hit small businesses like Dixon’s particularly hard, it could take years for the economy to fully recover — even after the coronavirus crisis is long over.

It’s not just jobs at airlines, hotels, amusement parks and sporting events that are at risk. It’s the food trucks that serve office workers or school students who are now staying home. It’s the dry cleaners who clean the dress clothes that will not be worn as workers stay away from their offices. It’s hair stylists, dog walkers, babysitters, restaurant workers and others who provide services that people no longer need or can’t afford.

More than half of US jobs at risk

That doesn’t mean that all those jobs will be lost. But it’s probable that as many as 10 million of those workers could see some impact to their paychecks — either layoffs, furloughs, fewer hours or wage cuts, said Mark Zandi, chief economist at Moody’s Analytics.

Of those 80 million jobs, Moody’s Analytics projects that 27 million are at high risk due to the virus, primarily in transportation and travel, leisure and hospitality, temporary help services and oil drilling and extraction. Maybe 20% of those workers, comprising about 5 million jobs, will be affected, Zandi said.
The other 52 million jobs are judged to face “moderate risk.” They are in areas such as retail, manufacturing, construction and education. Some 5 million of those workers are could be unemployed or underemployed.

“People are going to be buying less of everything. The stock market is down and wiping out people’s nest eggs,” Zandi said. “They’re worried ‘Am I going to get sick? Are my parents going to get sick?’ That’s a prescription for people going into the bunker and for job losses.”

The shock to the economy could come quickly. When the job changes in the coming week are counted it could show a loss of as many as 1 million jobs, according to Kevin Hassett, the former chairman of the White House Council of Economic Advisors under President Donald Trump.

That would be significantly worse than the 800,000 jobs lost in March 2009, the worst month of the Great Recession. That was also one-month drop in jobs since the US economy shifted off a war footing the month after World War II.

“You’re looking at one of the biggest negative job numbers you’ve ever seen,” Hassett told CNN Monday. He said that even if there isn’t a big increase in firings, the economy needs a certain level of hiring to balance out the normal number of people who are leaving jobs.

“The issue is we think next week….there will be no hires,” he said.

Finding new jobs will be tough for those losing paychecks

Because the United States is now in what is a virtual national hiring freeze, many of those losing their jobs will have trouble finding new ones. A weekly survey of 350 businesses by Moody’s Analytics found that as recently as December 41% of businesses were hiring. As of a Friday survey, that’s down to 12%.

Job placement firm Challenger, Gray and Christmas has seen a similar plunge in businesses looking to hire. Health care companies are looking for help, but most other firms are instituting job freezes, said Andrew Challenger, the firm’s senior vice president.

“Employers stop hiring amid so much uncertainty, when they can’t be certain where their business is going in next few month. We’re going to see those effects on labor beginning to pile up very quickly.”

So far, the percentage of businesses that are furloughing workers hasn’t increased, according to the Moody’s survey. It’s still at 19%, little changed from recent months. But Zandi believes that’s about to radically change.

“Last week it was all about stopping hiring. This coming week it will be about laying off workers,” Zandi said.

The real hit to the economy from the crisis could be in all the small businesses that won’t be able to reopen whenever the crisis ends.

Speed of crisis has been tough for small businesses

What is especially tough for many small businesses is how rapidly conditions have changed.

“We were actually at an event last Sunday. We were getting bookings. People were putting down $500 deposits,” said Kansas City food truck operator Dixon.

Two years ago, Dixon spent $90,000 to get his business going with the help of a bank loan that carries a monthly payment of $1,500.

“The payment is due on the 15th of the month. We barely made it this month. We don’t know if we’ll be operating a month from now,” he said.

Dixon is hardly the only one worried about how he’s going to get through this crisis.

Tiffiny Baker is a hair stylist who splits her time between St. Louis, Missouri, and Las Vegas.

She was doing fine until a week ago when first cancellations started flooding in. She thinks part of the sudden drop off is because is her because her customers, who include waitresses and dancers in Las Vegas, no longer have money to spend. She’s frightened, and wondering how she and other hair stylists will get by given the sharp drop in her business.

— CNN’s Haley Draznin and Richa Naik contributed to this report