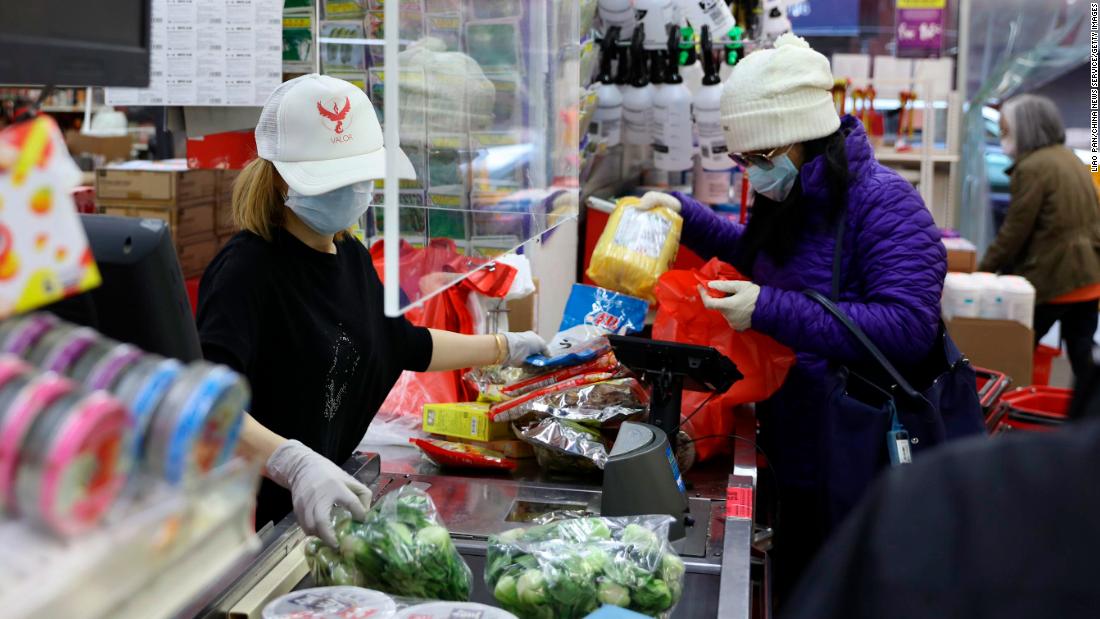 But the majority of workers keeping America fed during the pandemic can’t take a paid day off from work when they get sick, and women are less likely to have access to paid sick leave than men, according to new research from the Shift Project at the University of California.

Prior to the coronavirus crisis, around 55% of workers at some of the largest grocery, food service, big box, and retail stores in the country said they have no access to paid sick leave, according to a survey of 30,000 workers. Only 8% of workers surveyed said they could take two weeks off with pay.

“The widespread lack of paid sick leave for service sector workers has serious consequences for workers’ own health, for the wellbeing of those they care for, as well as for public health,” said Daniel Schneider, assistant professor of sociology at the University of California, Berkeley. “During a global pandemic, these consequences become all the more urgent.”

Last month, Congress expanded paid sick leave in an emergency coronavirus law. However, there is an exemption for employers with 500 or more employees.

Many big retailers and fast food chains have announced that they will offer two weeks of paid sick leave to workers who get coronavirus or receive a quarantine recommendation. But some companies’ policies require a coronavirus diagnosis or official quarantine recommendation to access the leave, which “could render those policies inaccessible for most workers who need them,” the researchers said.

Workers without paid sick leave are economically vulnerable and many can’t afford to take time off, the researchers found. A quarter struggled to pay their bills and a third experienced hunger hardship, even before the coronavirus outbreak.

Workers reported a lack of paid sick leave for several reasons, the researchers said: their employer did not offer it to any hourly workers, the benefit was conditional on job tenure or hours, or they encountered administrative barriers to taking time off.

The lack of access to paid sick leave is more pronounced among women, according to the findings.

“We find that 58% of women report lacking access to paid sick leave at their jobs versus 52% of male workers,” said Kristen Harknett, associate professor at the University of California, San Francisco School of Nursing, Social & Behavioral Sciences. “This inequality is particularly concerning because women in our sample are more likely to be single parents caring for young children.”

The researchers also found that there was a wide gap between paid sick leave policies across large chains. At Home Depot (HD), Safeway, Costco (COST), and Aldi, among others, more than 80% of workers reported access to paid sick leave.

The Shift Project collected data from approximately 30,000 hourly service-sector workers employed at more than 120 of the largest US food service and retail firms. They were interviewed between September 2017 and November 2019, prior to the coronavirus outbreak.