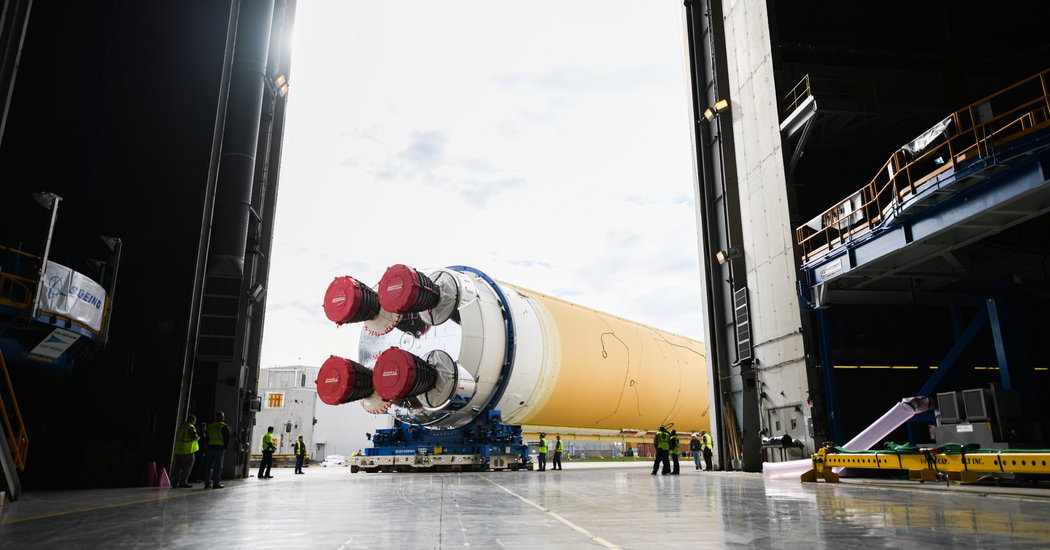 NASA announced on Thursday that it had picked three designs for spacecraft to take astronauts back to the surface of the moon. The space agency is providing money for initial design development work.

Two are from prominent billionaire-led rocket companies: Elon Musk’s SpaceX and Jeff Bezos’ Blue Origin. A third is led by Dynetics of Huntsville, Ala. The three companies will receive $967 million over 10 months.

Not among the winners was Boeing, which has played a major role in almost all NASA human spaceflight programs.

However, it seems unlikely that the space agency will be able to meet the Trump administration’s goal of a landing by the end of 2024. NASA had been aiming for 2028 until the White House accelerated the timeline by four years last year.

An audit released on Wednesday by the Government Accountability Office found that the costs of NASA’s major projects continue to spiral upward. Such projects, which have total price tags of $250 million or more, have seen an average cost increase of nearly 31 percent, up from 27.6 percent last year. The Space Launch System and Orion account for most of the overrun.

The audit also revealed concerns by program managers that the core stage of the S.L.S. rocket might leak when it is loaded with liquid hydrogen propellant.

The audit said additional cost increases were expected when NASA revises its timeline for the moon mission. The first launch of the rocket in an uncrewed test will not occur until next year, and even that may now be optimistic because of the pandemic.

NASA has shut down work at the Michoud Assembly Facility in New Orleans, where the rocket is being built, and the Stennis Space Center in Mississippi, where the first Space Launch System booster is to be tested.

The details of the first Artemis moon landing, which is to occur on the third Space Launch System mission, also remain in flux. NASA had been planning to use a small outpost known as Gateway in orbit around the moon where the lander would be sent ahead of time. The astronauts would first go to the Gateway aboard the Orion capsule, then transfer to the waiting lander to go down to the moon. The Government Accountability Office audit warned that parts of Gateway were in danger of falling behind schedule.

NASA officials have more recently suggested that they were looking to simplify the first moon landing and not use the Gateway.

For Artemis to succeed without the large budgets that NASA had during the 1960s for the Apollo missions, private companies are to play a key role.

In the past, NASA has led the design process and used what are known as cost-plus contracts. The companies were reimbursed for what they paid to build the spacecraft plus an additional fee for their services. But increasingly, NASA is using a markedly different approach with fixed-price contracts where NASA lays out what it needs but leaves it to the companies to come up with the particular solutions.

But when there is insufficient oversight by the space agency, surprises with potentially catastrophic consequences can pop up. An uncrewed test flight of Boeing’s Starliner capsule in December was cut short because the spacecraft’s clock was incorrectly set, and a subsequent investigation revealed major problems with how Boeing had developed and tested the Starliner’s software.