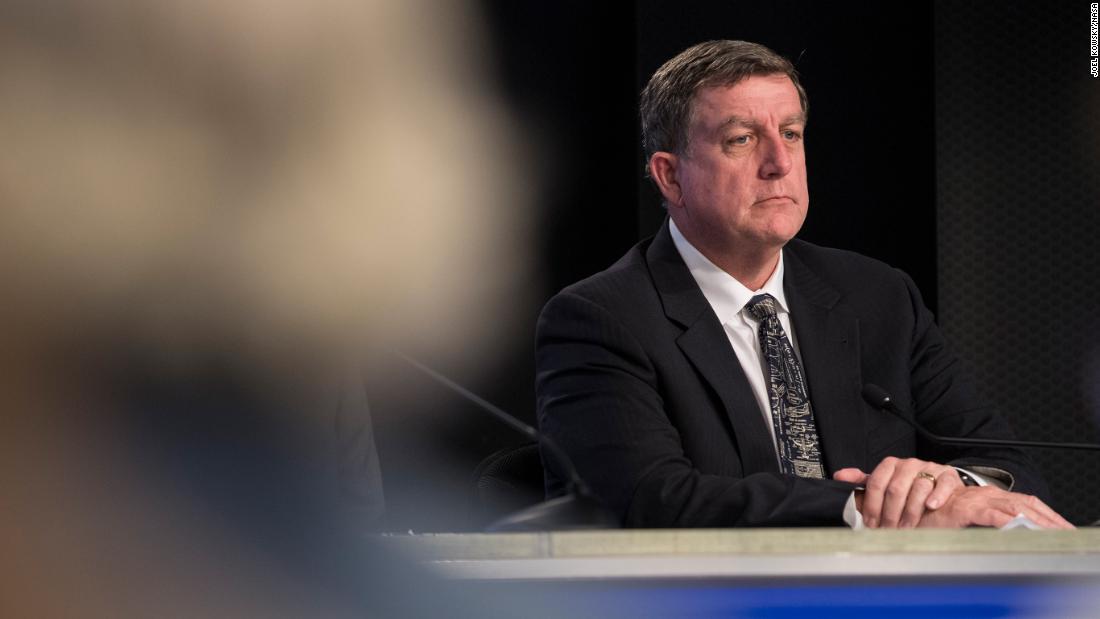 Kirk Shireman is retiring from NASA, Daniel Huot, a NASA public affairs officer confirmed Tuesday. His exit comes just two weeks after NASA astronauts Robert Behnken and Douglas Hurley made history by riding to the space station aboard a SpaceX Crew Dragon capsule. Both men are still on board the ISS.

A source familiar with the matter told CNN Business that Shireman already planned to retire this year before SpaceX’s historic mission, which took two astronauts to the ISS, took off last month.

Shireman could not be immediately reached for comment Tuesday.

His departure comes at a pivotal moment for the program he has overseen for the past five years. After nine years without having a way to get its own astronauts to and from the space station, NASA oversaw the first-ever crewed flight of a SpaceX capsule last month.

Shireman’s retirement also comes after NASA’s chief of human spaceflight, Doug Loverro, abruptly resigned from the space agency last month, citing a “mistake” he had made earlier this year. CNN Business previously reported that Loverro’s departure was related to contracts that were awarded for the development of lunar landers, or vehicles that can carry astronauts to the moon’s surface, according to a source familiar with the matter. Kathy Lueders, who has spent 28 years at NASA, was named to lead the agency’s Human Exploration and Operations Mission Directorate, or HEO, NASA announced last week.

CNN Business’ Rachel Crane conducted a remote interview with the astronauts Tuesday morning and asked about the leadership changes.

“One of the strengths of an organization like NASA is that we don’t rely on a single individual to drive the entire assessment and evaluation and management effort,” Behnken said. “And if the leader needs to move, then we’ll get a new leader and continue to move forward. And the team is strong enough to recognize their role in assisting that new leader as they’re coming in and take over the organization.”

Shireman, who is based at NASA’s Johnson Space Center in Houston, played a key role in the SpaceX mission as head of the ISS. Once Hurley and Behnken’s spacecraft docked, Shireman’s team took the lead on the mission and are overseeing Hurley and Behnken’s day-to-day activities on station. US astronaut Chris Cassidy, who arrived at the station aboard a Russian Soyuz vehicle, is also still on board the station.

NASA has not yet announced who will replace Shireman.