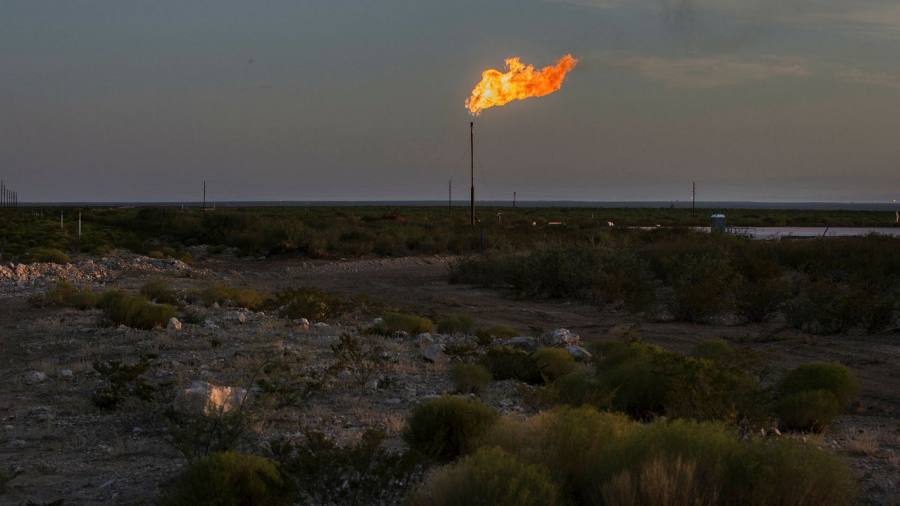 While rock-bottom oil prices wreak havoc across the US energy sector, there are some drillers for whom the historic bust has proven a share price boon: specialists in natural gas.

Some gas futures prices are up almost 10 per cent since the end of February over the same period that US crude oil has more than halved.

The reason: billions of dollars of capital spending cuts announced by US shale oil companies are likely to lead to lower output of so-called associated gas, natural gas produced as a byproduct of wells drilled mainly for their oil.

By some forecasts, total US gas production could be down more than 10 per cent by the end of next year, with significant consequences for companies involved in transporting and exporting the commodity.

The prospect of higher prices has provided a modest boost to exploration and production companies that drill mainly for gas.

Shares of EQT, the largest US gas producer, were up 20 per cent in the month to Wednesday. Cabot Oil & Gas was up 14 per cent and Southwestern Energy was up 12 per cent. A broader S&P index of exploration and production companies was down 49 per cent over the same period.

The US is the world’s largest natural gas supplier. Production is now about 92bn cubic feet per day, half of which is associated gas, according to S&P Global Platts. Oil-rich regions such as the Permian Basin of Texas and New Mexico produce large volumes of associated gas.

If oil producers slashed spending aggressively, total US gas production could decline to as little as 82bn cu ft/d by the end of 2021, said Francisco Blanch, head of commodities research at Bank of America. “That is a big chunk of gas disappearing from the system,” he said.

Associated gas output could slip by 1.5bn cu ft/d by the end of 2020 and another 2bn cu ft/d in 2021 if oil prices remain low, said Anne Robba, head of Americas gas and power analytics at S&P Global Platts.

Spot prices for oil and gas are both very low, with front-month West Texas Intermediate crude settling at $20.31 a barrel on Wednesday and benchmark Henry Hub natural gas falling to $1.587 per million British thermal units, the lowest price since 1995.

Yet May 2021 gas futures ended 0.8 per cent higher at $2.348, continuing their modest rise over the course of the past month. The average full-year price of US gas futures for delivery in 2021 has risen 9.4 per cent since the end of February.

While the economic damage from coronavirus is likely to hit commercial and industrial demand for natural gas, demand for the fuel for heat and electricity generation is relatively steady. In the deep recession of 2008-09, US gas consumption fell 2 per cent.

The pain caused to oil drillers by the collapse in crude prices will be familiar to investors in natural gas companies, which have struggled with low prices for much longer. Despite the modest uptick recently, EQT suspended its dividend last week to free up money for paying down debt.

The likelihood of less activity in the Permian Basin has wide consequences not just for drillers but also for companies involved in building infrastructure to move the gas produced there and for those hoping to export it.

Namerico Energy, a private equity-backed logistics company, has put on hold its proposed Pecos Trail pipeline that would have brought west Texas gas to the Gulf of Mexico, said Jeff Welch, president.

“We’re just being responsive to what’s going on, recognising that the upstream sector is not going to see the growth that people had expected,” Mr Welch said.

Higher US gas prices could further cloud the outlook for companies seeking buyers for liquefied natural gas from proposed terminals along the East and West Coasts, given US output is no longer a bargain relative to gas elsewhere.

The Japan-Korea Marker gas price assessed by Platts fell to a fresh low of $2.622 per million British thermal units this week, barely a dollar above the US spot price.