Nazi or Hero? Historian Looks at the Stories a German Consultant Told of His Father 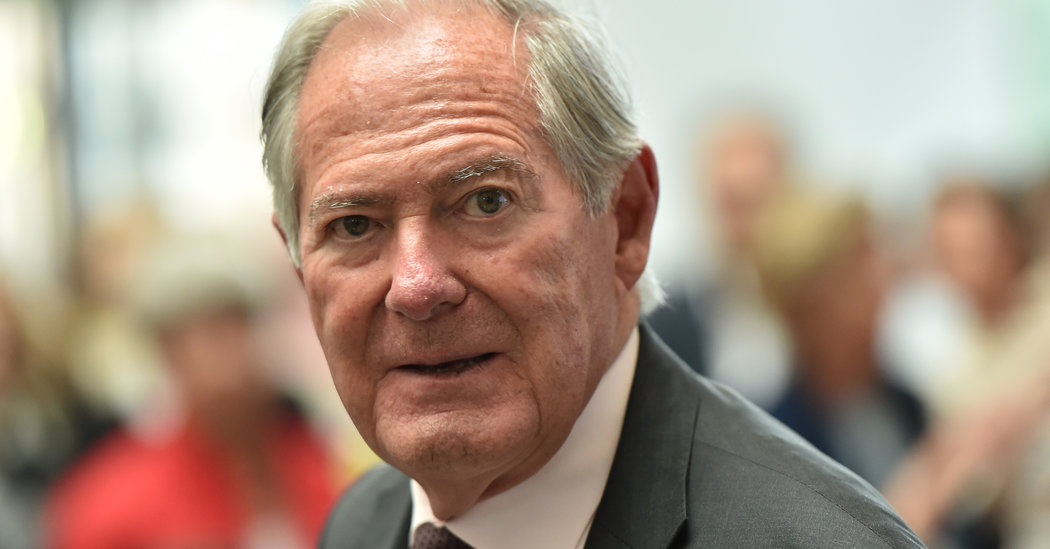 FRANKFURT — Weighing in on an issue that revived questions about the role of German business in World War II, a historian has partly confirmed and partly refuted reports that a well-known consultant falsely portrayed his father as a Nazi resister when in fact he was head bookkeeper for the Hitler Youth.

Roland Berger suffered significant damage to his image as consigliere to chancellors and to chief executives after The New York Times and other news media reported last year that he had constructed a legend about his father that was at best incomplete.

Mr. Berger, who was a child during the war, defended himself by saying that he had believed the stories his father told him. He hired Michael Wolffsohn, author of numerous books on German and Jewish history, to investigate. Mr. Wolffsohn’s report, which was published online on Sunday, made it clear that Mr. Berger’s father was no war criminal but also not the hero his son had often portrayed.

Georg Berger, the father, was an early member of the Nazi party who profited from the regime and had held several influential jobs, including a high-ranking post at the Hitler Youth. But he later fell out of favor and suffered Nazi injustice, including several months in a Gestapo jail, according to Mr. Wolffsohn.

“Georg Berger definitely did not have blood on his hands and was, in that respect, not a criminal,” Mr. Wolffsohn wrote. At the same time, he said, Georg Berger “was not a man of the resistance.”

“He was not, as Roland Berger often falsely asserted, a victim of Nazi persecution,” Mr. Wolffsohn said.

Roland Berger, who is 82 and no longer manages the consulting firm that bears his name, declined to comment for this article.

German corporations have often had to apologize for using slave labor or providing Hitler’s war machine with money and weapons. Mr. Berger’s case was unusual because he was a young boy during the war. His father’s past only became an issue because he often cited him as an inspiration and role model.

Roland Berger also told a story of heartbreaking visits to his father in Gestapo detention and said his father was later held at Dachau, the notorious concentration camp near Munich.

Parts of that story were true, and some were not, according to Mr. Wolffsohn.

Georg Berger did not resign his post with the Hitler Youth until September 1939, nearly a year after Kristallnacht. After a stint managing a factory that produced a kind of cracker, Mr. Berger became director of Ankerbrotfabrik, at the time Europe’s largest bakery, in Vienna. The appointment in 1941 was an indication that Mr. Berger was still well regarded by the regime. The bakery, as well as a villa in Vienna rented by the Berger family, had earlier been seized from Jewish owners.

Mr. Wolffsohn said that Georg Berger played no role in stealing Jewish property and, on the contrary, had tried to protect the interests of the former owners of the bakery, who were members of a Jewish family who had fled to Switzerland.

The owners sold their shares in the bakery to a German businessman living in Switzerland. The businessman was in all likelihood a frontman for the original owners, Mr. Wolffsohn said, and after the war sold the bakery company back to the family for a modest price.

Georg Berger resisted attempts by local Nazis to take full control of the bakery, though it was unclear whether his motives were altruistic or tactical. But Mr. Berger’s stance appears to have angered the party. In 1942, he was fired as head of the bakery after the Gestapo searched the family residence and accused Mr. Berger of hoarding rationed items like butter, eggs and soap.

Mr. Wolffsohn said that the accusation of hoarding was probably a pretense. Denunciation was a commonly used weapon in the bureaucratic power struggles that permeated the Nazi regime.

Mr. Wolffsohn also found documents to bolster a poignant story that Roland Berger often told about visiting his father on his birthday in a Gestapo jail in Munich.

Georg Berger also, as his son had claimed, spent several months in Russian prisoner of war camps after Germany’s surrender in May 1945, Mr. Wolffsohn said. Reporting by the newspaper Handelsblatt, quoted by The Times, cast doubt on whether the elder Berger had ever been incarcerated by the Gestapo or the Russians.

Mr. Wolffsohn, who was highly critical of media reporting on the case, was inclined to give Roland Berger the benefit of the doubt. “Every son tells or writes his own father’s story,” Mr. Wolffsohn wrote. “Rarely is the perception and portrayal of the son identical to the reality of the father.”