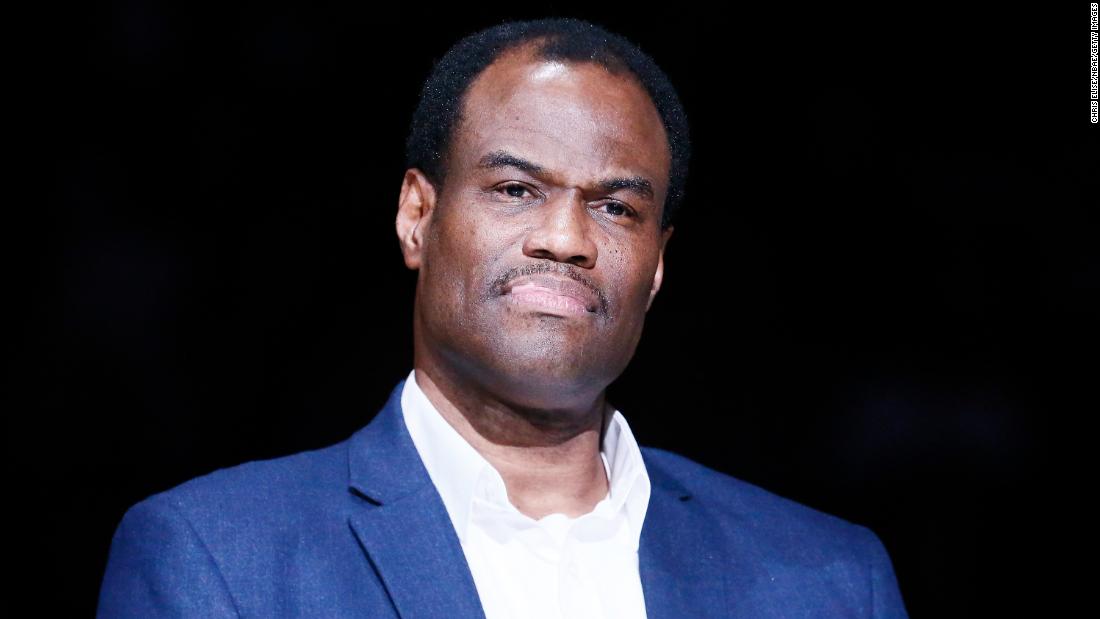 “I’ve had a lot of success and still some people assume the worst about me,” the seven foot tall Robinson told CNN Business, saying that he had a recent encounter in New York City where an older white woman who accidentally bumped into him and told him she was worried he was going to rob her.

Robinson is trying to make a difference with his private equity firm Admiral Capital Group, which invests primarily in real estate projects, privately held sports and entertainment businesses and franchise opportunities in hot restaurant chains such as Blaze Pizza and Jimmy John’s.

The company’s moniker is a nod to Robinson’s stint in the Navy — which earned him the nickname of The Admiral when he played for the San Antonio Spurs.

Admiral Capital Group takes 10% of the profits it makes off its deals and invests them back into local communities, primarily in education, said Daniel Bassichis, the firm’s co-founder.

Bassichis said he first met Robinson about 18 years ago through his classmates at Duke’s Fuqua School of Business who also went to the Naval Academy. He said the two quickly struck a friendship and found that they shared an interest in community service.

Admiral Capital Group has invested in apartment complexes and other properties in Nashville, Atlanta, Charleston and many other markets with the goal of fixing them up, selling them and using some of the proceeds to reinvest back into those community.

“The mandate is on generating returns first to earn trust and attract investors,” Bassichis said. “We’re kind of like a Blackstone but at a smaller scale.” Blackstone (BX) has more than $500 billion in assets. At its peak, Admiral Capital Group managed a portfolio of $1.7 billion in 2019.

Robinson said the ultimate goal is to invest in minority neighborhoods that are often overlooked.

“People often don’t chase deals in these communities. They are looking primarily for good yields and low risk. Even with the past few great years for real estate, many of these areas have not benefited,” Robinson said.

Bassichis said that the firm invested in a Hilton hotel in Houston in 2013 and in conjunction with that deal, Admiral Capital Group launched a program to create internships for minority students looking to go into the hospitality business.

That’s why a big focus for Robinson and Admiral Capital Group is Robinson’s IDEA Carver Academy, a public charter school in San Antonio that was originally founded as a private school. The Carver Academy, which graduated its first class of seniors last year, is now part of the broader IDEA Public Schools network in Texas and Louisiana.

Robinson said education is key to helping the black community at a time when institutional racism remains a major problem throughout America — as evidenced by the killing of George Floyd in Minneapolis.

“Part of the challenge is to help people understand that this is not just happening now. It’s bubbling to the surface more, but black people are aware of this all the time,” Robinson said.

“If you are not giving us a good education then what options do you have?” Robinson asked. “Black people are running a 400-meter race when everyone else is starting at the 200-meter line, It’s all built into the system and that is not something that escapes us.”