Nemir Kirdar, Middle East Financier With Foot in the West, Dies at 83 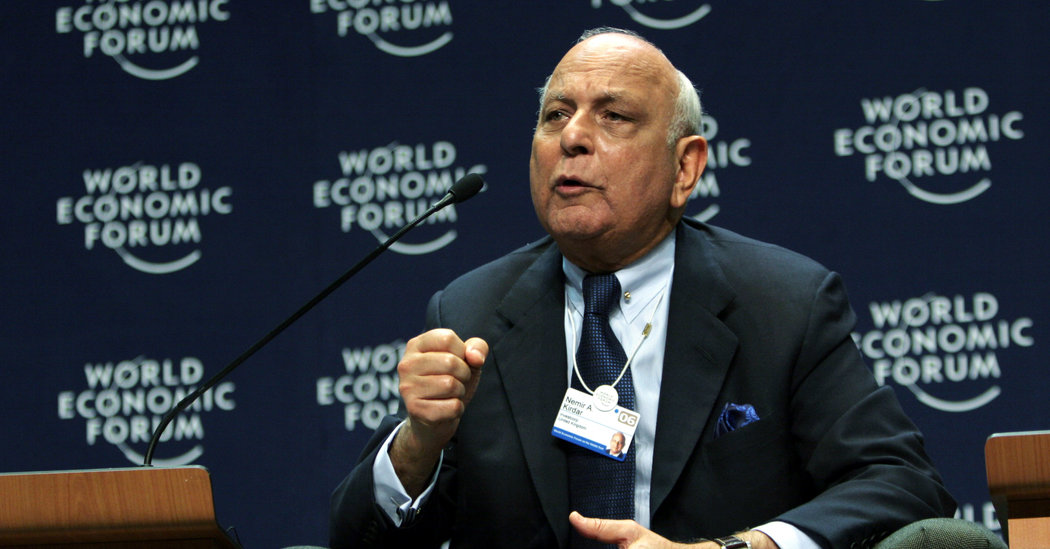 Nemir Kirdar was born on October 28, 1936, in Kirkuk, Iraq, one of five sons of Amin Kirdar and Nuzhet Mohammed Ali Kirdar. His father was a governor of Kirkuk province and a member of parliament; his mother was a homemaker.

His family was associated with the Hashemite family that held power in Iraq during his youth, and Mr. Kirdar had imagined that he would follow a long line of male relatives into high political office. He was occasionally invited to the palace by King Faisal II to play chess or watch the latest Hollywood film.

This comfortable world of the elite vanished when the Iraqi monarchy was overthrown in 1958 in a bloody coup. At the time, Mr. Kirdar was in Istanbul attending Robert College, an American institution, and waiting for the young king’s planned visit to the city; he had promised to teach Mr. Kirdar water-skiing.

Seeing no future for himself in Iraq, Mr. Kirdar resolved to go to a place ”where it was possible to get a fresh start,” he wrote in a memoir, “Need, Respect, Trust” (2013). That turned out to be the United States. He earned a degree in economics from the University of the Pacific in Stockton, Calif., and joined his family in Phoenix, where he worked as a bank teller for $250 a month.

In 1962, his brother, Nezir, persuaded him to return to Iraq, and Nemir spent the next six years working on a variety of business interests. But in an apparent effort to pressure an American company he represented, security forces arrested and jailed him in 1969 without charge. He was released after 10 days, but the experience led him to leave Iraq for good.

Mr. Kirdar made his way to New York, where he worked as bank trainee while getting an M.B.A. at Fordham University at night. He became an executive at Chase Manhattan Bank in 1974 and helped it tap into the growing wealth in Saudi Arabia and the United Arab Emirates during the 1970s oil boom. He rose quickly at Chase and accompanied the chairman and chief executive, David Rockefeller, on tours of the Persian Gulf region.