Netflix is slowing down in Europe to keep internet from breaking 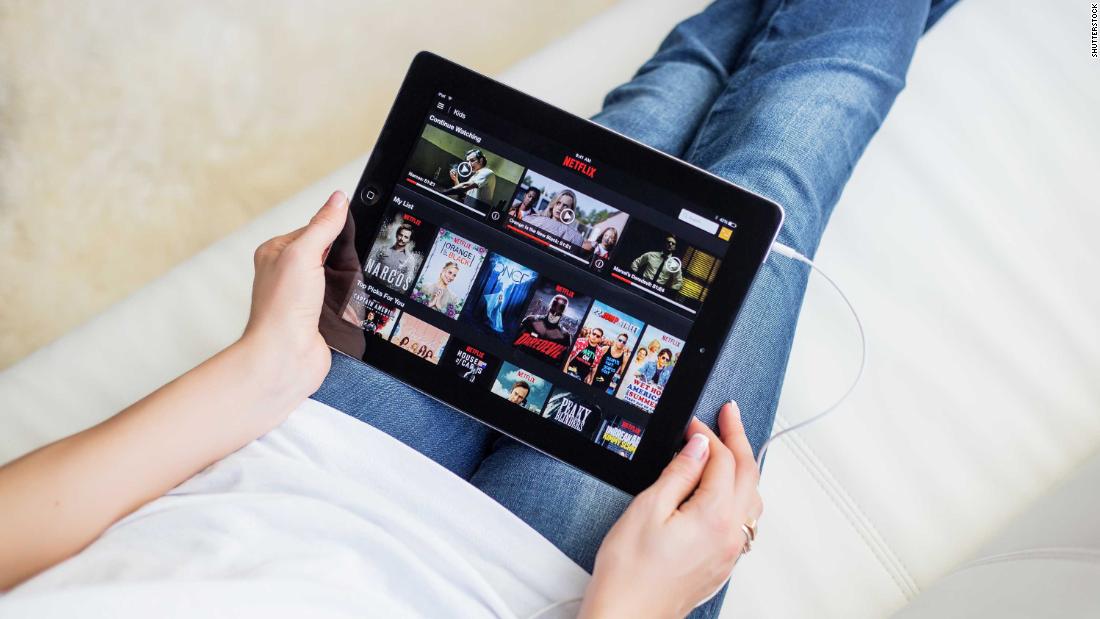 The company said it would reduce the bit rate of all its video streams for 30 days.

“We estimate that this will reduce Netflix traffic on European networks by around 25% while also ensuring a good quality service for our members,” a Netflix spokesperson said in a statement.

The announcement followed appeals from EU officials for Netflix and individual users to ditch high definition video to prevent the internet from breaking. With so many countries on forced lockdowns to fight the spread of the virus, hundreds of millions working from home and even more children out of school, the officials were concerned about the huge strain on the internet.

European Commissioner Thierry Breton, who is responsible for the EU internal market covering more than 450 million people, spoke to Netflix (NFLX) CEO Reed Hastings on Wednesday and again on Thursday about the strain video streaming was placing on networks.

In a statement, Breton said that given the unprecedented situation, streaming platforms, telecom operators and users “all have a joint responsibility to take steps to ensure the smooth functioning of the internet during the battle against the virus propagation.”

“I welcome the very prompt action that Netflix has taken to preserve the smooth functioning of the Internet during the Covid-19 crisis while maintaining a good experience for users,” he added.

According to a 2019 report by American networking equipment company Sandvine, video accounts for over 60% of data delivered from internet providers to consumers, with Netflix accounting for just under 12% of total traffic. Google traffic, driven by YouTube, accounts for another 12%.

A Netflix spokesperson told CNN Business the reduction may mean some users “see a reduction in perceptible video quality,” while others won’t see any change.

The Commission said that while there has been a sharp increase in internet usage, no outages or adverse effects have so far been reported. EU officials said they would work with the regulator that oversees electronic communications in the bloc to set up a special reporting mechanism to monitor internet traffic and respond to capacity issues.

“At this stage, new traffic patterns are being effectively handled by engineers as per standard network operations,” Lise Fuhr, director general of the European Telecommunications Network Operators’ Association, said in a statement. “We support the European Commission’s effort to ensure that national governments and national regulators have all the tools they need to keep networks strong across the continent.”

Howard Watson, chief technology and information officer for BT Group (BTGOF), said in a statement that the company “has more than enough capacity” in its UK network.

“Even if the same heavy data traffic that we see each evening were to run throughout the daytime, there is still enough capacity for work applications to run simultaneously,” he said.

“So far (we’re seeing) no congestion in the network, we can handle that, we have built a very robust network,” Vestberg told CNN’s Richard Quest Thursday. He did acknowledge that the company is seeing different kinds of demands on the network — including a 75% jump in gaming traffic and a 30% increase in VPN usage from the prior week.

But the internet is clearly under pressure.

Facebook (FB) on Wednesday acknowledged that the effects of the pandemic are stretching it to the limit.
In a call with reporters, CEO Mark Zuckerberg said Facebook’s services are facing “big surges” in usage as the coronavirus forces millions around the world to stay home.

He described the increase in demand as “well beyond” the main annual spike usually seen on New Year’s Eve. Voice and video calls on WhatsApp and Facebook Messenger, in particular, are more than double usual levels.

It’s not just extra video streaming that is straining internet infrastructure, said Kin K. Leung, professor of internet technology at Imperial College London. As businesses, schools and universities close down, and millions study and work from home, livestreaming of classes and video conferencing will increase exponentially.

Livestreaming is more demanding on the internet than video streaming, where the data is chopped up into packets that are shipped individually, and buffered, or loaded, separately if necessary to prevent disruption, Leung said.

He said he was concerned about the United Kingdom’s ability to handle the surge in demand, but confident that everyone will have good access.

Just as people are taking steps to avoid unnecessary social contact and practicing better hygiene to help fight the pandemic, so they should think about whether they really need to livestream a lecture, for example, rather than recording it, Leung said.

“Be a bit more conscious about the demand every one of us places on the internet, that is a good step to help out and ease the overload,” he added.