New Hurdles to Coronavirus Stimulus Appear for the Needy 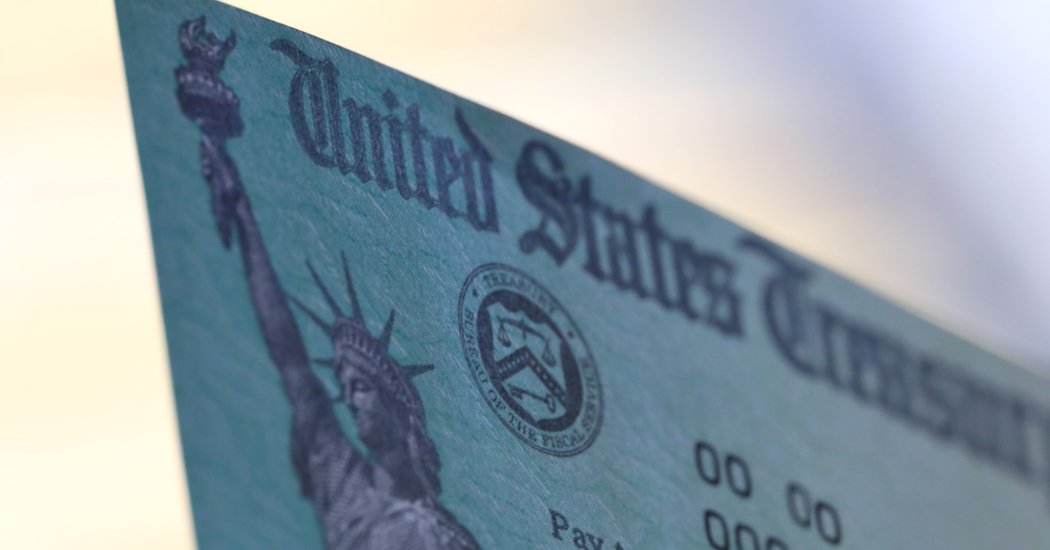 In the sweeping economic recovery package that Congress passed last week, the federal government promised payments of up to $1,200 to most American adults, including those with little income or none at all.

But millions of people most in need of help will face hurdles to getting the money they’ve been told is on the way.

The people who can be relatively confident that their money will arrive automatically and quickly are those whose information is already in the computers at the Internal Revenue Service. Everyone else must follow instructions posted by the I.R.S., which says even those who aren’t usually required to file tax returns will need to do so if they want their payments.

This came as a surprise to policy experts and advocates for low-income people and seniors, because the legislation signed by President Trump suggested that the process would work differently. The bill gave the Treasury explicit permission to use Social Security and similar databases — and the payment information they contain — to push payments to people automatically, without their needing to do anything else.

But the guidance issued by the I.R.S. on Monday indicates it has no plan to avail itself of that privilege.

“People who typically do not file a tax return will need to file a simple tax return to receive an economic impact payment,” the agency wrote in a bulletin, where it specifically listed “low-income taxpayers, senior citizens, Social Security recipients, some veterans and individuals with disabilities.”

That guidance covers millions of people. The Center on Budget and Policy Priorities estimated that among low-income Social Security recipients alone, at least 15 million people may now have to file a return to get the stimulus payment.

An I.R.S. spokesman declined to comment on the decision.

Representative Richard E. Neal, Democrat of Massachusetts and chairman of the House Ways and Means Committee, said in a statement after the guidance was issued that Treasury Secretary Steven Mnuchin and Andrew Saul, the commissioner of the Social Security Administration, should “find a solution that will allow vulnerable groups to receive these funds automatically, without needing to file an additional return.”

The unprecedented nature of the coronavirus crisis has forced agencies to figure out rules on the fly, so it is possible that the Treasury will ultimately decide to mine other databases to ensure every eligible person receives a payment. The guidance this week does not rule out using the Social Security database later.

The relief bill passed last week requires a public awareness campaign to spread the word about the stimulus payments, but no such program has yet begun.

The I.R.S. guidance acknowledged the potential complexity for low-income Americans, and the agency said it would “soon” offer instructions on its website for filing a 2019 tax return that contained “simple, but necessary, information including their filing status, number of dependents and direct deposit bank account information.”

But filing even the simplest of returns could pose challenges. Low-income seniors may not have the internet access or the technical skill to file a tax return online, even with the I.R.S.’s free filing site. Nonprofits that would provide help and libraries that would provide internet service may be closed. Family members who could assist may be afraid of visiting, for fear they could they infect their vulnerable older relatives.

Those filers will have until the end of the year to file and still get their stimulus payments. The I.R.S. also said it planned to create a portal in the coming weeks that would allow people who have filed taxes but have not given the I.R.S. their bank account information an opportunity to hand that data over. That could speed up payments for people who do not want to wait for a paper check.

The decision to require more people to file returns puzzled policy experts, who said the government had the ability to crosscheck various databases to make sure it reached everyone who was eligible, including those who would have the greatest need.

The Social Security Administration, for example, knows where to find many older people who do not file returns but receive regular payments each month, whether through direct deposit or other automated mechanisms.

That would require the Treasury to match its own databases with those of the Social Security Administration, delete people who showed up in both and then push the correct payments to anyone who was left over.

“The matching part may take longer, and it’s legitimate for them to say that one group will get payments faster and one group will be slower,” said Sharon Parrott, senior vice president for federal policy and program development with the Center on Budget and Policy Priorities. “But to throw up their hands and say they can’t do it? They have the capacity to do it, and I think they need the leadership to say that they are going to get this done.”

There will be an extra layer of difficulty for people who don’t normally file a return and lack a standard checking account.

The Financial Health Network, a research and advisory group, estimated that 12 million people earning less than $30,000 per year were among the so-called unbanked. But the guidance issued Monday says people who are filing returns just to receive their stimulus payment must supply direct-deposit information.

“There are a surprisingly large number of people who are unbanked in the U.S.,” said Michael Graetz, a Columbia University law professor and former deputy assistant secretary for tax policy at the Treasury Department. “They cash their checks at check-cashing facilities and do lending through credit cards or payday loan operations.”

Many people who don’t maintain a bank account have relationships with financial services companies that help distribute prepaid debit cards for various forms of government aid, like the Supplemental Nutrition Assistance Program.

Companies, like Conduent and FIS, that help run such programs possess information for many people who are eligible for the recovery payments but do not pay taxes or receive Social Security. The companies declined to comment on whether the Treasury had approached them about a partnership; the department also declined to comment.

Mr. Mnuchin has said he expected automatic payments to begin arriving this month. But the I.R.S. guidance will almost certainly mean longer waits for those who must file new returns to be eligible to receive a stimulus payment.

Policy experts and Social Security advocates worry that payments will be slow to reach those who need them. But the bigger fear is that some eligible people might not get payments at all.

When the federal government established a stimulus program in response to the 2008 financial crisis, at least 3.4 million people who were eligible failed to file the necessary tax return in order to get it, according to Treasury Department data. And that was for a smaller payment than the one on offer now — and a smaller group of eligible citizens.