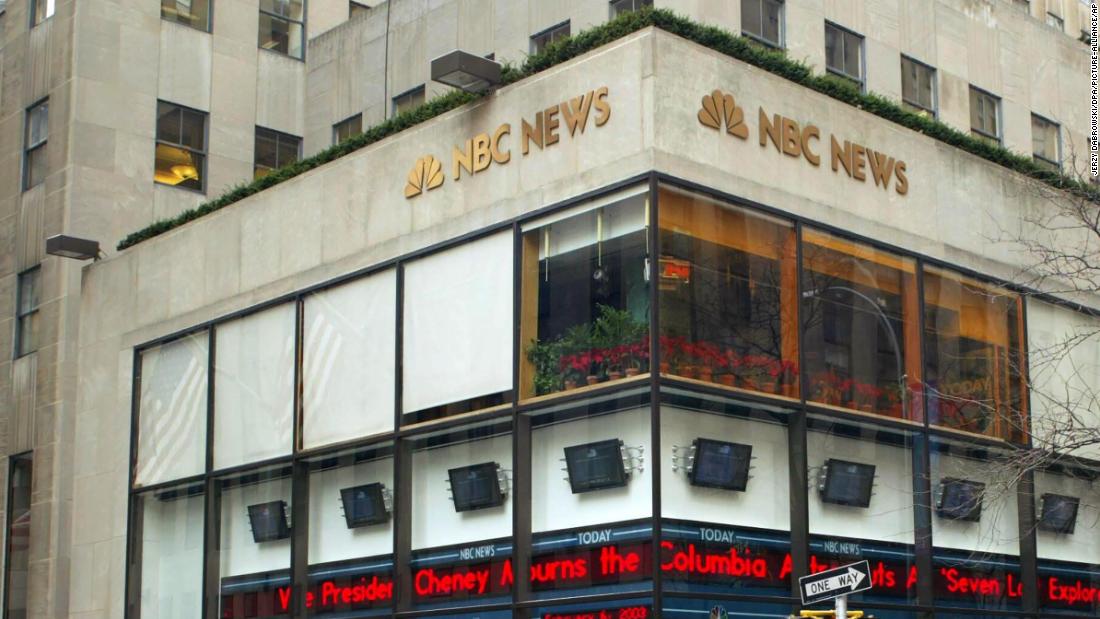 It is unclear if the investigation is ongoing, and the attorney general’s office declined to comment.

The investigation apparently stemmed from years of scandals swirling around NBC News, including the allegations of inappropriate sexual behavior by “Today” co-host Matt Lauer that led to his firing in November 2017. Lauer has denied all allegations of nonconsensual sex.
At least one woman who accused Lauer of misconduct, Addie Zinone, confirmed to Variety magazine that she was interviewed by the state attorney general’s office.

Zinone said she was asked about “the culture at NBC News and my experience as a young production assistant, including my interactions with Matt Lauer in the newsroom.”

Megyn Kelly, who hosted a morning show on NBC in 2017 and 2018, spoke with the attorney general’s office, according to a person with knowledge of the matter.

This person said another one of the women interviewed by the A.G.’s office is Linda Vester, who alleged in 2018 that former “NBC Nightly News” anchor Tom Brokaw “groped and assaulted” her in the early 1990s.

Brokaw denied the allegations and said in a letter to colleagues that Vester is a “character assassin” with a “grudge against NBC News.”

Employment lawyer Douglas Wigdor, who has represented plaintiffs in many harassment and retaliation cases, represents Vester and Kelly in connection with their testimony. The person with knowledge of the matter said both interviews took place in early January.

The A.G.’s office has not contacted NBC News management, according to a statement from NBCUniversal, which said, “We are not aware of any inquiry.”

The existence of the investigation first emerged on Monday, the same day that NBC said the chairman of the news division, Andy Lack, was leaving amid a restructuring of the company.
Lack has been dogged by questions about his handling of Ronan Farrow’s investigation into Harvey Weinstein, which Farrow claims was halted by NBC. Farrow took his reporting to The New Yorker and kept working on the story, which later won a Pulitzer Prize. Weinstein has repeatedly denied all allegations of non-consensual sex.

Lack has said Farrow painted a “fundamentally untrue picture” of what happened with the Weinstein story. Further, Lack has defended NBC’s handling of complaints.

On Monday night, Farrow’s former producer at NBC, Rich McHugh, who left the network and strongly criticized its management, went on Fox News’ “Tucker Carlson Tonight” and shared his knowledge of the probe.

When Carlson said he had heard about a possible investigation, McHugh said “that is true. I’m aware of it. I’ve been looking into it for a story. It was the New York Attorney General’s office civil division, so we’re not sure if it could lead into anything criminal, but I do know that they’ve been looking into this and interviewing employees over a number of months.”