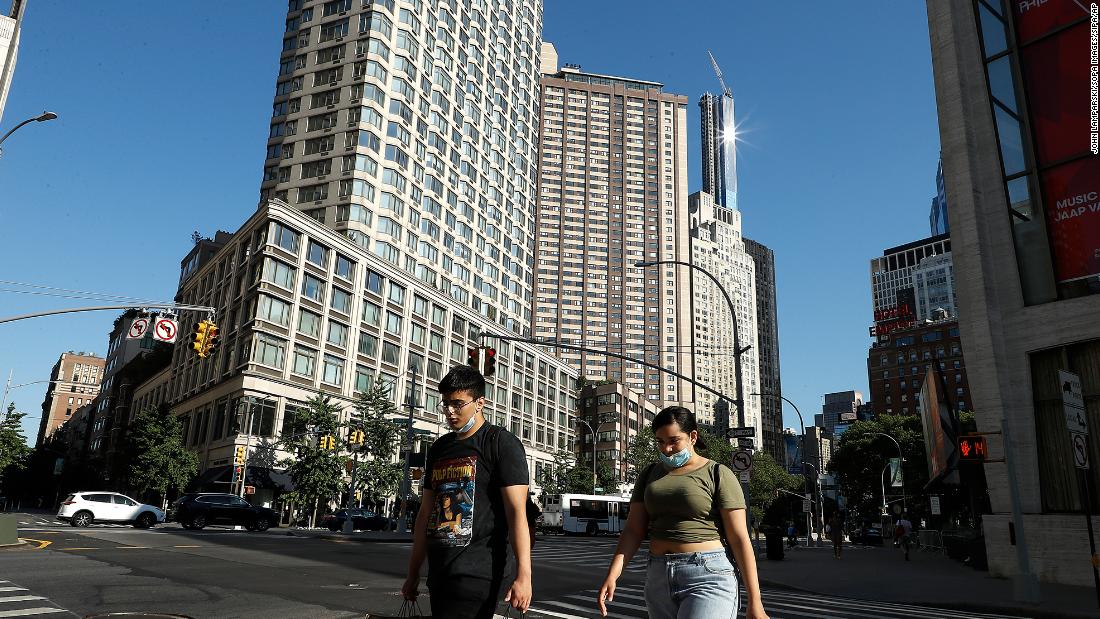 The vacancy rate on rental apartments in Manhattan hit a record 3.67%, more than double the rate a year ago, according to the report from real estate firm Douglas Elliman and appraiser Miller Samuel. It was the highest level in the report’s 14-year history.

June also saw the lowest number of new lease signings for that month in a decade, with landlords and brokers offering incentives to entice renters. The report found that 45% of new rental transactions in June included some sort of owner-paid incentives, like one or two months of free rent.

“With the vacancy rate where it is, people have opportunities for deals and lots of properties to look at,” said Hal D. Gavzie, executive manager of leasing at Douglas Elliman Real Estate. “The concessions are there, they will be there until we can eat through this inventory.”

Are people fleeing the city?

Without a doubt, the pandemic has many New Yorkers leaving urban apartments for suburban homes — and beyond — but the city is hardly emptying out.

“Between what we’ve heard and read, you would think there are only going to be five people left in Manhattan come September,” said Jonathan Miller, president of Miller Samuel. “That’s not the case. People are leaving. That is a phenomenon. But it isn’t the only thing happening.”

The city has long competed with the suburbs for residents, said Miller. “Going forward until there is a vaccine, the suburbs are having their day.”

While the dire numbers include renters who have left the city and their leases behind, the low activity also reflects agents’ inability to show properties during the shutdown. Activity in July should show some improvement given that New York City relaxed its restrictions on June 22nd, once again allowing real estate showings.

“There were only eight days in June that properties could be shown,” said Gavzie. “June was busier than April and May, but it is going to take a bit of time for people to feel comfortable coming into the market.”

More time will be needed to really assess the state of the rental market, said Miller.

“This is more a function of the market being artificially turned off than it is representative of some sort of mass exodus,” he said. “Clearly there is outbound migration, but we haven’t had a pure month without the lockdown to make coherent estimates on what the effect of this is.”

The upside is that the increased inventory and high vacancy rates should help make rent more affordable in the city. “The rental market was tight and prices were rising a year ago,” said Miller. “Now we have a rental market where we are seeing more concessions and rents are trending lower at all price points.”

Who is coming, who is going

“Being a landlord is tough at the moment,” said Jason Kennedy, a property owner with four buildings in Manhattan.

Many tenants have left their apartments for a second home or an alternative living situation outside the city, he said. Other renters who have lost their job or have taken a pay cut are having difficulty affording their rent. And some renters who can pay are asking for breaks on the rent, he said.

Another factor hurting landlords: The limitations on travel in and out of the United States hurts an international city like New York, he said. He has lost tenants who returned home permanently because of complications around work visas.

“The incoming international pool of renters is dwindling,” he said.

College students may not be returning to the city in as high numbers either, he noted. Although schools attempting to lower the density in dorms may result in some students looking for off-campus housing who otherwise would not have.

The kind of apartments renters are looking for is changing, too. If people need to be in the city, Kennedy said, many are interested in a smaller building, with fewer tenants where they don’t have to navigate a shared public elevator.

“Walk-ups can be more attractive right now,” he said.