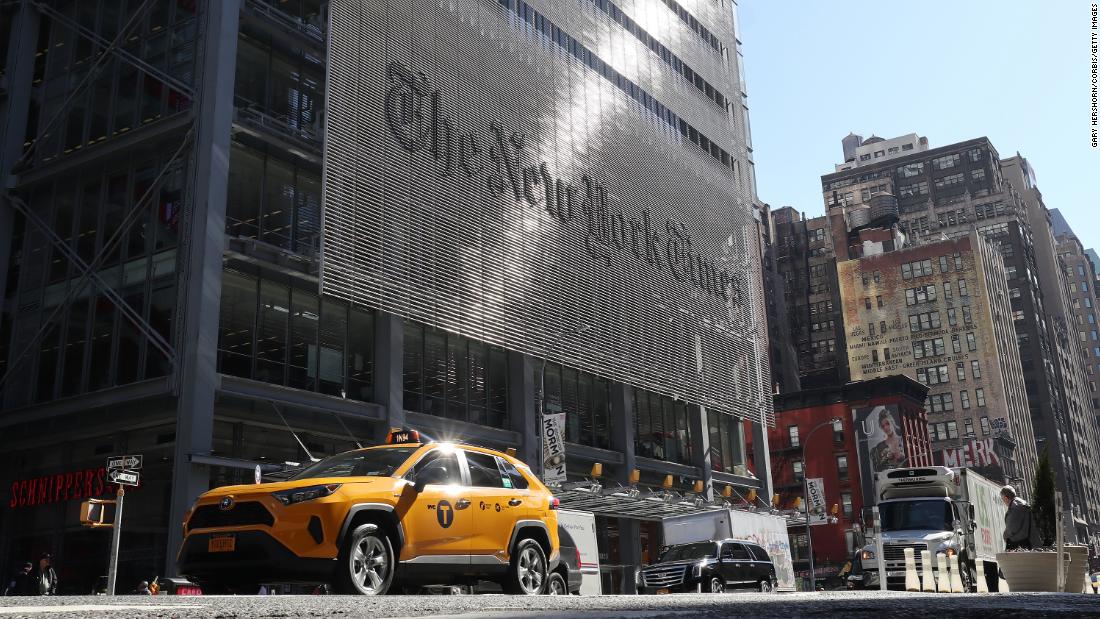 “We’ve examined the piece and the process leading up to its publication,” a spokesperson for The Times said in the Thursday evening statement. “This review made clear that a rushed editorial process led to the publication of an Op-Ed that did not meet our standards.”

“As a result,” The Times spokesperson added, “we’re planning to examine both short term and long term changes, to include expanding our fact checking operation and reducing the number of Op-Eds we publish.”

According to a story published by The Times, Bennet, who had previously defended publishing the op-ed, told staff members in a meeting Thursday that he had not read it before it was published. Bennet did not respond to questions from CNN Business about whether he had read Cotton’s op-ed prior to its publication.
The Times spokesperson also did not respond to follow up questions, including whether the op-ed would be updated or removed, given that the newspaper said it did not meet its standards. At the time of this story’s publication, it remained online unaltered.

Cotton’s communications director, Caroline Tabler, told CNN Business in a statement, “We weren’t contacted by the New York Times in advance of this statement and our editorial process was similar to our past experiences at the New York Times and other publications. We’re curious to know what part of that process and this piece didn’t meet their standards.”

The statement from The Times capped a day of turmoil inside the nation’s paper of record, with staff engaging in debate over the publication of Cotton’s op-ed and asking The Times’ leadership for answers.

Cotton’s piece, published Wednesday with the title “Send In the Troops,” argued the Insurrection Act could be invoked to deploy the military across the country to assist local law enforcement with unrest sparked by the death of George Floyd.
The op-ed was published in The Times’ opinion section, but staffers from both opinion and the newsroom — which operate separate from one another — publicly dissented on Wednesday night and into Thursday.
Dozens of journalists at The Times tweeted a screen shot showing the headline of Cotton’s piece and then added, “Running this puts Black @NYTimes staff in danger.”
The Times’ publisher, A.G. Sulzberger, sent employees a memo Thursday morning acknowledging concerns with the op-ed. Sulzberger said that he believes in the “principle of openness to a range of opinions, even those we may disagree with, and this piece was published in that spirit.”

Sulzberger, however, said he would listen to concerns “with an open mind.” He also said that The Times’ leadership would hold a town hall with staff Friday to hear directly from them.

But Sulzberger’s statement landed flat for among some Times staffers who began discussing it over text messages and Slack, an instant message application used by many workplaces, one employee who participated in some of the conversations told CNN Business.
In the early afternoon, Bennet, the editorial page editor, defended publishing Cotton’s op-ed in an article, while also acknowledging it had bothered many Times staffers.

“Cotton and others in power are advocating the use of the military, and I believe the public would be better equipped to push back if it heard the argument and had the chance to respond to the reasoning,” Bennet wrote. “Readers who might be inclined to oppose Cotton’s position need to be fully aware of it, and reckon with it, if they hope to defeat it.”

In an interview on Fox News Thursday evening, Cotton sharply criticized The Times for saying his op-ed didn’t meet its standards. Cotton noted that the op-ed had been defended by Bennet, and said the newspaper had caved to a “mob of woke kids.”

Wednesday’s publication of Cotton’s op-ed isn’t the first time that the Times’ opinion section, under Bennet, has generated criticism. In fact, Bennet’s tenure has been marked by a series of high-profile blunders.