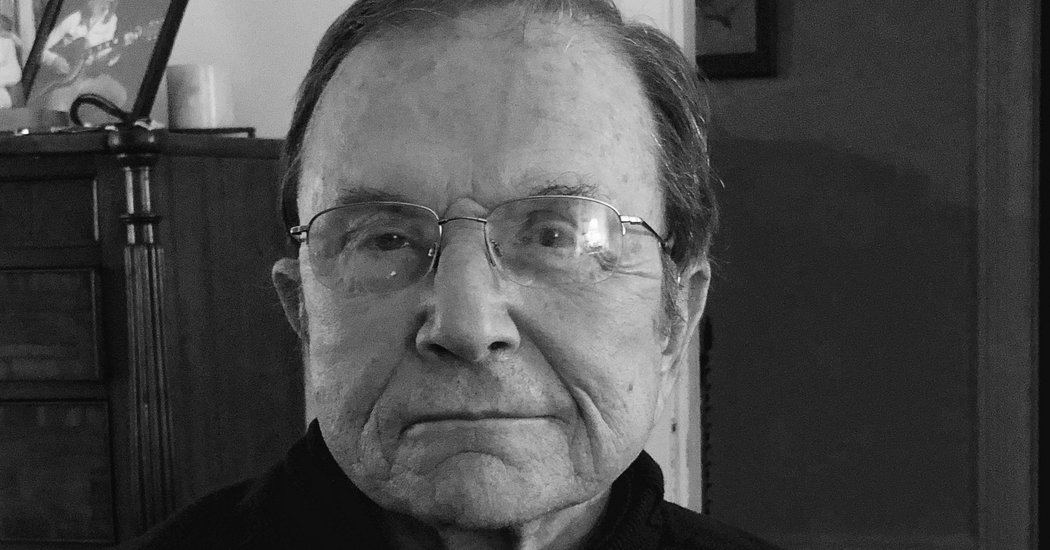 Nick Kotz, a Pulitzer Prize-winning journalist and author who exposed health hazards in the nation’s slaughterhouses, the gamut of hunger in America and the politics behind the Pentagon’s B-1 bomber, died on April 26 in Broad Run, Va. He was 87.

His wife, Mary Lynn Kotz, an author, said he died in an accident on his cattle farm after he had mistakenly left his 2006 Mercedes in neutral as he tried to retrieve a package from the back seat. The car struck him as it rolled backward.

Mr. Kotz was a Washington correspondent for The Des Moines Register and its sister paper The Minneapolis Tribune when he wrote a series of articles in the mid-1960s on the unsanitary and unsafe conditions in meatpacking plants He found that many plants were not subject to federal inspection because they were not engaged in interstate commerce.

The series brought him the Pulitzer Prize for national reporting in 1968. In their citation, the Pulitzer judges said that Mr. Kotz’s articles had “helped insure the passage of the Federal Wholesome Meat Act of 1967,” which extended federal standards to all manufacturers.

When the Pulitzer Prize was announced, the consumer advocate Ralph Nader, who had collaborated in publicizing Mr. Kotz’s findings, said Mr. Kotz’s articles were “a classic performance of objectivity, timeliness, stamina and thorough coverage” that demonstrated “how investigative journalism can break through the elaborate obstructions to information flow on the part of both government and industry.”

Mr. Kotz was a national investigative reporter for The Washington Post from 1970 to 1973 covering civil rights and organized labor. He later contributed to The New York Times Magazine and other publications.

His books include “Let Them Eat Promises: The Politics of Hunger in America” (1971); “A Passion for Equality: George A. Wiley and the Movement” (1977), which he wrote with his wife; “Wild Blue Yonder: Money, Politics, and the B-1 Bomber” (1988); and “Judgment Days: Lyndon Baines Johnson, Martin Luther King Jr., and the Laws that Changed America” (2006).

In addition to the Pulitzer, Mr. Kotz won the Robert F. Kennedy Award for Excellence in Journalism, the National Magazine Award for public service and the Sigma Delta Chi Award for Washington correspondence. At his death he was completing a memoir about his writing career.

Nick Kotz was born Nathan Kallison Lasser on Sept. 16, 1932, in San Antonio to Benjamin and Tibe (Kallison) Lasser. His father handled advertising for the family farm supply business. After his parents divorced when he was an infant, he was brought up by his mother and maternal grandparents. His mother later headed a real estate company.

In 1945, she married Dr. Jacob Kotz, and the family lived in Washington, where Nick, as he was known, graduated from the private St. Albans School.

After graduating from Dartmouth in 1955 with a degree in history and international relations, he was awarded a James B. Reynolds Scholarship to the London School of Economics. When a friend recommended that he take a class in contemporary American literature there, he decided to become a writer.

Mr. Kotz served as a lieutenant in the Marines in Japan before he was hired as a reporter by The Des Moines Register in 1958. He had chosen The Register from a list of midsize newspapers recommended by his mentor, D.B. Hardeman, an assistant to Sam Rayburn, the Texas Democrat who was speaker of the House.

While working in Des Moines, he encountered a fellow journalist, Mary Lynn Booth, at a party as she was preparing to leave for a magazine job in New York. After they met, she decided to remain in Des Moines. They married in 1960.

In addition to his wife, Mr. Kotz is survived by a son, Jack, and a grandson.

In his latest book, “The Harness Maker’s Dream: Nathan Kallison and the Rise of South Texas” (2013), Mr. Kotz wrote about his grandfather, a Jewish refugee who fled Ukraine in 1890 and built a ranch and the largest farm supply business in the American Southwest.

“As a veteran journalist and historian, I only now have become fully aware that the most important history of our country is not found in the grand events of wars and presidencies,” Mr. Kotz wrote, “but rather in the everyday lives of our citizens, how they worked hard to support their families; how they coped with hardships, discrimination and human tragedy; and how they contributed to their own communities and nation.”