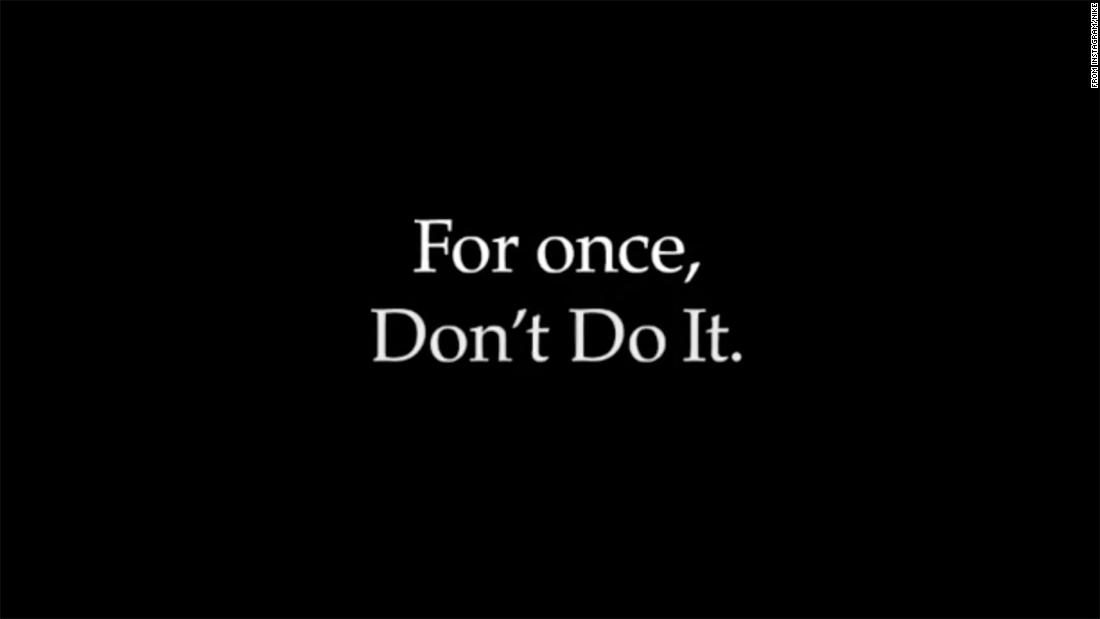 Friday evening, Nike posted a text-only video on its social media accounts with messaging encouraging people to “For once, Don’t Do It,” a play on the brand’s iconic slogan that’s recognized around the world.

Nike’s message comes four days after George Floyd, 46, died in police custody in Minnesota with his last moments caught on video. While being arrested, Floyd was held down by a Minneapolis police officer’s knee. The video shows Floyd pleading that he is in pain and can’t breathe. Then, his eyes shut and the pleas stop. He was pronounced dead shortly after. The officer was arrested Friday and charged with murder.
This isn’t the first time Nike has used their slogan for more than just sports.

“Nike has a long history of standing against bigotry, hatred and inequality in all forms,” Nike said in a statement to CNN Saturday. “We hope that by sharing this film we can serve as a catalyst to inspire action against a deep issue in our society and encourage people to help shape a better future.”

To mark the “Just Do It” slogan’s 30th anniversary in 2018, Nike released an ad with Colin Kaepernick, the former San Francisco 49ers quarterback who kneeled in protest during the National Anthem for a preseason NFL game. In this ad, Nike weighed in on protests during the National Anthem over racial injustice in the NFL, and the ad was preceded by Nike’s “Equality” campaign. Launched in 2017, that campaign focused on how sports can break down barriers.