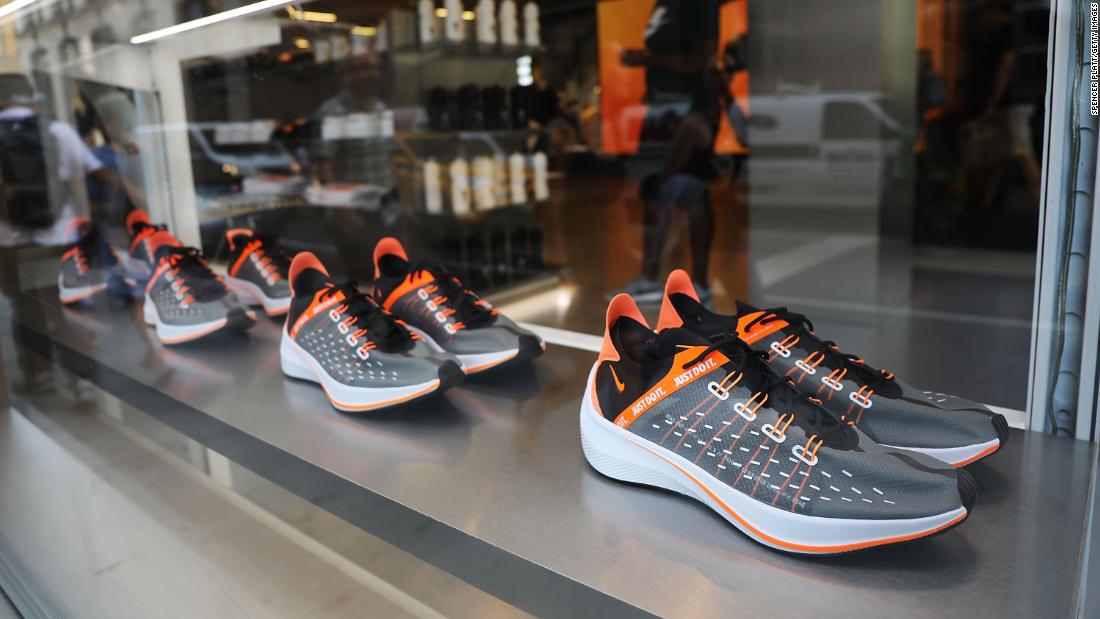 The sportswear giant joins a growing number of companies that announced this week they are making Juneteenth, the oldest known US celebration of the end of slavery, an annual company holiday. Twitter (TWTR), Square (SQ) and Vox Media also plan to do the same.
Nike (NKE) CEO John Donahoe made the announcement in a letter to employees Thursday, along with several other actions the company plans to take in light of nationwide demonstrations calling for racial justice.

Juneteenth honors the day in 1865 on which, more than two years after the Emancipation Proclamation was issued, Union soldiers landed in Galveston, Texas, and announced the news of the proclamation to enslaved African Americans. That coastal area of Texas was the last to hear that the Civil War had ended two months earlier.

“At Nike, Inc., we aspire to be a leader in building a diverse, inclusive team and culture. We want to be better than society as a whole,” Donahoe said in the letter. He added that observing Juneteenth is an opportunity “to better commemorate and celebrate Black history and culture.”

Although Nike has relied on black athletes and talent to build and market its brand, Donahoe acknowledged that the company’s culture may not be as welcoming to black employees.

“As I have listened deeply during my first six months and over the past few weeks, what I have learned is that many have felt a disconnect between our external brand and your internal experience,” Donahoe said. “You have told me that we have not consistently supported, recognized and celebrated our own Black teammates in a manner they deserve. This needs to change.”

Companies’ acknowledgment of Juneteenth is a good first step, said Meredith Clark, an assistant professor of media studies at the University of Virginia.

“It is a nice symbolic gesture,” Clark said. “I’m never going to frown at a company recognizing a day that is culturally important to so many Americans, really to all of us. But at the same time I want to see that sort of action matched with commitment to changing the culture inside these organizations.”

In addition to other efforts, Donahoe said Nike’s board and executive team also plan to set targets for diversifying the company’s workforce, with a focus on increasing the number of black, Latinx and women employees. He said the company plans to regularly track and measure its progress, though he didn’t provide further specifics on how the initiative would be carried out.

The announcement follows a similar pledge by competitor Adidas (ADDYY) this week to fill at least 30% of its new positions with black or Latinx workers.