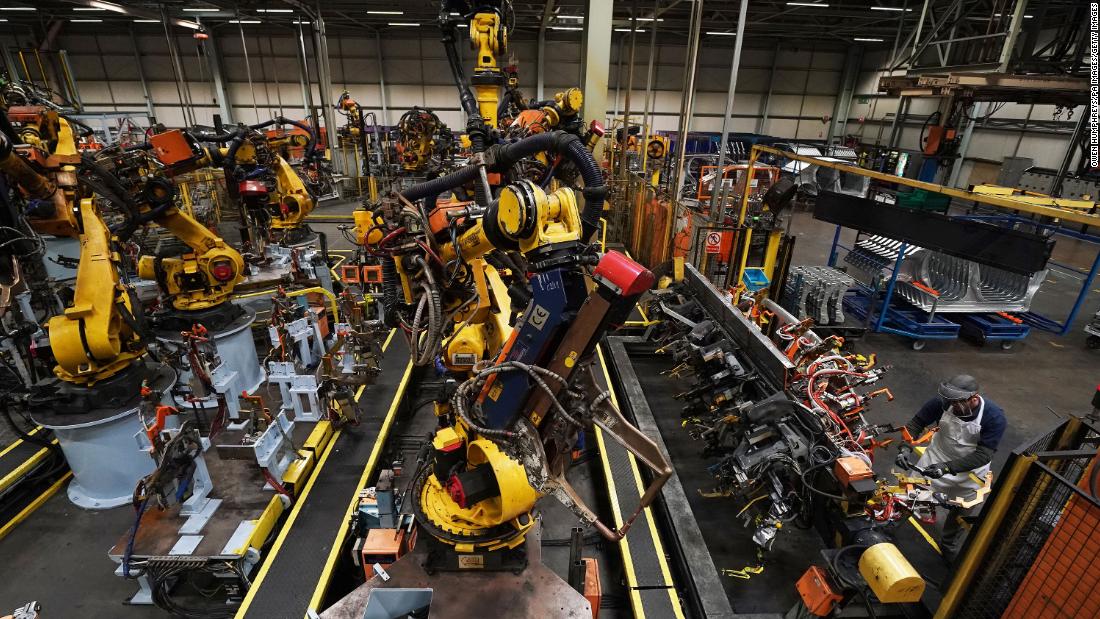 Nissan has warned that its massive plant in Sunderland won’t be sustainable if the United Kingdom fails to strike a new deal with the European Union that maintains tariff-free trade in cars.

“If we are not getting the current tariffs — it’s not our intention but the business will not be sustainable,” Nissan chief operating officer Ashwani Gupta told the BBC. “That’s what everybody has to understand.”
The plant in Sunderland employs around 6,000 people, and its supply chain supports another 27,000 jobs, according to Nissan (NSANF). The factory was churning out 442,000 cars a year as recently as 2018.

But its future has been the subject of intense speculation since the Brexit vote in 2016.

EU membership allowed vehicles made in the United Kingdom to be exported across the bloc without facing tariffs, a benefit that Britain will lose unless it can strike a new trade deal with the European Union.

If a deal is not reached, vehicles made at Sunderland will face tariffs of 10% when sold into EU markets.

The threat of new trade barriers has forced Nissan to take action. Last year, it scrapped plans to build its new X-Trail SUV at the factory, saying that uncertainty over Brexit was partly to blame.

Britain left the European Union in January and a transition period designed to protect trade ends in December. Yet little progress has been made in talks on a new deal, and the British government says it will not extend negotiations beyond the end of the year.

The auto industry has much at stake. Global automakers who built factories in Britain are particularly vulnerable to any changes that disrupt their just-in-time supply chains and production, eroding profit margins at the worst possible time.

The industry had already suffered two years of declining global sales before the coronavirus pandemic struck, forcing factories and dealerships around the world to close. Sales have dropped off a cliff, and there are few signs of a rebound.

With the pandemic continuing to rampage across the globe, Nissan has undertaken a major restructuring of its alliance with Renault (RNLSY) and Mitsubishi Motors. The plan, announced last week, calls for continued production at Sunderland, which makes crossover SUVs that have proven popular with customers.

But the strategy will see Nissan take a backseat to its French partner in Europe. Nissan will continue to operate on the continent, but it has announced plans to close a plant in Barcelona.

Mujtaba Rahman, managing director for Europe at Eurasia Group, said in a research note that Prime Minister Boris Johnson will come under pressure to reach a trade deal in order to prevent companies that are already reeling from the coronavirus shutdown from being hit with new regulations and tariffs. But that won’t be enough to stop Johnson from walking away from talks if he wants to, according to Rahman.

Nissan did not respond Wednesday to a request for additional details about its plans for the Sunderland plant.