No, Elon Musk did not say Tesla was leaving California. At least not yet 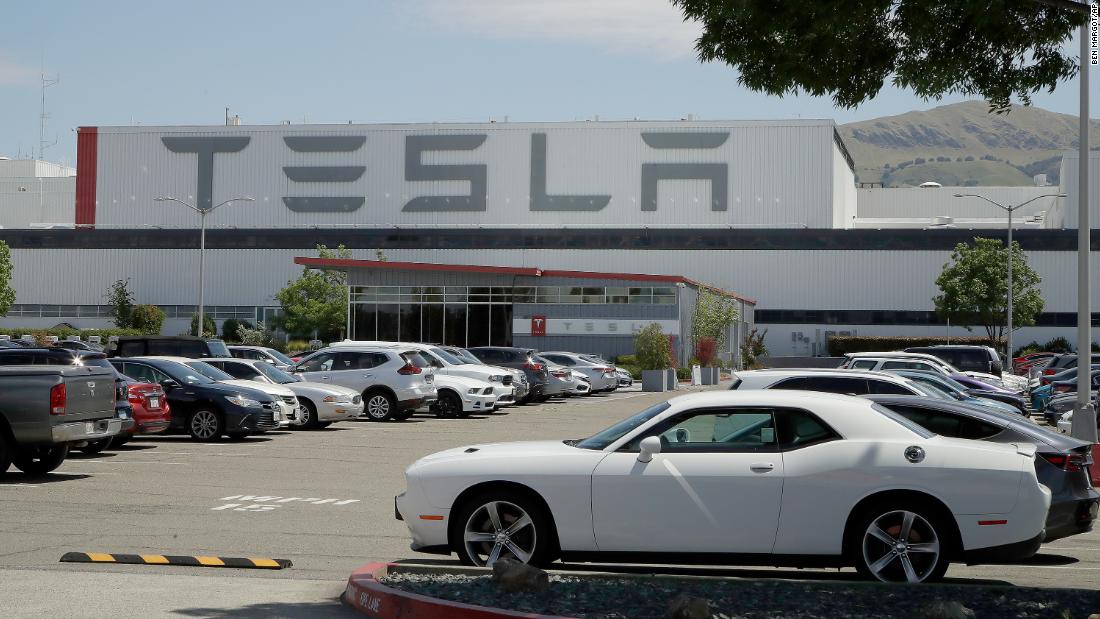 “Tesla will now move its HQ and future programs to Texas/Nevada immediately,” Musk said on Twitter, where he also announced that the company filed a lawsuit against Alameda County after local officials refused to let the company reopen its Fremont, California, factory.
Many seemed to take Musk’s statement as an immediate threat. Even Treasury Secretary Steven Mnuchin, speaking on CNBC, sounded as if Musk was threatening to move Tesla’s production out of the state.

“He’s one of the biggest employers and manufacturers in California, and California should prioritize doing whatever they need to do to solve those health issues so that he can open quickly or safely or they’re going to find, as he’s threatened, he’s moving his production to a different state,” Mnuchin said.

Indeed, that would be a threat local officials would likely be concerned about. Today, the Fremont, California, factory can produce as many as 400,000 vehicles annually. And Tesla’s campus there employs more than 10,000 people, according to Tesla. (It’s not clear how many of those people work on the production line as opposed to management, engineering or other roles.)

But a car factory is not something that would be easy to pack up and move on short notice. Even if Musk was fortunate enough to find an existing factory site in Texas or Nevada, as he did in Fremont a decade ago, the coronavirus threat will likely have passed by the time all that happens.

Let’s take a careful walk through Musk’s tweets, keeping in mind that his Twitter account can be a confusing and unpredictable place for a stroll. Tesla has not responded to emails requesting comment or clarification on its plans or on Musk’s tweets.

The tweet that sparked the latest hullabaloo came as part of a broader disagreement Musk has been having with the local government in Alameda County for refusing to allow the automaker to restart production after it had been shut down for six weeks to help stop the spread of the coronavirus. At nearly the same time as the tweets on Saturday, Tesla filed suit against the county, asking to to be allowed to reopen the factory.
In his tweet, it’s unclear what Musk means by “future programs” but, assuming he means production of vehicles like the Cybertruck, Tesla Semi and Roadster, Tesla has previously said it will build assembly facilities in other locations as its product lineup expands. Tesla is already utilizing all of its Fremont factory space so it’s no surprise that Tesla would build factories for “future programs” elsewhere.

But Musk also said Tesla would move its “HQ,” or headquarters. That could mean a lot. Or it could mean nothing.

But the definition of a “headquarters” is far from concrete. It doesn’t have to mean all that much. In 2014, General Motors’ Cadillac luxury brand moved its headquarters from Detroit to Manhattan’s trendy Hudson Square neighborhood. While some executives had offices there, they still spent a lot of time in Detroit and Cadillac’s new cars and SUVs were still designed and engineered at GM’s design studios near Detroit. After just four years, the decision was reversed and Cadillac’s headquarters officially moved back to Michigan.

Tesla moving its headquarters could, potentially, mean as little as Musk renaming an office in Texas or Nevada — states where Tesla and his other company, SpaceX — already have operations, as “Tesla’s headquarters.” Or it could mean that Tesla vacates Fremont, leaving only the actual factory there.

Regarding that factory, Musk has only threatened to close it if local officials don’t cooperate with him. “If we even retain Fremont manufacturing activity at all, it will be dependen[t] on how Tesla is treated in the future,” Musk wrote.

On Monday, Musk decided to take matters into his own hands, tweeting that he was restarting production in defiance of local officials.
In response, county health officials released a statement saying that they were still working with Tesla in an an agreed upon plan to safely reopen the factory.

“We are addressing this matter using the same phased approach we use for other businesses which have violated the Order in the past, and we hope that Tesla will likewise comply without further enforcement measures,” the county agency said.