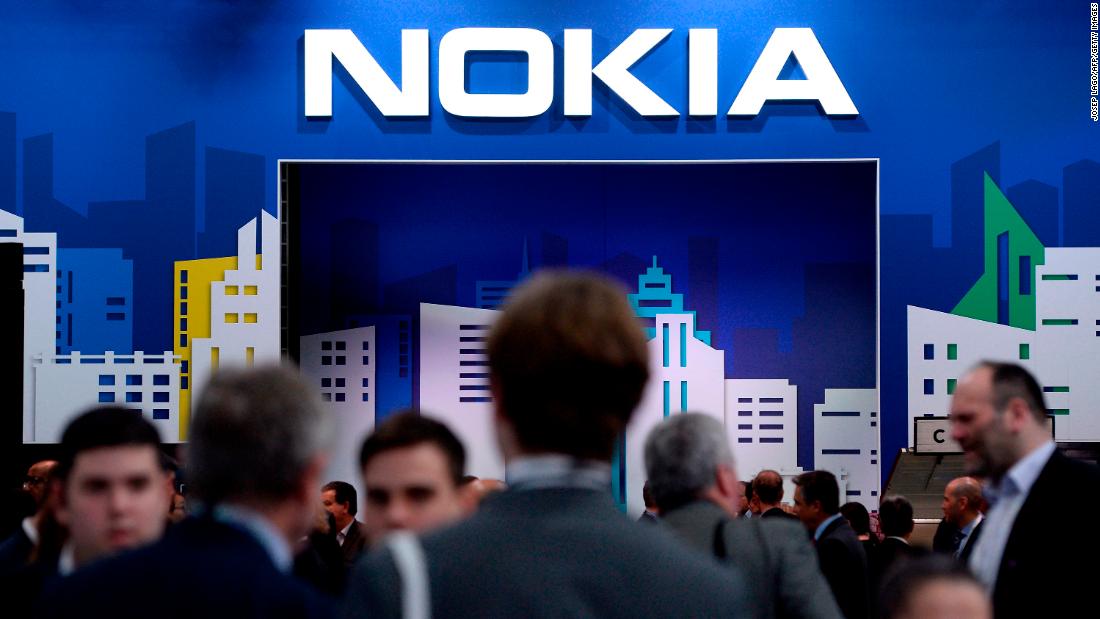 The Finnish company announced Monday that CEO Rajeev Suri would step down in August after six years at the helm. He will be replaced by Pekka Lundmark, who is currently president and chief executive of Fortum, a Finnish energy firm.

Nokia, one of the world’s top three telecom gear vendors, has been locked in a fierce battle with Huawei and Ericsson (ERIC) for years.
Despite the Chinese firm’s recent problems in the United States, Europe and Australia, Nokia has been slow to capitalize on the opportunity, lagging behind its competitors as they vie to provide gear for wireless network carriers for the next generation of super-fast internet that is expected to transform communications.
As of last month, Huawei said it had won at least 91 commercial 5G contracts, while Ericsson and Nokia claimed 81 and 68 deals respectively.
Business has suffered significantly in recent months. The company’s shares have fallen 46% since March 2019. In October, the company delivered more bad news, saying it would suspend its dividend so it could free up resources to continue investing in 5G.

End of an era

Suri, an Indian-born Nokia veteran, started his career at the company as a marketing manager in 1995 and eventually worked his way up to become CEO of Nokia Solutions and Networks, the equipment unit that was jointly owned by Nokia and Siemens (SIEGY).
During his tenure there, he was credited with achieving “a complete turnaround” of the business, raising its overall value from approximately €1 billion ($1.1 billion) to more than €10 billion ($11 billion), the company said.
In 2014, Suri was named chief executive of Nokia, based at its headquarters in Espoo, Finland. He oversaw the company’s $16.6 billion acquisition of France’s Alcatel-Lucent in 2015, and later also pushed for Nokia to bring back its once popular cell phones — Nokia sold its mobile unit to Microsoft (MSFT) a year before Suri became CEO.

In a statement Monday, the board said that Suri had informed them some time ago of his interest in stepping down once a successor was in place.

“After 25 years at Nokia, I have wanted to do something different,” Suri said in the company statement. “Nokia will always be part of me, and I want to thank everyone that I have worked with over the years.”

At a press conference Monday, Nokia chairman Risto Siilasmaa implied that fresh blood was needed. He said that the firm had considered candidates both internally and externally before settling on a decision, and “for those internal candidates, we decided that now was not the time.”

The board is instead betting that Lundmark, who previously held various positions at Nokia’s network business in the 1990s, will be a steady hand for the firm.

In the statement Monday, Nokia praised Lundmark’s track record at Fortum, saying he had “consistently delivered robust total shareholder returns, successfully renewed the company’s strategy, and positioned it to be a strong player in the transforming global energy sector.”

“With the acquisition of Alcatel-Lucent behind us and the world of 5G in front of us, I am pleased that Pekka has agreed to join Nokia,” said Nokia chairman Risto Siilasmaa.

Suri isn’t the only top executive leaving. Siilasmaa is also slated to step down later this year, and will be replaced by Sari Baldauf, the board’s current vice chair.

Suri will remain an adviser to the board until next year.