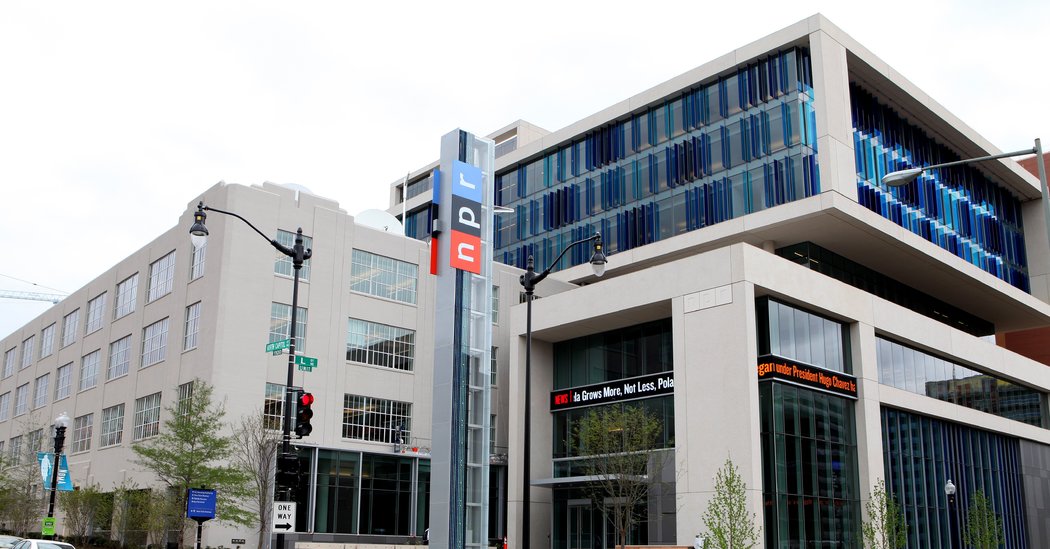 National Public Radio, the purveyor of “Morning Edition,” “All Things Considered” and “Planet Money,” is cutting executives’ pay to combat the effects of the economic collapse brought on by the coronavirus pandemic.

The radio and podcasting giant does not run traditional advertisements, but nearly one-third of its revenue has come from corporate sponsors like Angie’s List, General Motors, State Farm and Trader Joe’s.

In an email to the staff on Friday, John Lansing, who joined the nonprofit as chief executive in September, projected that NPR would fall $12 million to $15 million short of the amount it had expected to receive from sponsors this year. He described the pay cuts as a way for NPR to avoid layoffs.

“We do not have any position eliminations on the table now,” Mr. Lansing said in the email, which was reviewed by The New York Times, “and it is our goal to avoid them as much as is reasonably possible.”

Mr. Lansing’s own pay will be reduced by 25 percent, said Isabel Lara, an NPR spokeswoman; other NPR executives will have their salaries cut by 10 to 15 percent.

In the email, Mr. Lansing projected a budget deficit of $30 million to $45 million. NPR was looking to save as much as $25 million in costs through the pay cuts and by keeping a close eye on discretionary spending, he said.

Ms. Lara declined to confirm the figures in the email. “NPR is taking a significant budget hit because of the economic lockdown,” she said in a statement, adding that its “main priority is to preserve jobs.”

Paul G. Haaga Jr., the chairman of NPR’s board of directors, said he believed NPR was built to withstand tough economic times. “My personal view is, I don’t think we’re going to need to make huge permanent cuts that will undermine the mission,” Mr. Haaga said. “We’ve got a lot of reserves, we’ve been prudent in our finances and our investment management. That’s going to benefit us in this difficult time.”

At least 33,000 workers at news organizations in the United States have had their pay cut, been furloughed or lost their jobs since the virus started spreading through the country.

People are consuming more news than usual. Monthly readership of NPR’s website has more than doubled, Ms. Lara said, and average weekly streaming of its radio shows has gone up 31 percent since the crisis began. Podcast downloads have also increased.

Created in 1970, NPR receives roughly 1 percent of its budget from the Corporation for Public Broadcasting, a federal entity controlled by Congress, which approved $465 million for public media for the 2020 fiscal year. As part of the annual White House budget request released in February, President Trump recommended slashing federal funding to the Corporation for Public Broadcasting to $0 by 2023.

The majority of NPR’s revenue comes from corporate sponsorships and fees from member stations around the country. Rob Risko, the director of membership at Southern California Public Radio, said on Monday that his station was projecting losses into next year.

In his email to the staff, Mr. Lansing said the pandemic made it difficult to predict NPR’s future. “I expect by mid-May/June, we’ll have a better sense of what steps we may need to take this year,” he wrote.