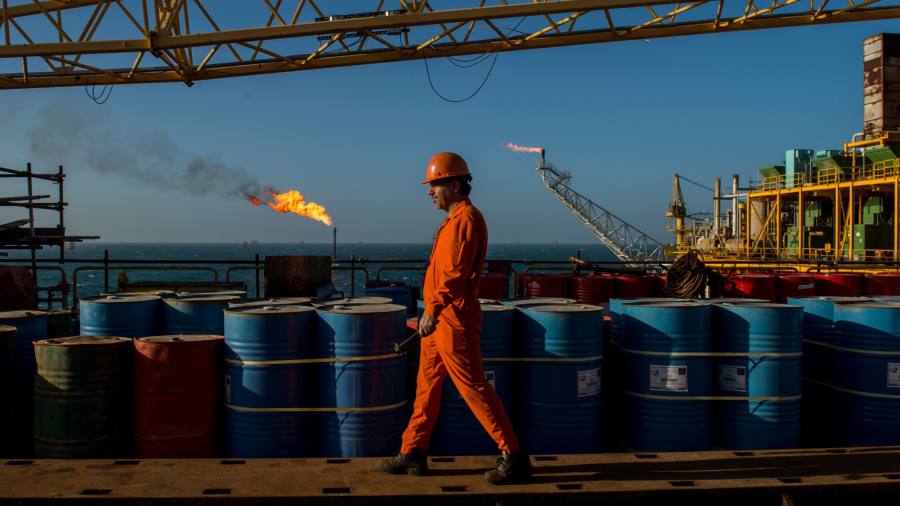 Oil prices and US stock futures rebounded from a momentous sell-off a day earlier as investors bet that policymakers would come to the rescue with new stimulus measures to soften the economic blow from coronavirus.

Despite fears of an oil price war, coronavirus pandemic risk and Monday’s historic rout preying on investors’ minds, traders said a “thin semblance of sanity” returned to Asian markets on Tuesday. A day earlier oil plunged by a quarter in its sharpest one-day drop since the 1991 Gulf war, while the 7.6 per cent fall in the S&P 500 was its biggest single day fall since the global financial crisis.

Brent crude, the international oil benchmark, rebounded 5.8 per cent to $36.38 a barrel on Tuesday, while US marker West Texas Intermediate rose 4.9 per cent to $32.64. S&P 500 futures tipped the US benchmark to rise 2.2 per cent when trading begins later in the day.

The fading sense of panic on Tuesday prompted investors to sell havens, which have rallied furiously in recent weeks. The 10-year US Treasury yield jumped 8 basis points to 0.624 per cent, after having dived below the important 0.5 per cent threshold for the first time on Monday. The 30-year Treasury yield climbed 12 basis points and back above 1 per cent. Bond prices fall as yields rise.

Those moves followed a promise by President Donald Trump of a “major” economic relief package to reduce the negative impact from the Covid-19 outbreak, including a possible payroll tax cut.

Traders said that despite the relentless flow of bad news there were several “stabilisers”, including the yen’s weakening past ¥103 to the US dollar after its weekend surge above that important threshold.

But traders in Tokyo and Hong Kong warned that the calm was likely to be fleeting and that indicators in most asset classes remained alarming.

We are at a critical moment. The market is striking a fragile balance

Tuesday’s drop for the Topix came despite Japan’s central bank buying just over ¥100bn worth of exchange traded funds on Monday, its third attempt in 10 days to offer support to a market that has underperformed indices in countries that have been harder hit by the coronavirus.

“You’ve got a thin semblance of sanity in the market today, but we are talking very thin indeed,” said one Tokyo-based broker. “There are some stabilisers out there — the low oil price is actually not bad for some of these big Asian economies — but there is nothing in the news that makes anything look remotely settled.”

Analysts were sceptical that Brent could hold on to Tuesday’s gains given Saudi Arabia’s plan to increase oil output. Citigroup said the global benchmark “looks like it will fall below $30 a barrel, with no clear end in sight for a new price range”.

Margaret Yang, a market analyst with CMC Markets, said some investors had returned to the market to look for bargains after Monday’s rout but warned that signs of a recovery were fragile.

“We are at a critical moment,” she said. “The market is striking a fragile balance between a very weak fundamental picture and all kinds of stimulus hopes.”